Building Your Own Gingerbread Home 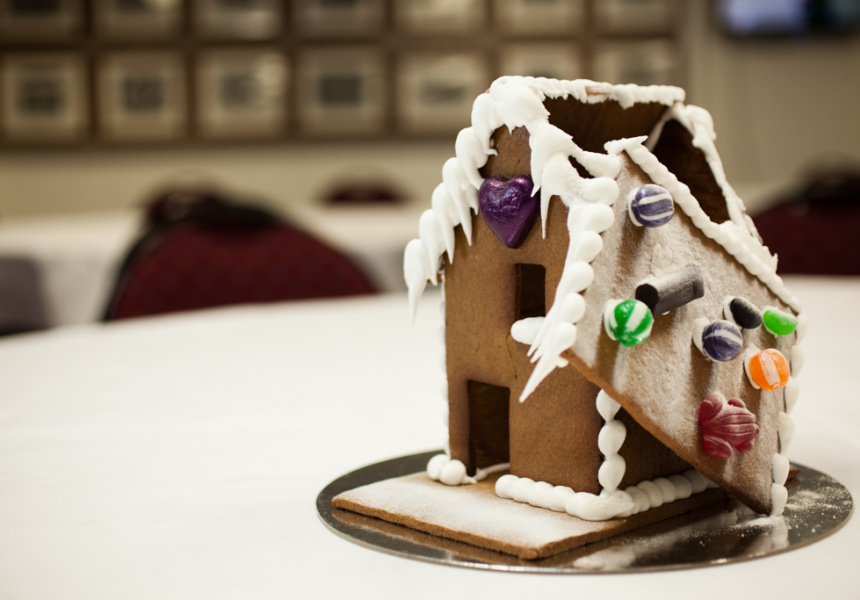 Every Christmas, an entire city intricately crafted from gingerbread appears at Melbourne Town Hall. Its construction is not the work of small, supernatural, pointy-eared beings, but rather the team at Epicure Culinary Centre.

Head pastry chef, Deniz Karaca, has literally a lifetime’s experience in building gingerbread houses. “My mum used to do them when we were kids,” says Karaca. “She would do all the bits, then we’d just stick it all together. You try and get as many lollies inside as possible. It was great.”

And while we don’t all possess Karaca’s expertise in gingerbread building, he shared the recipe and blueprints with us so anyone can easily build their own at home.

Preheat over to 180°C. Using an electric beater, beat the butter and sugar in a bowl until pale and creamy. Add the treacle syrup and egg yolk and beat until combined. Stir in the flour, gingerbread spice and bi-carb soda. Turn onto a lightly floured surface and knead until smooth. Press dough into a slab. Cover with plastic wrap and place in the fridge for 30 minutes to rest.

With a rolling pin on a slightly floured surface, roll out the dough until about 4mm thick. Use a knife and stencil to cut out shapes. Place on trays about 3cm apart. Repeat with any excess dough.

Bake in the oven at 180°C for 10 minutes or until brown. Remove from oven. Transfer to a rack to cool.

Combine all ingredients in a bowl using a wooden spoon. Cover the bowl with a wet towel until ready to use.

Pipe icing along the edges of the four walls, and attach them to the base, leaving the roof until last. To decorate, source colourful sweets of your choice, such as chocolate buttons, lollies, and sprinkles. To apply, pipe royal icing onto area and fix decoration on top.