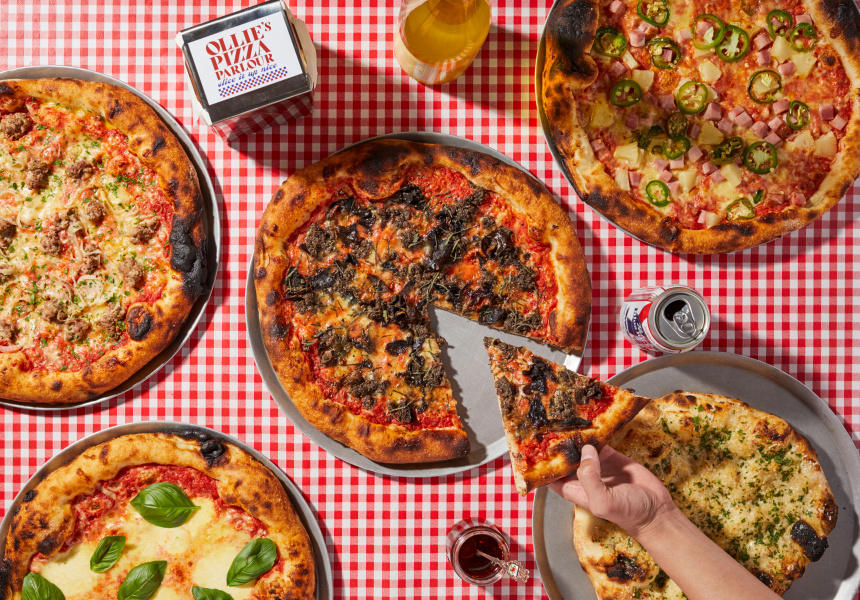 When Spitfire opened last year as the front bar to bandroom Stay Gold, the monstrous woodfired oven – painted green with glaring eyes and a toothy snarl – took pride of place in the kitchen. It churned out roasted veggies, charcoal chook and some excellent souvas (one of which was among the best things we ate last year).

But after some installation issues caused a small kitchen fire, the beast had to go. And it couldn’t be Spitfire without the smoke and flames.

“We had to scratch the idea of wood fire and start something new,” head chef and co-owner Blair Williams tells Broadsheet. “With the nightclub out the back, we wanted something accessible like a pizza parlour, while keeping in mind that it’s a front bar that can get pretty debaucherous and rock’n’roll late at night.”

The team spent lockdown 1.0 renovating: tearing the kitchen apart to remove the old oven (and install a new double-decker electric one), putting in semi-private booths, and plastering the walls with stickers and posters in a throwback to ’90s skate-punk. After months of prep, the official opening for Ollie’s Pizza Parlour was set. But it was the same day Melbourne was placed back into stage-three lockdown.

Williams was hell-bent on making it work, though. “Look, I’ve got a window in the kitchen facing Sydney Road and I just said, ‘I don’t care what happens, I’m slinging whole pies out this window a couple nights a week because I just want to make pizza.’”

As with any good pie, it’s all about the dough. Here it starts with two days of cold fermentation before it’s hand-stretched into 13-inch discs. “It’s not New York pizza, it’s not proper Neapolitan pizza, it’s just our version of pizza that we love,” Williams says.

There are classic takes: pepperoni, developed and cured exclusively for Ollie’s; a slightly zhooshed-up Hawaiian with pickled pineapple and fresh jalapeno; and a vego number with mixed forest mushrooms and sage.

Less common is the White Pie, a New Haven-style pizza. It’s got a white, garlicky base topped with a chowder-like clam cream, fresh clams, parsley, lemon zest and heaps of chilli. Each week, a guest pizza jockey is in charge of the specials – so far there have been chefs, musicians (such as Melbourne band Batz) and friends who’ve been part of the Stay Gold story.

On the menu’s snackier side, there are mozzarella sticks with Kiwi onion dip (French onion soup powder mixed with reduced cream), herb- and parmesan-topped savoury doughnuts with white anchovies and pickled shallots, and half a head of deep-fried broccoli doused in buttermilk and mayo.

And for dessert? Gelati from Bico down the road. Expect flavours such as pistachio and vegan chocolate, as well as a boozy, limited-edition one that changes every few weeks (there’s been mandarin-cello, and a Baileys number with a chocolate and peanut-butter brittle topping).

Booze-wise, get natty wines from local producers (such as Jamsheed), plus Stomping Ground, Fixation and The Grifter Brewing Co beers. And when Ollie’s opens post-lockdown, the drinks list will have a strong amaro focus.

This article first appeared on Broadsheet on September 22, 2020. Some details may have changed since publication. 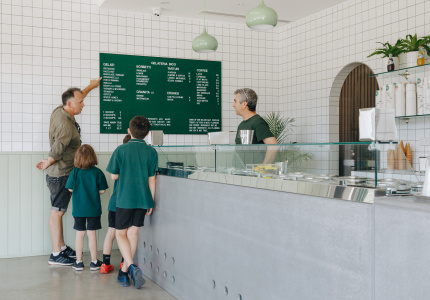 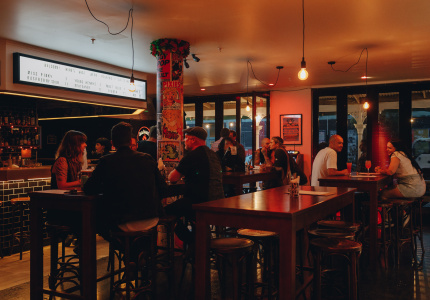