The Brûlée Cart Takes on the Trucks

Brothers Bart and Jack White had a dream: mobile crème brûlée. Now, thanks to a successful crowdfunding campaign, it’s a creamy, caramelised reality. 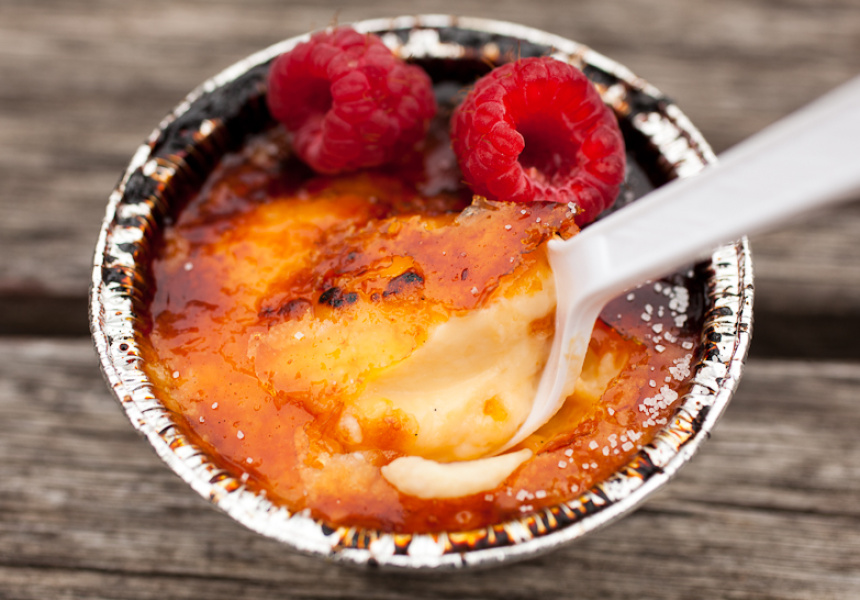 It was just after two in the afternoon when we went to visit Bart and Jack White’s latest portable kitchen, The Brûlée Cart, which is parked at Trailer Park on weekends during August. The only issue was that the hordes had already eaten everything. Whoever said the world didn’t need mobile brûlée was clearly very wrong.

Inspired by France’s delicious custard desserts, the White brothers called on their friends, family and fellow brûlée enthusiasts to help them set up their travelling pudding van. The pair raised $5530, enough to get the cart off the ground. “It’s good to have it up and running, finally,” says Jack. “There were some pretty long nights getting it ready.”

The Brûlée Cart isn’t the brothers’ first mobile food venture. When Jack was 15 and Bart 13, the pair set up their Belgian Waffle van, which toured music and food and wine festivals with their parents in tow. “We started that just so we didn’t have to get a job at Coles or Maccas,” Jack says.

The Brûlée Cart keeps it pretty simple: the guys have a big cook up the night before using local vanilla, cream and eggs. The nascent brûlée are then refrigerated, before staff whip out the blowtorch to scorch the desserts to order. “I wanted a product that was mess-free but still had theatre and could be pre-prepped beforehand,” explains Jack. While there are rotating seasonal flavours every week, the classic French Vanilla will remain a constant.

For the month of August, The Brûlée Cart is parking every weekend at Trailer Park, a gathering of food trucks on St Kilda Road. But where it travels in the future is anyone’s guess. “It’s just great to be able to pull up and be in a different atmosphere the whole time,” says Jack. “I’m up for anything. Anywhere where there’s people, we’ll turn up.”

The Trailer Park gathers every Saturday and Sunday from August 3 at Village Melbourne. 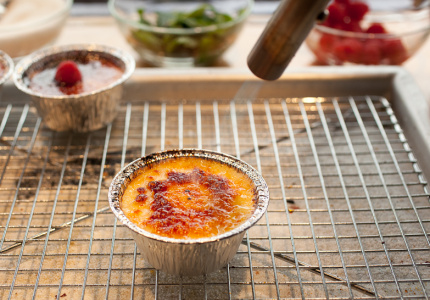