A Brothl on Your Break 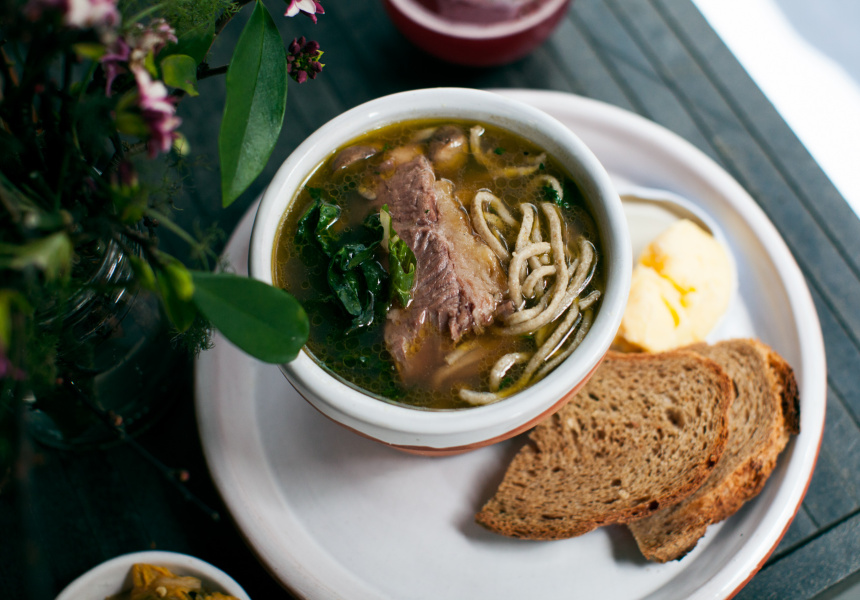 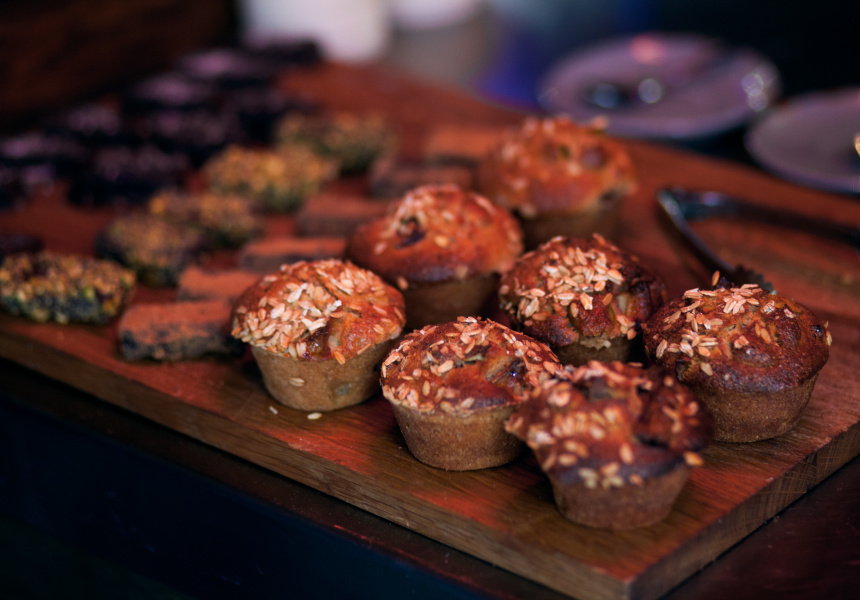 If you’re wandering the laneways of the CBD and find yourself strangely drawn to a neon Brothl sign on Hardware Street, you won’t be greeted by ladies of the night. It’s simply a mischievous moniker for eco-enthusiast Joost Bakker’s revamped Silo cafe and restaurant, where nutrient-rich broth is the star of the menu.

Originally opened in 2012, the restaurant was given a lightning-quick, 10-day overhaul. It has been transformed into an eatery devoted to its most popular dish – broth. Unsurprising, really, with the current fascination with clean, healthy living rapidly consuming our Instagram feeds.

“Our obsession with vitamins is madness,” says Bakker, “but understandable, as there are no nutrients in most of today’s food.”

But this ain’t any old soup.  As with all Bakker’s products the emphasis is on no-waste and uses produce that many of us would chuck in the bin.

Made from the unused bones and offal sourced from restaurants such as Attica, Rockpool and The European, each broth is slowly stewed for the optimum period of time (in tank-collected Monbulk rainwater no less). Vegetables for eight hours, fish for 12, chicken for 24 and grass-fed cattle bone broth for 48 hours. There’s even an organic breakfast broth.

Once you’ve picked your broth it’s just a matter of adding the goodies to go with it, from seasonal veggies and poached chicken with house-made spelt noodles to sea bounty mussels, kimchi or even foraged kelp.

While the venue has changed since its Silo days, the “by Joost” signature is everywhere. There are hand-cut flowers from Bakker’s garden, all-natural paint and stools made from irrigation pipes and leather offcuts, all cleverly arranged in the intimate space. With seating around a central bench where the food is made, it’s just like sitting in someone’s kitchen, albeit a really super cool one.