Junior Sous Chef Gary Jihwan Kim will radically transform the celebrated Collingwood eatery into an authentic Korean kitchen – for one night only. 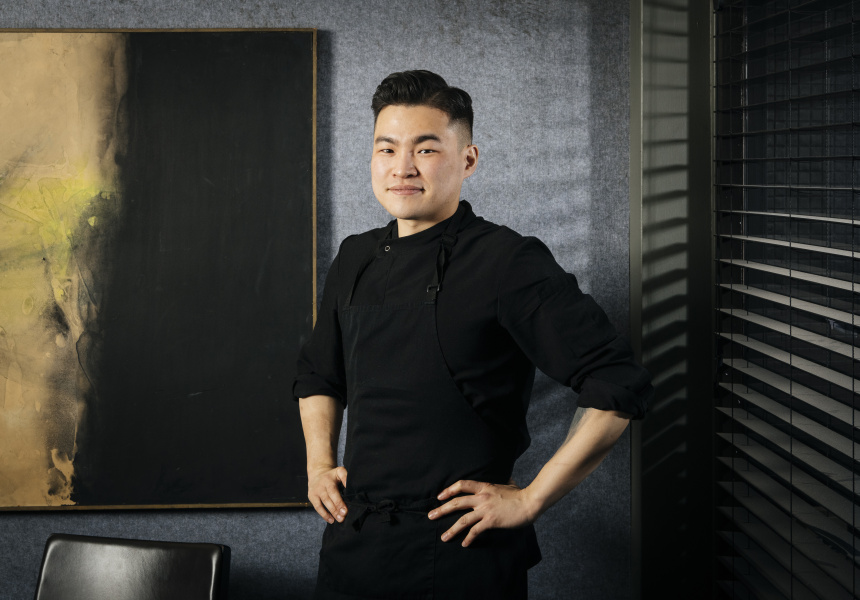 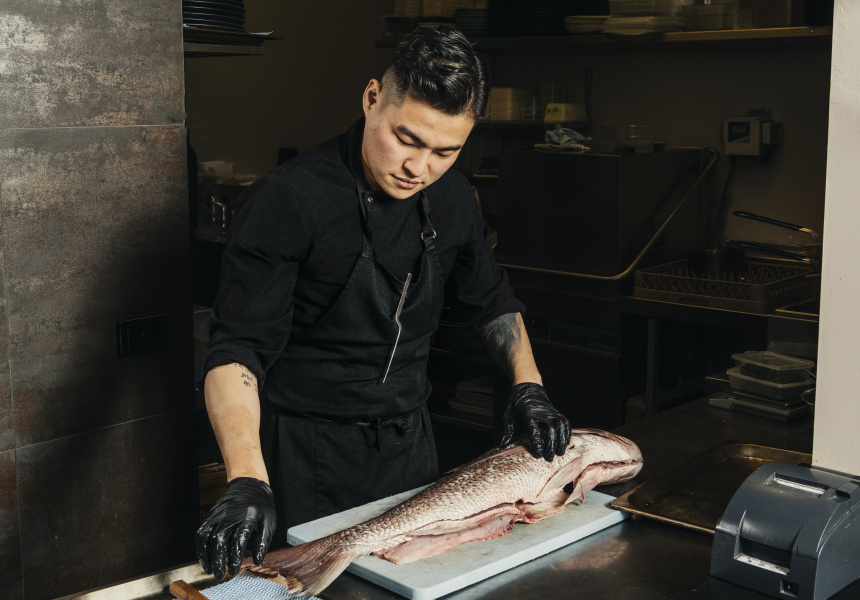 Ides in Collingwood is one of Melbourne’s most ambitious diners. Led by ex-Attica Sous Chef Peter Gunn, the stylish restaurant is renowned for its experimental and constantly changing menu. But it’s never transformed into the setting for a one-off Korean feast before.

So we’re doing just that. For one night only the Broadsheet Kitchen event series will land at Ides and Gunn’s protégé, Gary Jihwan Kim, the restaurant’s Junior Sous Chef, will step up to offer a snapshot of Korean cuisine in 2019.

The Korean-born Kim says he wants to use the takeover to showcase the depth and breadth of Korean cuisine. “I want to introduce Korean dishes that people haven’t heard of before,” he says, claiming that if you asked the average Melbourne diner to name a Korean dish, chances are they’d mention fried chicken and one or two types of kimchi, when, in fact, “there are a hundred different kinds of kimchi and so many seafood dishes”.

“All the dishes are inspired by a Korean ingredient or a Korean method of cookery,” says Gunn, who will mentor Kim through the event. “But we’re going to be presenting it and serving it in a modern-Australian, Western style. We’re really aiming to serve something unique.”

Guests of Broadsheet Kitchen at Ides will have the opportunity to sample ingredients not often seen in Melbourne, such as sesame leaves, dried pollock and bracken. While the finer points of the menu are still in development, Kim has locked in a format and is finalising his ideas for the dishes and ingredients he wants to showcase.

To start, he’ll present a Korean twist on the Western-style bread and butter service: instead of the house-made sourdough and cultured butter that currently appears on the Ides menu, Kim will serve diners a traditional steamed bun with a meaty, umami-rich broth for dipping, something Gunn is “really excited about”.

Kim also plans to elevate the staple side dish of rice to something more memorable. “If you go to a Korean restaurant in Melbourne, they’re going to give you plain, medium-grain rice,” he says, “but in Korea, we mix together rice, barley, black rice and beans – it’s really tasty.”

The main course is inspired by the cuisine of the Korean royal court, a tradition that evolved during the Joseon Dynasty, which ruled Korea for six centuries until the turn of the 20th century. Twelve dishes are served with rice and soup, a custom Kim plans to replicate during his Broadsheet Kitchen takeover. More than 10 accompaniments – among them Wagyu, mushrooms, garlic stems, pickled garlic and of course kimchi – will be served with Kim’s special Korean rice.

Gunn is full of praise for the junior chef, who has been an integral part of the Ides team for nearly two years. “Gary’s palate is really great,” says Gunn. “He’s been a big part of the creative process when we create dishes. What I’ve always done is to look to bring to the surface the strengths of my staff – when the opportunity presented itself to put a talent like Gary forward, it seemed like a natural thing to do.”

Kim, who spent several years in the Korean military, is a valuable, disciplined presence in the kitchen and a positive influence – which Gunn says rubs off on the team. “If you have someone who is leading the charge, people tend to get in line and follow suit,” he says.

He also praises Kim’s adaptability – a crucial characteristic in a high-pressure, compact workplace like the cosy kitchen at Ides. Any change to the menu – which happens regularly thanks to Gunn’s signature spontaneity – requires a complete overhaul of the kitchen’s systems and processes.

“Having a level head and confidence about what you need to get through the day is something that Gary’s got,” says Gunn.

Broadsheet Kitchen’s Korean Takeover at Ides is on Wednesday August 7 at 92 Smith Street, Collingwood. Tickets are $110. Additional drink pairings will be available.