A Guide to the Queen Victoria Market

From our new book, Broadsheet Melbourne Food, we bring you some unmissable stalls in the market at the beating heart of Melbourne. 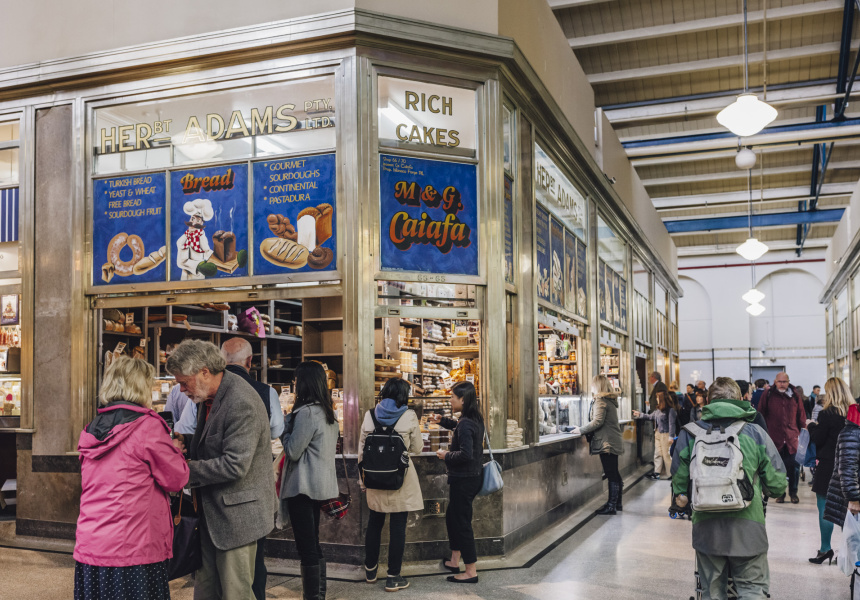 Broadsheet Melbourne Food is out now. An essential guide to incredible produce, it features the bakeries, butchers, delis, grocers, fishmongers, bottle shops and more that help take Melbourne's food culture to another level.

Established on a cemetery in 1878, Queen Victoria Market crept from Elizabeth up to Peel Street and continues to bloom. Almost 140 years later, these are a few of the stalls that provide the incredible quality that makes Queen Vic so vital.

Happy Tuna
In a market hall where it’s hard to make bad choices, Happy Tuna is a mainstay. Wayne Chitty and his family have been in this business four generations – his grandfather began working here in the 1920s. Accordingly, Happy Tuna’s staff has the answer to almost every conceivable question about seafood and will guide you through the day’s produce, which will likely include excellent sardine fillets, crayfish tail or whole baby snapper straight out of the Bay. There’s also a comprehensive source of sustainable, ethically caught and processed seafood, served by knowledgable staff who will happily discuss fishing practices.

Bill's Farm
School excursions are generally run for the benefit of students, but in the case of former high-school maths teacher Bill Tzimas, the gain was all his. It was on a school trip that he re-discovered the joys of market shopping, and chose to dedicate himself to cheese there and then. That was nearly 30 years ago. Now he’s a qualified cheese grader, a judge for the Australian Grand Dairy Awards and one of the best cheesemongers in town. Under his glass you’ll find haloes of Holy Goat’s La Luna, fromage de Meaux direct from the Brie region, and freshly moulded mozzarella by Vannella cheese in Cairns. To accompany all that dairy, Tzimas also stocks silvery Italian anchovies, genuine foie gras, barrel-aged vinegars and all the hits in cured meat: mettwurst, casalinga and saucisson.

M&G Caiafa
This bakery has been handing loaves across its marble counter for more than 40 years, and the crowd’s still three deep. The corner stall is a bakery aggregator, collecting breads from bakers such as Noisette, Crumbs, 5 & Dime Bagels, Burnham Beeches, Rosie’s and Phillippa’s. If you’re up early there are hot croissants and Kwak scrolls, but if you’ve slept in there’ll still be freshly ground peanut butter and a range of boutique chocolate as consolation. 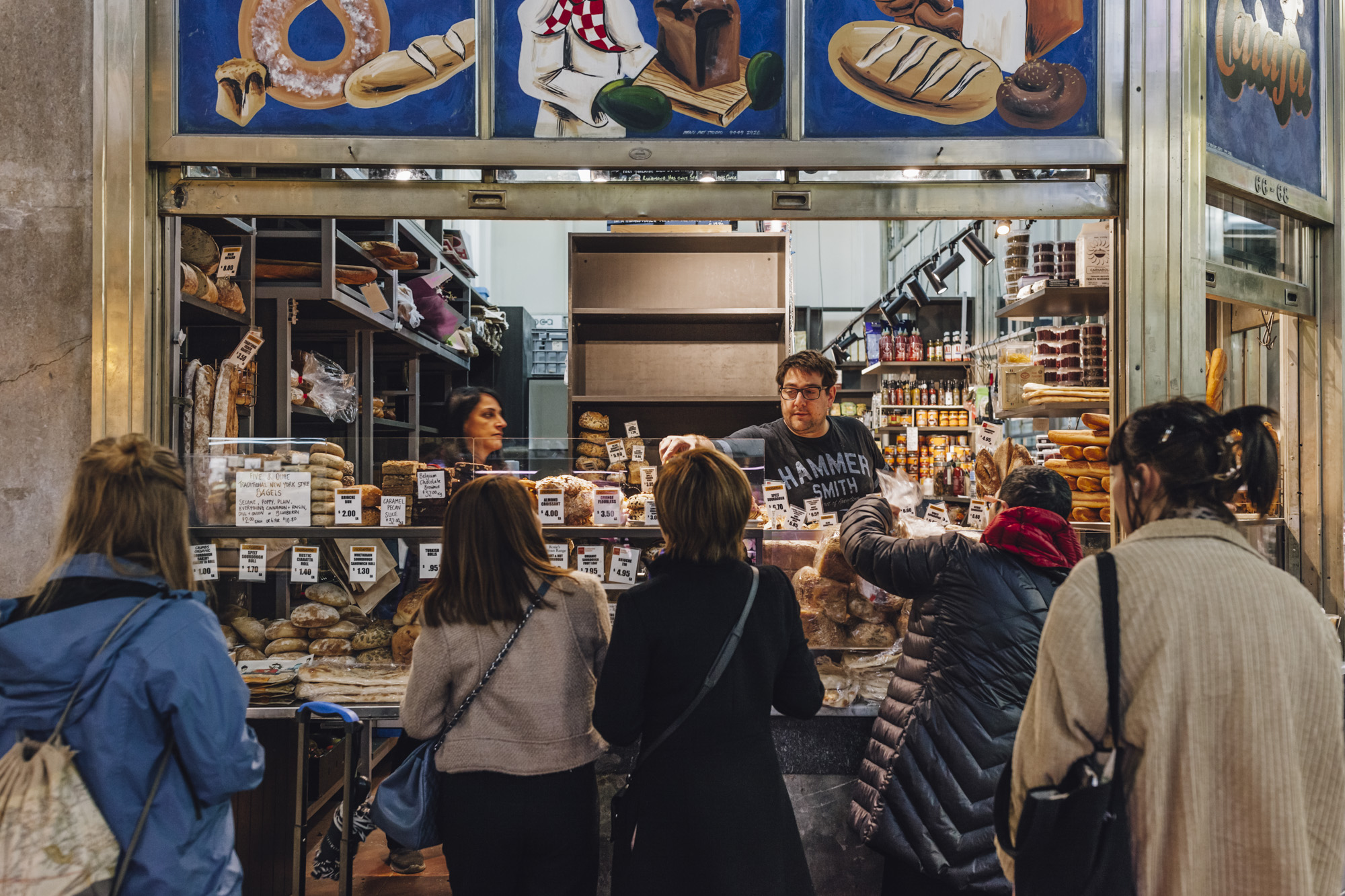 The Chicken Pantry
Across the aisle from M&G Caiafa, The Chicken Pantry is regularly voted by market-goers as their favourite trader. The acclaim is deserved. It stocks free-range organic chicken from Barossa and Milawa; ducks from Great Ocean and Mickelham; Mick Durdin’s Muscovy and Pekin varieties; and free-range turkey by Deutschers from Dadswell Bridge. If you’re trying to source something more unusual, the Chicken Pantry can sort you out with quail (and quail eggs) from the Yarra Valley, plus duck and chicken livers. Other meats include pigeon, kangaroo, rabbit, emu and crocodile.

Curds & Whey
This stall is easily identified by the enormous slab of Warrnambool butter, which owner Anne Burley can be seen carving hunks off. Most people, though, are here for the fine local and imported cheeses, which change seasonally. Sometimes you’ll see the Woodside Rubi, a soft goat’s-milk number covered in flowers. Other times, barricato al pepe, a semi-hard Venetian speckled with cracked pepper. , or a truffle-infused grana padano. Curds also stocks a range of cheese-friendly produce such as, from Tenuta Fragassi passata and balsamic vinegars.

G&C Fresh Produce
Vic Market’s sheer number of grocers with farm-fresh produce defies summation, but G&C Fresh Produce is one of our favourites. Gus and Carmel Bressi have been stallholders since 1978 and still have some of the best-looking vegetables in the market, from the stark whites of their leek stems, to the fleshy magenta of their beets, all handsomely arranged on hessian sacks and weaved baskets. Gus and Carmel don’t believe in coolrooms: their stuff’s too fresh. Pick up some sunset-coloured Jerusalem artichokes (during winter), or an enormous tuft of cavolo nero.

George the Fishmonger
George the Fishmonger is among Vic Market’s best suppliers. He’s best known for his enormous southern rock lobsters (raw or cooked); sashimi-grade yellowfin; fresh pink fillets of wild-caught barramundi; live mud crabs; and Coffin Bay oysters, which he’ll shuck on the spot. Got a tricky question? Ask away. George grew up in a family of fishmongers and has been running his own stall at Vic Market for more than a decade.

Broadsheet Melbourne Food is out now. Find it at all good bookshops or order online at shop.broadsheet.com.au.