The Broadsheet Cookbook: Perfecting Steak with Géraud Fabre of France-Soir

One of Melbourne's most authentic brasseries guides us through it. 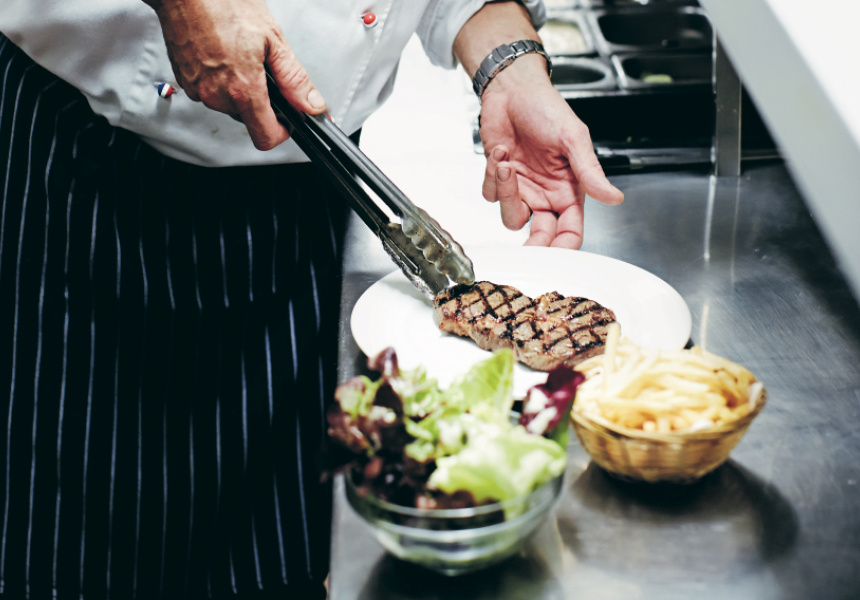 Toorak Road restaurant France-Soir has been around for longer than most. Since it opened 1986, it has only had two head chefs. The first, Joachim Inacio, was at the helm until 2000, after which Géraud Fabre took over. He had already been working in the kitchen for six years at the time.

One of the restaurant's most famous dishes is its classic entrecôte, a premium steak served with frites and salad that's remained on the menu for nearly 30 years. Fabre's take on cooking something similar at home is French in both accent and candour: "Even if you like beef, if you can afford only to buy the good stuff once a week, that's enough," he says.

Fabre suggests visiting your local butcher and asking for grass-fed beef because, "cows are meant to eat grass, they're not meant to eat grain. Humans put them onto grain so now they're getting fatter. The marbling in the meat looks better. It tastes good but it's not natural. Imagine if I made you drink beer all day."

Choose your steak
Before you consider cooking, the first step is choosing your meat. For a great steak, look for good-quality cuts of beef such as eye fillet, entrecôte (porterhouse) or, as in this recipe, scotch fillet (also known as rib eye). The scotch fillet has been chosen for its rich fat content. Head to your local butcher and ask for a grass-fed scotch fillet, then you can start in the kitchen. 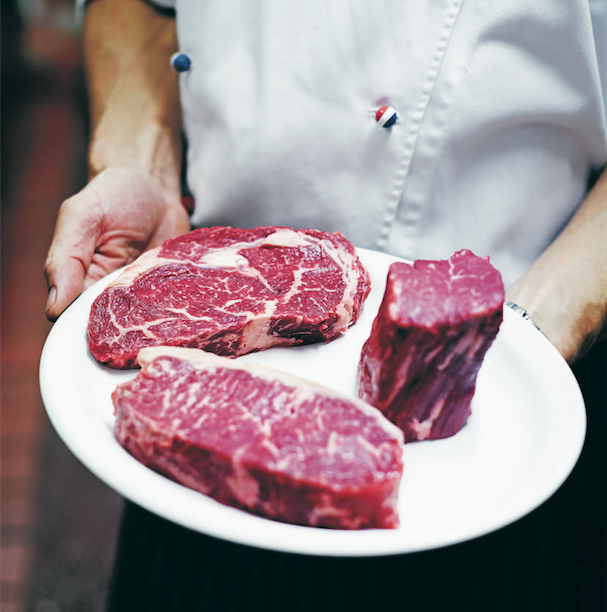 Prepare your steak
Leave the beef out of the fridge until it reaches room temperature, which will help it cook more quickly and evenly. Preheat the barbeque grill or a griddle pan and make sure it's turned up all the way. Thinly cut the steaks so that they are 2cm thick and between 250–300g. You will notice a small amount of fat in the middle of the scotch fillet; do not remove it or the finished product will have the appearance of a steak with holes in the middle. 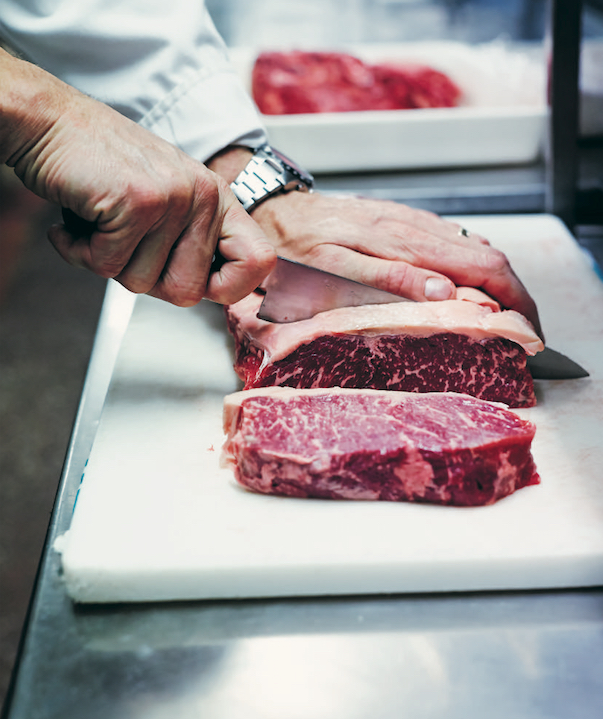 Cook the steak
Pat the steak down with vegetable oil and season both sides to taste with salt and pepper. Place it on the barbecue or in the pan and sear each side for a minute. Remove the meat and leave it to rest for 10–30 minutes, uncovered, on something that will allow the juices to drain, like a resting tray with holes in it or an oven grill tray set above a plate. Resting causes the fibres of the meat to relax following the aggravation of the grill, resulting in increased tenderness and flavour release. This is also the time to prepare any sides or sauces. 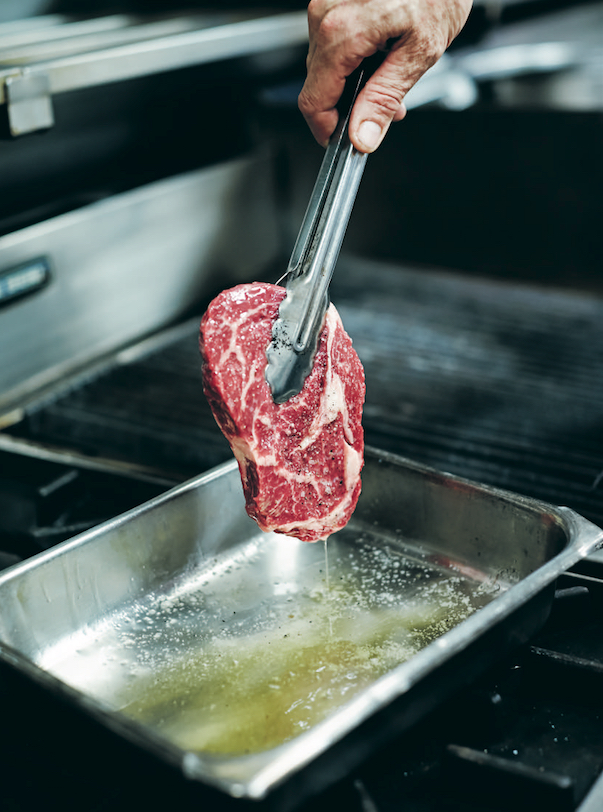 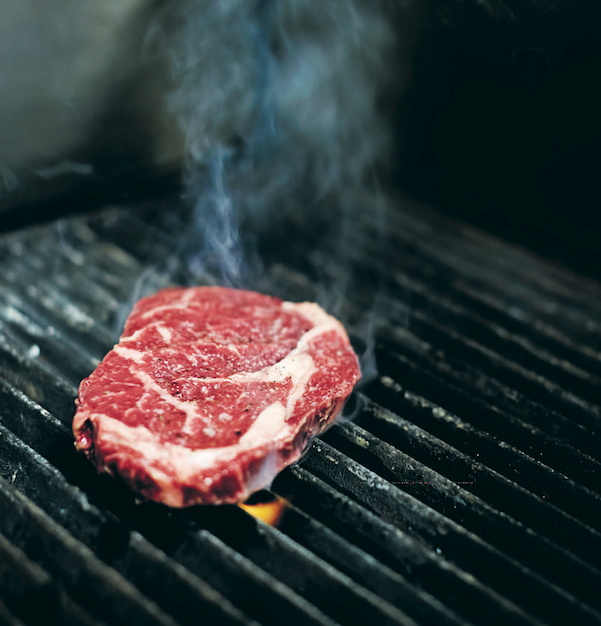 Char the steak
Reheat the barbecue grill or pan and place the steak back on once the resting time is up. Place it perpendicular to how it was before to create a charred, criss-cross effect. Leave for a minute on each side. This will result in a rare steak, cooked on the outside and blue on the inside, just how Fabre likes it. 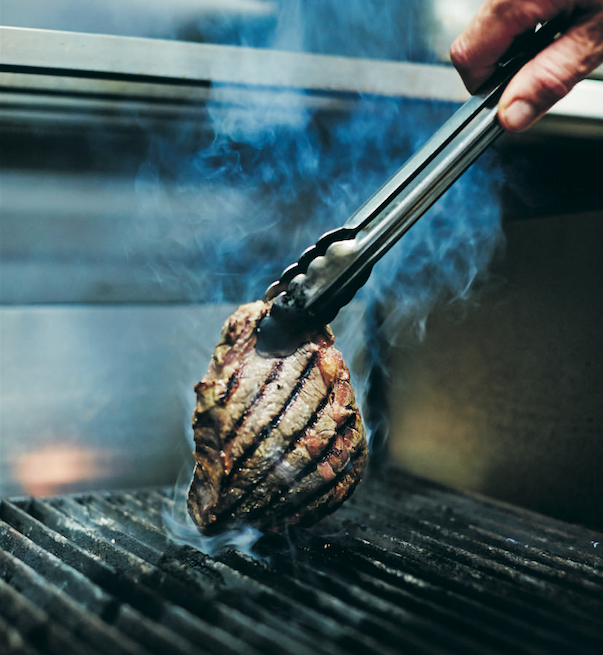 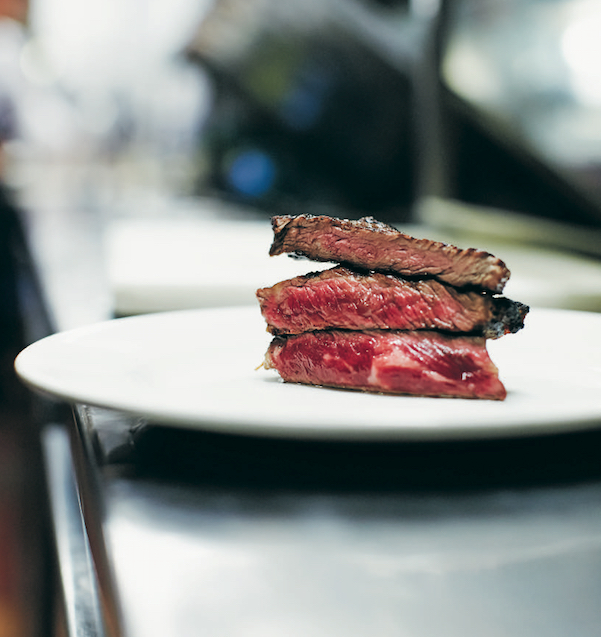