Brews and Stews at Grub

A simple but inspired winter meal combination of hearty stew with a matching brew, courtesy of roving chefs Them Bones’ pop-up at Grub Food Van. 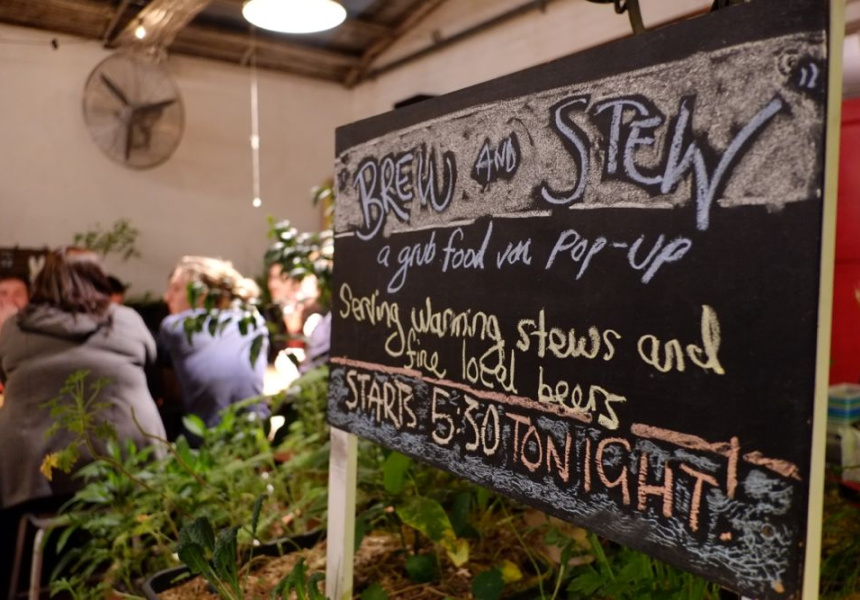 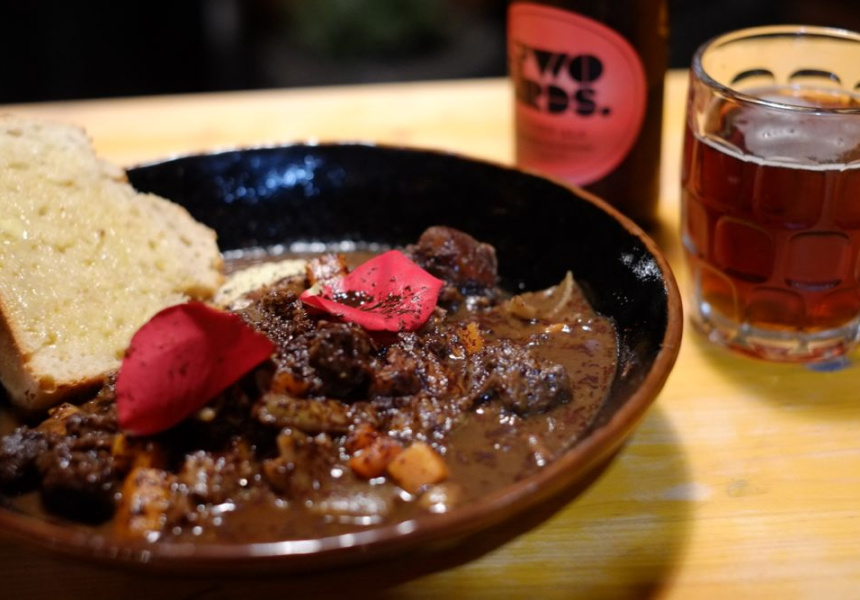 Kobi Ruzicka didn’t used to be a beer drinker, but after spending the past three years travelling and working around Europe, the Melbourne chef developed a taste for the good stuff. Upon his return to Australia, Ruzicka and business partner Luci Di Lullo noticed a gap in the craft-beer dining scene. This inspired the pair to divert the focus of their fine-dining pop-up Them Bones into a homey, slow-cooked side project.

“There’s something really simple about a nice piece of bread with some stew and an interesting beer,” says Ruzicka. “It just seemed to fit and I didn’t see anything like it.” After scouting locations around Melbourne, Di Lullo and Ruzicka set up shop in the kitchen behind Fitzroy’s Grub Food Van. The spacious, greenhouse-esque indoor eatery behind the shiny silver food van turned out to be the perfect spot. “It’s got such a warm feeling when you walk in,” says Ruzicka of the dining room, which features an assortment of repurposed vintage furniture, abundant greenery, a wood fire next to a water feature and a table tennis table. “It’s quite a unique space.”

The idea is to offer a simple menu of three stews (one vegetarian, two meat), all served with a complimentary bread and brew.

UPDATE
Brew and Stew is back at Grub Food Van for two more weeks every Tuesday, Wednesday and Thursday, starting August 5. The latest menu includes: ham hock baked beans with a cheese toastie, braised mutton and dates with wattle and grain bread, and barley broth with leeks, mushrooms and laverbread.