Fleur Studd and Huw Murdoch from Market Lane show us how to make an excellent cup of coffee from the comfort of our own home. No instant allowed. 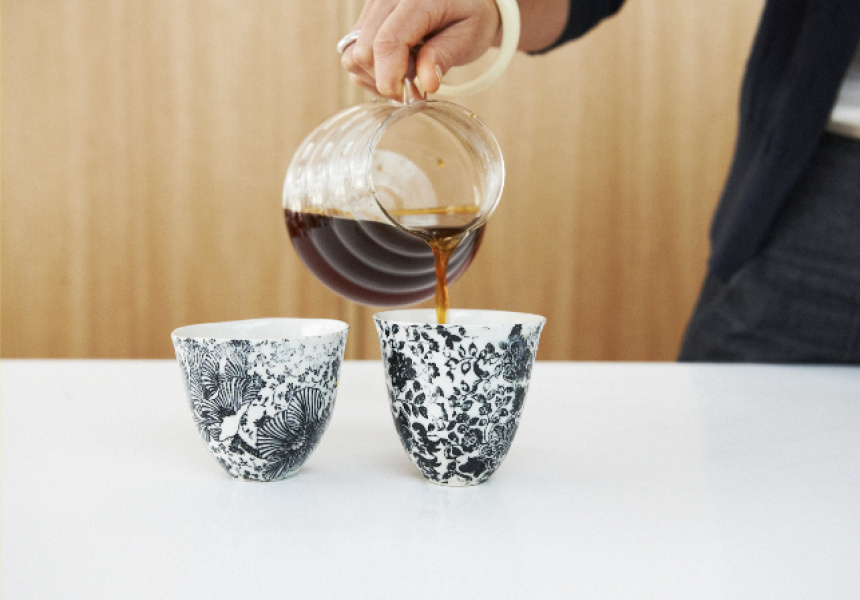 Contrary to popular belief, you don’t have to head to a cafe staffed with bearded and tattooed baristas working a Synessa to get a decent cup of coffee in Melbourne. It’s possible to save yourself a lot of money and time by working out how to make your own coffee at home using fairly basic equipment. Market Lane Coffee runs regular brew classes, so we headed along to find out all the best tips and tricks for making coffee at home.

Market Lane’s barista Huw Murdoch says the first and most important step is to get your hands on some freshly roasted coffee beans. Choosing your beans is where you can have some fun; where the coffee comes from, the variety of coffee tree, the way it was handled and processed and how the coffee was stored and roasted can all have an impact on the coffee’s taste.

Store the beans in a cool, dry place in an airtight container. The fridge or freezer is not recommended for storage as the beans can absorb odour and be damaged by moisture. When it’s time to make your coffee, Murdoch recommends grinding the beans then and there.

The next thing to think about is the equipment, which should be sparkling clean. Dirty equipment holds on to coffee oils which go rancid over time and can affect even the most carefully brewed coffee.

According to Murdoch, you shouldn’t even consider using instant coffee, a Nespresso machine or a Moka pot. The perils of instant coffee are fairly obvious, but Murdoch is also critical of the pod coffee makers, which he dismisses as “just not good quality coffee”. He says while claims are made about the freshness of the coffee as it is in a sealed container, in reality, the coffee has been ground “a long time ago”. Even the iconic Moka pot coffee maker comes in for criticism, with Murdoch claiming it can result in “muddy coffee” because it uses freshly boiled water and a thick filter.

Instead, the Market Lane class recommends the following three ways to make coffee at home:

Method
Leave coffee to brew for one minute, stir the coffee and then leave to brew for another three minutes before decanting the coffee. Murdoch recommends decanting the coffee as soon as the four minutes is up rather than leaving the coffee in the plunger where it continues to brew. Using a plunger is probably the most straightforward method, but it’s not perfect as plungers use large filters, which let a lot of coffee particles through into the finished drink. “The downside to plungers is that it is a little bit muddy, so particularly when drinking delicate coffees, it can obscure the flavours.”

Method
Brew for one and a half minutes (stirring after one minute) before turning the Aeropress upside down. Turn the Aeropress around and press the contents into a large cup or pitcher by using your body weight to end the brewing process. This should be a relatively smooth process and you shouldn’t have to force the Aeropress too much. This American invention makes a “really nice cup of coffee” according to Murdoch, “particularly if you ignore the suggestions on the box”. He says Aeropress produces a brighter, tasting cup of coffee in comparison with coffee made with a plunger.

Method
The water you use should be just boiled then left to stand for two or three minutes before use. Preheat the ceramic cup using some of the boiling water (or the steam from your kettle) and then place the freshly ground coffee on the filter paper inside the ceramic cup and pour a small amount of water over the coffee to allow the coffee to “bloom” for 30 seconds. Finally, carefully pour the remainder of the water gently over the coffee using the pouring kettle. A pour over produces a glossier and darker coffee with bright, clean flavour that makes this method Murdoch’s favourite. “I feel with the pour over method of making coffee, I’m tasting all the coffee has to give me,” he says.