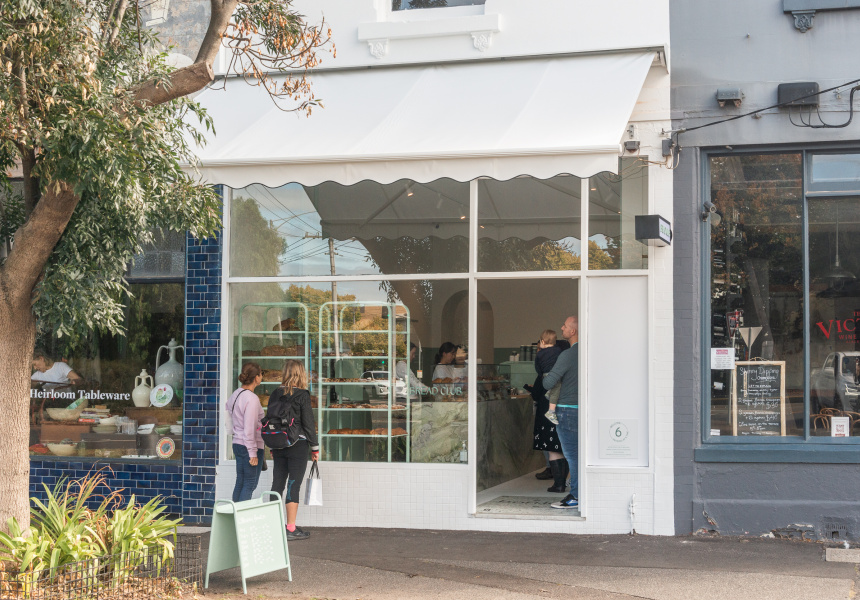 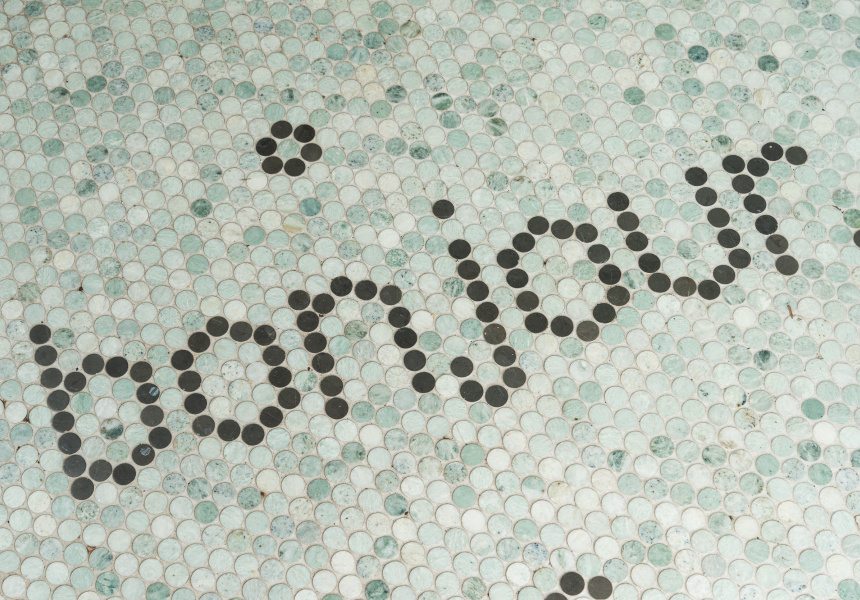 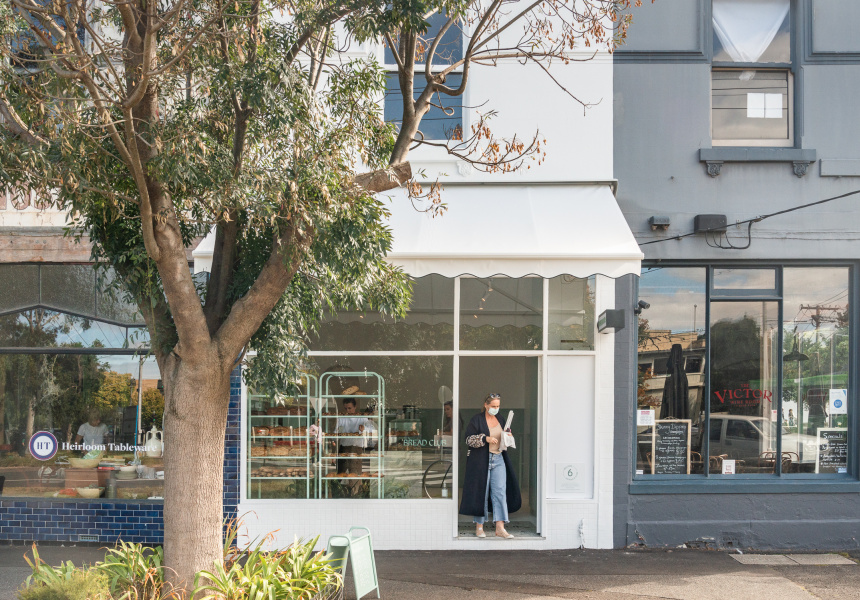 “What we wanted was another community vibe, great local neighbours and somewhere that some of our customers who were travelling a bit further could have the option of visiting – a bit of spread and convenience,” Beylie tells Broadsheet.

Before Bread Club, the pair worked at some of Melbourne’s best bakeries – Beylie at Woodfrog and Vue de Monde, Antier at Baker D Chirico. And now they’re doing great things out on their own.

But those who know Bread Club probably know about its killer weekend specials. Expect pepperoni pizza and a vego alternative perhaps topped with zucchini, feta and garlic; and fougasse (French-style focaccia) that might be herb and garlic, or bacon, jalapeno and rosemary – it depends what Beylie and Antier can get from their suppliers and feel like making on the day.

The light and bright space, with the word “Bonjour” tiled at the entrance, has an almost identical fit-out to the North Melbourne location. It’s splashed with that signature mint green, and a matching La Marzocco coffee machine that almost outshines the cabinet full of breads and pastries on a hulking green quartzite benchtop. Espresso comes from Coburg North’s Inglewood Coffee.

Looking to the future, the guys plan to create a pet-friendly outdoor seating area with a takeaway cart for those who want to carb up on the go. 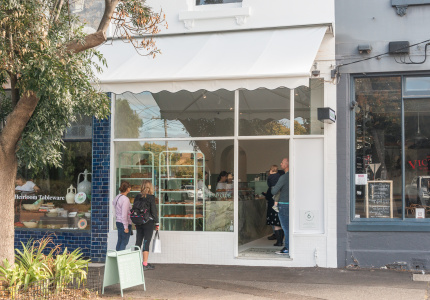