An Aussie-born operation with big plans for America. 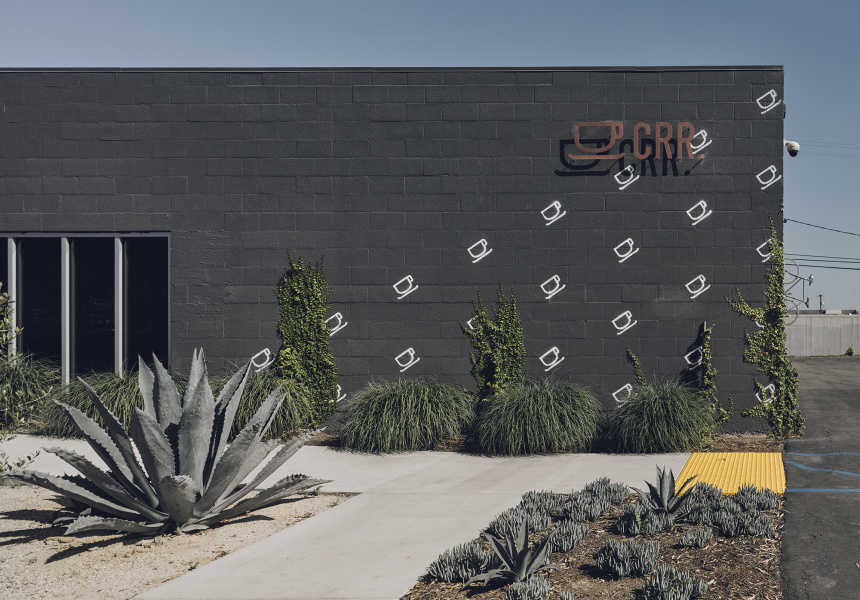 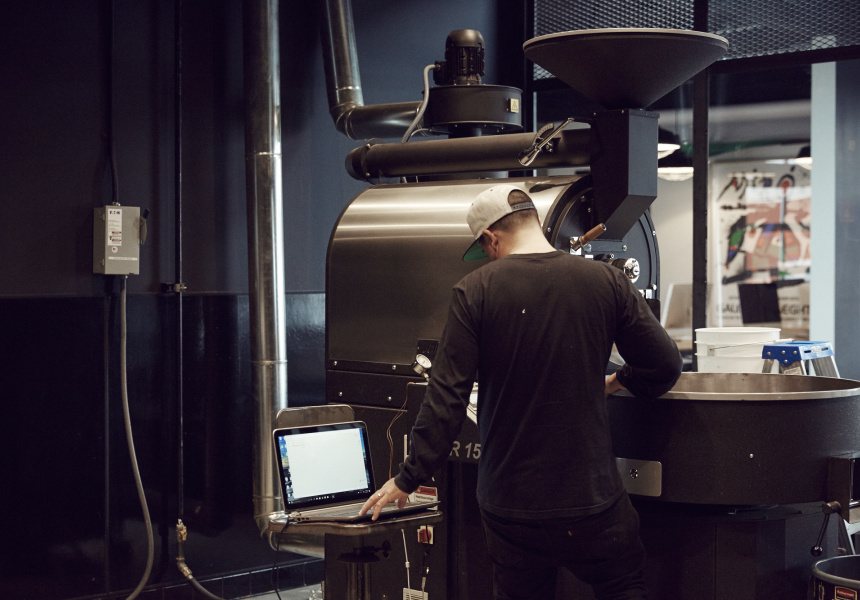 Up until a year ago, Ed Moffatt was right in the middle of the Melbourne coffee scene with no plans to leave. Born and raised here, his career in hospitality began in 2001 with a stint at Stokehouse in St Kilda. He opened his own cafe, Woodstock, in Armadale, before joining Lavazza at the time it was building its own specialty coffee branch, where he learned to roast green (or raw) coffee beans.

It was at Woodstock that Moffatt initially met Jeremy Creighton, his future business partner, and the man who would eventually convince him to move to the US.

“Jeremy owns a branding agency called Passport, which had moved a portion of its office to California. But he used to live on the corner where Woodstock is, so I’d been slinging flat whites to him for 10 years,” says Moffatt, on the phone from California. They reconnected again in 2016 at Long Island Brew Bar, the Albert Park cafe where Moffatt was working at the time.

“He had already moved to America at that point,” Moffatt says of Creighton. “And he said ‘Americans would love this. I have no coffee where I live now. It’s, like, Starbucks or nothing.’”

Creighton often drove to Venice Beach in Los Angeles from Newport (roughly an hour and a half out of Los Angeles) to get a “a decent flat white.” He found Americans tended to serve darker roast blends, and he preferred a lighter roast.

Creighton had, in a makeshift way, already introduced his neighbours to Australian coffee culture. In an effort to improve his own morning coffee ritual, Creighton had bought a coffee machine for Passport’s Newport office – a La Marzocco 3 Group Strada – and started offering free coffee to visitors. At first, this was only intended to facilitate networking for the business. Inevitably, locals started cottoning on. He named his quasi-coffee stand Common Room.

“Jeremy used to open Common Room one day a week — on Friday — and it was free. He was just trying to get to know the local community,” explains Moffatt. “Then neighbours start knocking on the door on Monday, and Tuesday, and Wednesday, saying, ‘Why aren’t you open?’ So he started opening every day for two hours in the morning.”

When Creighton called Moffatt and asked him to move to California to be his full-time “coffee guy”, Moffatt was settled at Long Island Brew Bar, was recently married, and had just bought a house. It wasn’t until he received another international offer from a businessman in Singapore – who wanted Moffatt to open a Melbourne-style cafe there – that he began to rethink Creighton’s proposal.

In June 2016, Moffatt and his wife moved to California. In under a year, Common Room has grown from a single coffee machine to a full roaster and cafe, producing around 250 kilograms of coffee per day and supplying blends to cafes and restaurants around America, including LA institution Gjelina.

Common Room is located on a non-descript road on the edge of Newport Beach. Designed by Creighton, it’s a 3000-square-foot space with lots of steel, hanging plants and marble bench tops, with the roastery visible through a glass partition.

“Everything is custom-made; nothing is bought off the shelf. Every shelf, every bar, every piece of marble is designed by Jeremy,” Moffatt says. “We’ve got a pottery wheel out the back, and we make our own cups.”

From the coffee to branding to serving size to the design, Common Room is a Melbourne-style experience “from front door to back door”, Moffat says.

“Since the movement is so new to people, they have so many questions,” he says of the locals. “They’ve all been drinking that bulk batch brew. They’re watching our guys weighing out every shot and timing every pour and being super nerdy, and it’s a really new thing.”

“There are people who are asking why the coffee is half the size and twice the price … It’s still very millennial-based. The parents still aren’t on board. Some people just want cream and sugar in a massive cup, and I’m like, I’m never gonna win this guy over.”

Common Room’s signature blend is the Brunswick, named for the Melbourne suburb. “That one really reminds us of home; it really stands up to milk. It’s got a depth of flavour, whereas a lot of the blends here in America are designed for filter coffee. That was our point of difference.”

All of the business’s non-coffee offerings also come from back home, including chai, chocolate, aprons, and Golden Grind’s turmeric powder.

“We want to sell stuff that no one else has. It really is a showcase of the Melbourne coffee scene under one roof.”

Despite the success of the Newport cafe, there are no plans to expand the retail business.

“The day we got that contract with Gjelina, our business changed forever. For now, our plans are just to partner with the best cafes and restaurants. The cafe is very cool and beautiful, but we are very much a wholesale operation.