From Bordeaux to Dunkeld: Toasting an Unlikely Collection

One of the world’s largest collections of Bordeaux wine lives in an unlikely place: the cellar of Dunkeld’s Royal Mail Hotel. 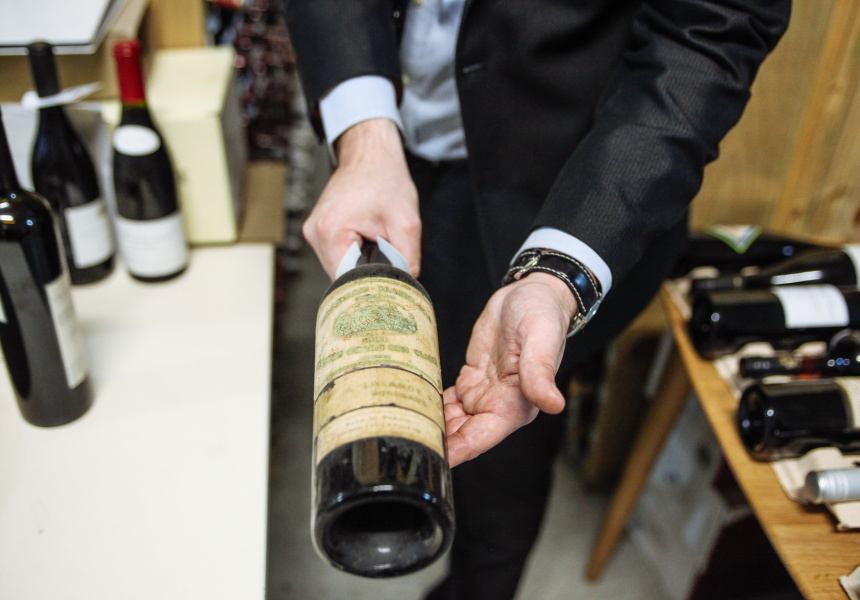 The Royal Mail is the only surviving of five hotels from Dunkeld's heyday as a Victorian boomtown. It has changed hands a number of times through the years, and since 1997 has been home to one of Victoria's most recognised restaurants, which specialises in a garden-to-table degustation that has lured many visitors to the south-east portion of Grampians National Park.

But the Royal Mail is a destination for more than its menu. There are few restaurants in Melbourne, let alone the world, serviced by a wine cellar as awarded and recognised as this one. It contains one of the largest collections of Bordeaux in the country.

Cellaring is about creating a stable, temperature-controlled space in which to protect wine from heat, humidity and sunlight, all of which can affect wines adversely. Given Dunkeld is situated within a notorious bushfire zone (the Royal Mail Hotel survived a fire as recently as October last year), dealing with the first of these elements is especially important. Beyond protecting them, a cellar allows wines to mature gracefully, rewarding those wines designed to improve with age.

Deniz Hardman began his career as a sommelier at Bouchon Bistro in Beverly Hills. He moved to Hong Kong, then Las Vegas and now lives in Dunkeld. He was looking for a more relaxing alternative to big cities and saw the assistant sommelier job at Royal Mail advertised online.

Beyond the culture shock, Hardman has felt what he describes as “sticker-shock” in Australia. High taxes on imported wine means international wines are more expensive here than in most other developed countries. “This inspires a lot of hometown pride – a lot of fantastic wine is made around the area – so why venture out if it's not worth it?” Having said that, Hardman also believes Royal Mail can offer tremendous value on Burgundy and Bordeaux because the bottles were purchased long ago and have been kept in ideal storage conditions. “The cellar is massive, so we can sit on things for a little while,” he says.

The cellar’s 26,000 bottles are subjected to a monthly stock take, a chore which has the upside of giving the wine team a hands-on familiarity with what’s in stock.

While the Royal Mail menu is focused on everything being sourced from the garden or locally, there is more freedom with the wine. Hardman often challenges himself to have a pairing from a different country for each course in the degustation. The cellar is continuously topped up by around 80 suppliers, with a further 250 wines ordered from wineries. This means a chance to establish relationships directly. The cellar has a rolling stock program for Royal Mail’s top-end Burgundy and Bordeaux. These are sourced en primeur, meaning they are bought while the wines are still in barrel and will arrive two-to-three years later.

Hardman believes the cellar is fairly unique by global standards. It shares its status of having a Wine Spectator Grand Award with only 72 other cellars in the world. Cellars require 1500 different wine labels to qualify – the Royal Mail outstrips these at 2500. It also has three times the stock level average of the others. Having a large inventory and slow stock turn over is counter to one of the big rules of Business 101, but it allows Hardman to look not just at the next quarter, but at the next few years and at the bigger picture.

Managing the cellar informs the front-of-house work because the sommelier is also responsible for pouring the wine and talking through the pairings. This applies to the selections for the degustation, but Hardman also advises pairings for dishes ordered à la carte. In these instances he will take the diner's tastes into consideration, regardless of knowledge, and tailor a package. The role is to assist and guide. “I like to think if you tell me what you like, even vaguely, I can find something for you,” he says. Even if it is buried deep down the back of the cellar.