No Australian city is moving beyond its reputation like Canberra. As a new wave of innovative businesses establish themselves, we take the BMW 1 Series on a tour with the man behind some of Canberra’s most progressive developments. 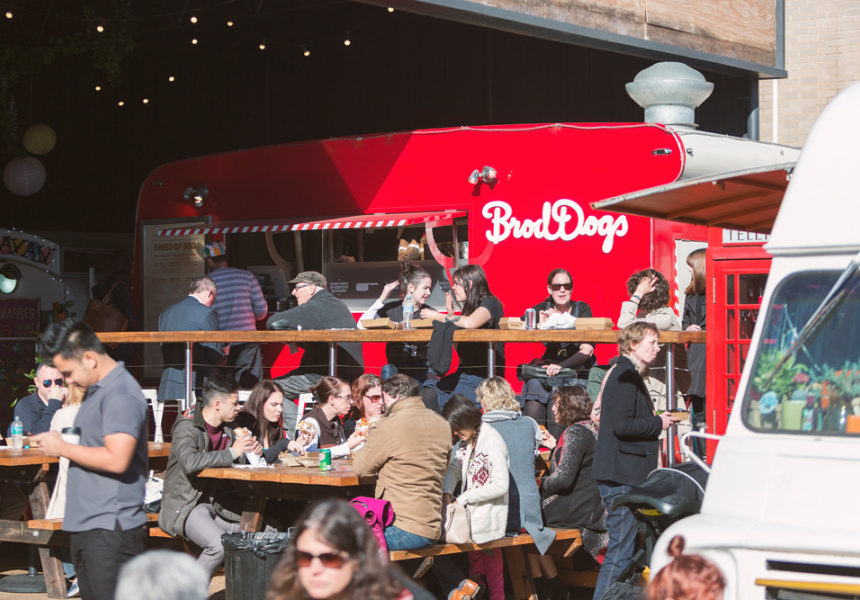 The new BMW 1 Series is a car at its best in urban environments. Since first turning heads on debut in 2004, the 2015 edition of the BMW 1 series boasts a complete redesign, with a re-shaped exterior housing much more than a new look. From the efficiency and responsiveness of its enhanced TwinPower Turbo engine through to the high spec interior, ConnectedDrive services and features such as Real Time Traffic Information, it’s the perfect car for exploring a new town. With that in mind, we headed for the Australian city that’s surprising everyone, and handed the keys to a man who’s helping lead Canberra’s youthful new charge.

As the original 1 Series was first hitting the streets, developer Nik Bulum was unveiling a project of his own. For years, he’d felt that Canberra’s approach to development was holding the city back. So, in 2012, he set about turning a lifeless industrial strip into a cultural hub that’s captured the imagination of a whole city.

It all started with an old garage, which Bulum bought cheap in the suburb of Braddon. As he waited to develop the space, he invited 18 different creatives to set up shop, giving them cheap rent and temporary retail space to help establish a presence and a fanbase.

The collective was dubbed the Lonsdale Street Traders, and almost five years on, those pioneering businesses are thriving. The Traders has upgraded to a new building across the road, and Braddon is the prime example of how Canberra is going one better.

With five new developments in the works and management of both the Traders and his own Scandinavian-focused design store, Nik Bulum is a busy man. But despite a hectic schedule, he was more than happy to show us Canberra’s innovative side, while getting a feel for the new 1 Series.

Although his family has a long history of development, Bulum does not look like your average developer. But behind his casual style and humble demeanor, it’s clear he’s driven to transform his home town for the better.

“Because I own a shop and I’m a landlord, I understand both sides,” he says. “There has to be harmony. If I can support the new guys to be happy and profitable then the whole street becomes a community and everyone supports each other. That’s what you want.” We’re driving toward Lonsdale Street and discussing what it has taken to breathe new energy into this once-drab industrial area. On the street, even first-time visitors can see how much has changed. The clean architectural lines of new buildings reveal hole-in-the-wall cafes nestled next to local designers, studios and a host of unique boutiques.

Last year, the Traders upgraded from the garage, making a permanent home in the new Ori building. With a façade reminiscent of origami, it’s a fitting space for everything that is connecting Canberra's once disparate creative scene. Even early on a weekday, the street bustles with an energy that’s unlike anywhere else in the city.

“A lot of shopping strips in Sydney and Melbourne have been lost to big chains, so I wanted to keep this independent,” Bulum tells us as we head in to Barrio Collective, a new cafe that exemplifies his development ethos. On just its second day of trading, Barrio is packed with locals keen to support their new neighbor. “I look at it like a garden,” Bulum smiles, when asked about his approach to development. “The more you plant and put into it, the more it will give back.”

“It’s an organic process,” he continues. “If you force culture it becomes sterile. It needs a bit of that grit, that colour and that craziness.”

This craziness is evident in The Hamlet. Down Lonsdale Street from the Traders, it’s a new project more akin to a Mexican town square than anything you’d expect to find in Canberra. Home to 12 food vans and a handful of retailers including the stylish KIN gallery, it’s packed with locals ignoring the cold to grab lunch from the different vans.

“The Hamlet is temporary, but I’m creating a new space that will push this idea further and give all these businesses a new home,” Bulum explains. “I just purchased an old bowling club, where I want to create a little village and revive community favourites like the corner milk bar in a new, fresh way. That will be where The Hamlet will move and evolve.”

After lunch, we take a drive to the suburb of New Acton and its famed Nishi building, winner of International Project of the Year at the 2015 Building Awards. While not a creation of Bulum’s, he has nothing but admiration for its developers, the Molonglo group, and it’s hard not to be in awe of their work. Home of the innovative Hotel Hotel, a beautiful patchwork of reclaimed timbers overlap to make up the building’s bespoke staircase, which leads to a restaurant, Monster, with an open fireplace, deep couches and stylish bar.

It’s now early afternoon and time for another coffee, with Bulum keen to stop in at The Cupping Room, home of another Canberran on the international stage: 2015 World Champion Barista, Sasa Sestic. From the buzz around the cafe, it’s clear Canberra’s coffee culture can hold its own. Created by Sestic and the team behind ONA coffee, intense flavours rule at The Cupping Room, and the day’s espresso is the Sudan Rume bean that Sestic used in his world-championship win.

Making our way around the city, Bulum constantly stops to chat with friends and work associates, most of whom fall into both categories. “My office is the street,” he grins, while en route to the Canberra Zoo. Our tour is taking a spontaneous detour to check out Jamala Wildlife Lodge, a unique hotel that helps fund animal-welfare programs run by the zoo with rooms that share walls with shark tanks and monkey enclosures. “It’s so cool,” says Bulum. “It’s the only place in Australia like it.”

It’s clear the days of Canberra as a two-function town – home only to government and galleries – are long gone. Today, the capital is a youthful and connected micro city with all the benefits of urban living and few drawbacks. “You can have that connected city lifestyle in terms of dining and socialising,” says Bulum. “But it’s an easier lifestyle, and you don’t get caught up.”