The “food incubator” Wandering Cooks is doing for food start-ups what Silicon Valley does for the tech trade. 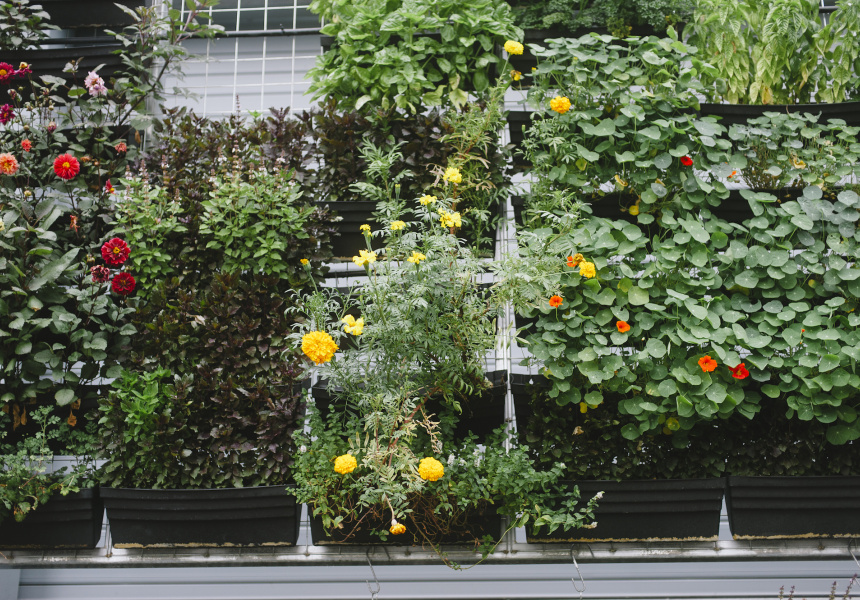 When it comes to business, think of the term “incubator”, and new technology springs immediately to mind. But in the case of Angela Hirst’s Wandering Cooks, it’s new food start-ups that are being given a chance to flourish.

The Brisbane-based grassroots incubator provides budding entrepreneurs with the resources they need to get their businesses off the ground. From a licenced commercial kitchen, to storage, planning and financial advice, mentoring and networking opportunities, Wandering Cooks provides it all. In particular, the business focuses on operators that have to keep moving to find their customers – food trucks, caterers and market stallholders.

As with all good ideas, this one was born out of necessity. “I had tried to get my own businesses off the ground, but I kept pouring my soul into these projects with very little sustainable outcome,” Hirst says. “I was sweating blood in the process of making food that I was basically paying other people to eat.” At the time she had no concept of how to make the financials work – “I didn’t understand anything about margins” – and like many passionate new business owners, was totally focused on the technical side of food making, with no attention paid to strategy or commercial viability.

It didn’t take Hirst long to realise she was not alone. “I was one among many, many food makers who could benefit from developing their business skills and see themselves as entrepreneurs,” she says.

She started Wandering Cooks in late 2012, and found an inner-city location in 2013. While she knew that early on she couldn’t offer the cash that many start-up incubators do, she found other ways to help by removing barriers to entry. Initially, this involved building the type of space she would have set up her own bottled-food enterprise.

“Food start-ups can have significantly higher capital costs compared to, say, a software start-up,” says Alan Jones, chief “growth hacker” at BlueChilli, a technology incubator now involved with Wandering Cooks. “We can use technology and lean methodology to make food start-ups significantly more efficient than the industries they’re disrupting, but the capital cost of food preparation equipment, storage and delivery can still be significant.”

There is no getting around the financial commitment associated with starting a new food business. For most emerging operators, it’s prohibitive. Cooking equipment on its own is incredibly expensive, let alone the costs associated with building and maintaining a commercial kitchen.

“Start-up costs can potentially blow you out of the water before you’ve even started trading,” says Tamara Henwood, whose company GG Gourmet makes small-batch, organic, fair-trade breakfast and dessert “toppers” and snacks. “Not having to take a lease on a commercial kitchen before you have the chance to get your products to consumers, for example, takes some of the financial risk away.”

Given the success of the incubator in the tech industry, it’s not surprising the practice has expanded. In November last year, Greek yoghurt giant Chobani announced it was opening a food incubator in New York, investing capital in a set of chosen food start-ups and hosting them rent- free in a commercial kitchen. Similar enterprises are now running in Ohio and Vermont.

“Start-ups evolve when there’s a problem. The problem we’re seeing is high failure rate in the industry,” says Icon Park’s Dean McEvoy. Icon Park runs a crowdfunding platform to get new hospitality ventures off the ground. “Her [Hirst’s] answer is they need more guidance and help and education. Our answer is, you need market validation of your concept before you build it.”

In 2014, Icon Park put out a nationwide call to anyone with an idea for a new bar or restaurant. They got 117 applications from around the country, ranging from top-flight chefs to first-time hospitality entrepreneurs. The six finalists ran a campaign over 21 days with the winning operator raising $281,000 – which McEvoy says is the most crowdfunding raised by a restaurant in any country, on any website anywhere in the world.

“It’s the best way to test the business plan in the real market. It can be a great idea on paper but no-one really knows if it will fly until someone pulls out their wallet.”

Apart from providing restaurateurs with feedback on whether their concept has market viability (without having to sign a lease or put up money to do so), the method also helps source the best fit for a leaseholder looking for a reliable tenant. Whoever gets the most support from the crowd gets the right to sign a lease.

Like Wandering Cooks, Icon Park doesn’t invest money. Rather, it offers a platform for growth.

There is clearly demand for more incubator-style services around Australia. Hirst, for example, has received calls from would-be food entrepreneurs in Sydney asking if she will open a Wandering Cooks there.

Her alumni are proof the enterprise works. “I definitely think I would have given up without the encouragement, community and contact with other small businesses, and the experience of having to talk about and showcase your products at the trade show events, ” says Carol Grant, who owns and runs raw and fermented food business, The Cultured Belly. “Small food business could be a terribly solitary business.”

“I always knew I needed a commercial kitchen, I just didn’t know I needed the community and network that a space like Wandering Cooks provides,” says GG Gourmet’s Henwood. Wandering Cooks helped Henwood access stockists and customers – a process, “that would have taken a lot longer to develop if I had been isolated in my own kitchen.”

Hirst knew the initial drawcard would be the commercial kitchens, but from her own experience she knew it would be other services – such as mentorship and strategy workshops – that would have the potential to change an entrepreneur’s trajectory. She has been nimble and flexible in her approach to these support services, reacting with tailored solutions.

“Everything we’ve tried out here has come from conversations with these new food start-ups, watching what they’re doing and learning about the difficulties they’re having,” Hirst says.

This includes a series of small-batch trade shows where artisan producers could offer their creations to small retail outlets en masse. “People have had to schlep their stuff around, cold calling people to get their products out there. We thought it didn’t have to be that way,” Hirst says.

“It’s only five years since Australia’s first technology incubators and accelerators began, so we should be proud that Australia has already made progress in applying the incubator model to the food industry,” says BlueChilli’s Alan Jones. “Anywhere there’s a deregulated economy, it’s inevitable we’ll see the incubator model applied to creating innovation in all industries. It just works. The food industry is no different.”