Help Me Help You 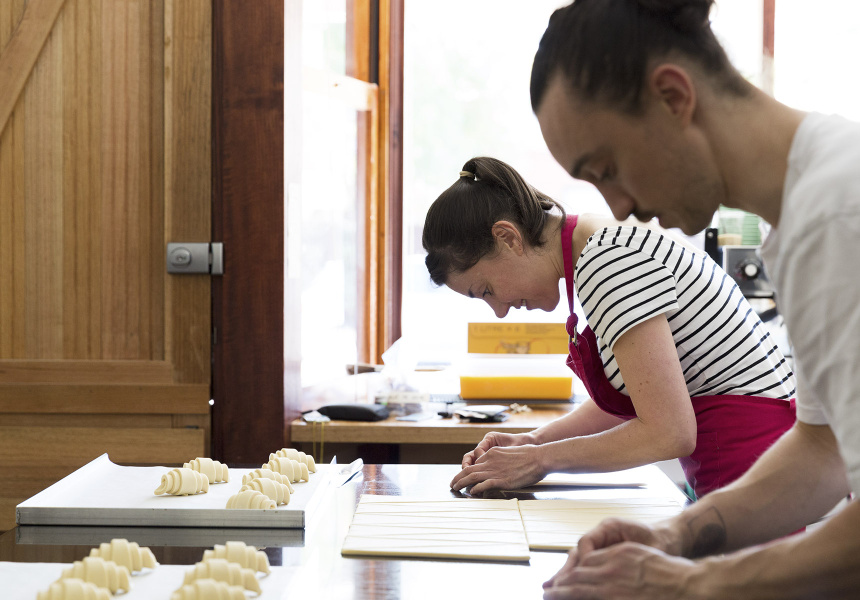 In January this year, Melbourne-based Sbriga Espresso Bar posted an image to Instagram with a close-up of a pizza and a question:

“Anchovies? Help us settle a debate. Yes or No?”

“We don’t put them into our Capriccioso, because we thought most people don’t like them,” says Mario Simeone, Sbriga’s owner. “But we wanted to double check with our loyal followers.”

For many chefs and restaurant operators, social media is a promotional tool. But food industry pros are realising that Instagram, Twitter and Facebook accounts can be used to gather information that has a direct impact on the way their businesses operate.

“We will see whoever follows us on a daily basis and look at them individually,” says Nathan Toleman, co-owner of groundbreaking Melbourne eateries Top Paddock and The Kettle Black. He posts a photo of a fish dish, for example, which leads fish suppliers to follow the account. Toleman sees this and then researches them.

“I do all the social media myself, which is rare, but I think it’s really important to monitor,” he says, adding he won’t hire someone else to do it. It’s working: the Top Paddock Instagram account has more than 25,000 followers.

“I’m actually monitoring and observing every comment made about our business, whether good or bad. We may not respond to them all, but we always action them or acknowledge good or bad comments internally.”

Restaurateur Chris Lucas, of Melbourne’s Chin Chin, Kong and Baby, uses it to investigate what’s working and what’s not, sifting through social media platforms to get a sense of customer satisfaction. Lucas employs two full-time social media staff members, and will test new menu items by promoting them through Instagram.

“The way we’ve engineered Icon Park is if people can use Instagram and Facebook, they can raise money from their fans. If they can post, they can raise hundreds of thousands of dollars.”

The winners of the first crowdfunding campaign managed by Icon Park raised more than $280,000 for their new venture, a reflection of the concept no doubt, but also of the way in which effective management of social media can drive interest and engage with future consumers.

For Jesse McTavish, a partner and head chef at The Kettle Black, social media offers a swift mechanism for finding the best producers. He found, and now uses, meat supplier Cape Grim Beef through Instagram. “If Instagram wasn’t there it would be very difficult to find those people and form relationships with them,” he says.

Other operators are using social media to seek out instantaneous feedback from customers that directly affects output.

On Lune Croissanterie’s one-year anniversary it asked customers to name their favourite flavour of the year, then brought back the three top requests. In February, owner Kate Reid tweeted, “I’ve got the baker’s equivalent of ‘writer’s block’ so I’m opening up the floor to the people. Hit me with your dream cruffin flavours.” One respondent suggested banana and salted caramel, incidentally validating an idea Reid had for a similar flavour combination.

Sun Moth Canteen used Instagram to get instant feedback on its interior finishes and to crowdsource ideas for menu items prior to opening in December 2014.

“Beers easy but which cider? We will only have room for one cider on tap. No bottles. So which one?” Sun Moth asked future customers in November last year. A month later, light fixtures were given a similar treatment: “Okay Instagram, settle a dispute for us ... white or black curly chords on the @lifespacejourney lights?”

“Yes, we can ask people their opinion because a lot of the time, people following you are more knowledgeable than you are,” says Luke Mutton, the owner of Sun Moth Canteen. “I love Twitter and Instagram because it’s like a localised Google – much better at finding answers.

“We are trying to offer a premium product on all fronts: craft beers, natural wines, Aussie spirits, specialty coffee, good produce, design, music etc. So there are people out there who follow us who are very knowledgeable on one particular passion, like beer. We are not afraid to ask them,” he adds.