The Evolution Of The Pop-Up

The pop-up is now a common fixture in the urban landscape, but its nature is changing. From 2015, a few milk crates down an alley won’t cut it. 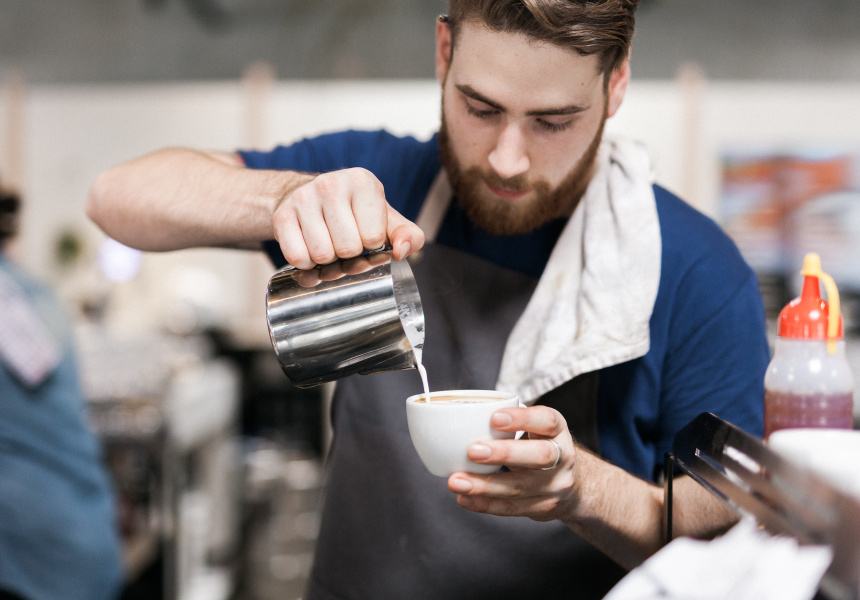 When it came time for one of the world’s most famous restaurants, The Fat Duck, to undergo renovations, owner Heston Blumenthal didn’t shut up shop. Instead the restaurateur and chef moved his staff, a whole lot of pots, and, in essence, his entire operation, to Melbourne for what could be called the world’s most sophisticated six-month pop-up restaurant. In Sydney, Merivale launched a six-month art-based pop-up bar, enlisting Glenn Barkley, the former senior curator at MCA Australia, to run the gallery space. This year, Melbourne Central hosted a glamorous (but very temporary) hotel on its roof for several months.

These days a pop-up or site activation may not only be around for longer, everything about its strategy and design will be going one better than pop-ups of even a year ago.

Architectural practice Design Office created the interior for Filter, a one-year pop-up on the ground floor of an empty office building in Melbourne’s CBD. Its design was named a finalist in the 2015 Australian Interior Design Awards. Renowned interior architect George Livissianis was enlisted to spruce up the space where Sydney’s Cafe Paci would reside for one year, after which the building would be demolished. And Knafeh is a mobile pop-up bakery housed in a Sydney shipping container.

“The sophistication of the pop-up is going to a whole new level,” says Bec McHenry, co-founder of Pop Union, which specialises in place-making, events and non-permanent spaces.

Indeed, pop-ups—increasingly labelled “activations”—were once linked to flash sales and crude furnishings. But in recent years they have become an industry unto themselves, rather than a component of a marketing budget or the quickest way to clear end-of-season product.

“In five years we have gone from people not getting what we are about to property developers approaching us to find solutions for redevelopments and vacant spaces,” says Lily Jacobs, the CEO of Renew Adelaide, a program offering short-term, rent-free leases to small businesses. “We see Renew Adelaide as a cultural movement that generates excitement and fosters a creative economy. We know it not only provides creative entrepreneurs a low-risk opportunity to test their ideas, but also helps revitalise an area and attract new foot traffic and consumers.”

Jacobs says most Renew Adelaide operators use the vehicle to test the viability of longer-term projects. In Perth, a similar not-for-profit scheme called Spacemarket pairs, “disused spaces with useful people.” Both Spacemarket and Renew Adelaide take their cues from Renew Newcastle, an urban renewal project that places artists and cultural and community groups in unused spaces until those venues become commercially viable or are redeveloped.

James Tutton, director of Melbourne-based property developer Neometro, says there are now, “myriad things that fit in to what could be called a ‘pop-up culture.’”

For developers such as Tutton, working with a pop-up concept can help build community around a future development and neighbourhood while they wait for a planning permit to be approved.

A Neometro development in Collingwood housed a pop-up cafe, aptly named Place Holder, a not-for-profit-art gallery and an urban garden in the carpark out the back.

“It’s not just about activation for the sake of selling,” Tutton says. “Our focus is on social and community outcomes.”

KALEX had a similar approach with one of its sites in Fitzroy. The developer launched a chic but temporary space called Living Events, with the help of regular collaborators such as Jackson Clements Burrows Architects, Urban Commons and Great Dane furniture.

“We’re fully in control of who is there and we’re being selective and conscious to ensure it exposes our site to an audience we think is likely to contain a potential purchaser base,” says Kyp Bosci, KALEX’s managing director. “Rather than say to someone, here’s a week-to-week lease, do what you want, we’re doing it in a more considered way to reflect the values of the business.”

Bosci says developers have always been looking for people to occupy these unused spaces but what has changed is the bourgeoning market of creative tenants who are looking for temporary spaces to flaunt their wares or skills.

“There’s a layer of risk to a space that doesn’t have any commercial history,” says Pop Union’s McHenry. “Do these people like coffee? Or do they want pizza?” Developers can test out these concepts with pop-up eateries on their site, prior to installing a permanent tenant at the bottom of an apartment block, for example. Essentially, they can engage in risk-free due diligence.”

“That sort of stuff is really new. Not just doing it for the sake of doing it, but testing a business model,” McHenry says.

“The next wave is going to be focused on personalities,” says Bec McHenry of what’s next for the pop-up industry. “Mexican was trendy two years ago, for example. It’s now moved to the whole idea of people and chefs you want to follow – that’s how people are connecting with product.”