As the food industry develops ever-more sophisticated methods of production and delivery, an increasing number of people are devising ways to get us, the end consumers, involved again. 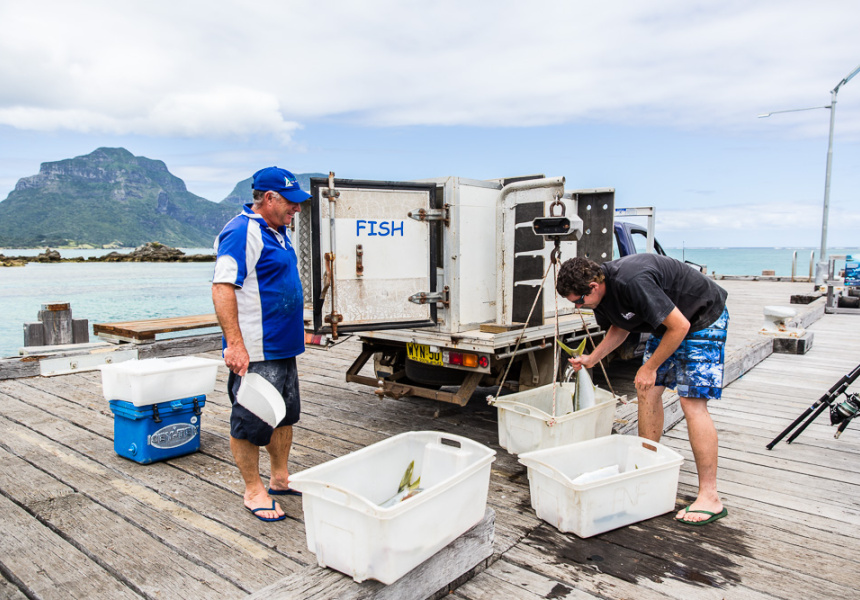 “People want to trust what they put in their mouths. That's a good thing.” From his home on Fat Pig Farm in Tasmania, former chef and food critic Matthew Evans is considering the clear shift towards a reconnection with our food.

“Food should be our friend, but stories of what's in food, how it is sometimes produced, how far it's travelled and its environmental and ethical concerns have led to a bit of a backlash,” he says. “In Australia, people are way more interested in where their food comes from than they were a decade or two ago. To me, it's simply that we went so far down the industrial route that there was an inevitable correction.”

Farmer Tammi Jonas is part of this backlash, and is helping the rest of us join in. With her family she runs Jonai Farms & Meatsmiths, raising pastured rare-breed Large Black pigs and a small herd of cattle on volcanic paddocks near Daylesford, Victoria. The open farm, with its in-house butchery, runs according to the ethicurean principles of ethical food consumption and enjoyment.

“The whole philosophy is radical transparency, and connecting people to how their food is grown,” says Jonas. As part of that, visitors to the farm can meet the pigs, “to see how they’re raised here compared to in the industrial system”, and take part in workshops such as sausage making, butchery and home curing. The winter-only salami days are particularly popular: a complete guide through the process of transforming a whole pig into a year’s supply of cured meat, including salami, pancetta, guanciale, lonza and prosciutto.

Among the regular participants are other “smallholders” keen to learn the skills in order to be self-sufficient on their own properties. “This space is going to become a lot more populated with people who are trying to grow food more fairly,” says Jonas. “I think people should not only watch that, but actively support it; give their business to the farmers who are doing it this way.”

Rohan Anderson is one such person hoping to pass on skills learned through his transition from an unhappy life of fast food to complete sustainability on his farm near Ballarat in Victoria, as documented candidly on his blog, Whole Larder Love.

“Making people aware of how their food impacts the environment and their own personal health makes a lot of sense to me,” he says. His plan is to create an educational and recreational space called The Nursery Project, also near Daylesford. Although a Kickstarter campaign last year failed to raise sufficient funds to set it in motion, the vision, community and tenacity is in place.

Anderson plans to bring together people with great ideas and the same ideology, around “paddocks full of different gardens, orchards, nut trees, animals and a place to hold events and functions. I’ve got this vision of a thing I call The Mess Hall, which is a dirty great big straw-bale barn. You can cook and run courses on how to make everything from tomato relish to sourdough bread to rabbit stew, or even how to cook veggies.”

“It is embracing and respecting nature in a way we may have unlearned to do,” explains Jan Gundlach, whose philosophy as culinary director of the Farmhouse Restaurant at the Pialligo Estate near Canberra is shared with Anderson and Jonas. “Coming from a small village in Germany, everything we had to eat came largely from our neighbours, friends’ gardens or local hunters. As a 12 year old, I would forage wild mushrooms and sell them to a local cannery. So, we haven't invented anything new.”

By reconnecting to our food, it’s not only our environmental and physical health we improve, but our mental health, too. “The research is pretty clear that society isn’t getting any happier, as we seek this lifestyle of convenience and ease,” says Jonas. “What happens is, having got rid of some of the work of the old ways, we now seek entertainment to replace it. Cooking, teaching and working hard with our bodies, hands and minds is what makes us happy.”

“There’s no better combination than going out on a boat to catch a fish, then coming back, lighting your own fire, having a beer and cooking it,” Luke Hanson agrees. Hanson, an agricultural scientist by trade, runs Pinetrees Lodge on Lord Howe Island: a destination famed for its kingfish, which swim in abundance in its pristine waters. Guests at the lodge join a fishing party before heading to the beach with their spoils for a traditional wood-fire barbeque.

They enjoy this, Hanson says, because they have buy-in to where their produce comes from. But because Lord Howe Island is a premium destination, he’s mindful to point out that increased awareness is not a universal concern. “People with disposable income and a bit of ideology care about these things,” he says, “but there are a lot of people driven by price.”

This “call back to basics”, Gundlach says, “Is luxury at this point in time. Hopefully it will be groomed to something the wider community is involved in. Like true luxury, it does not speak to markets, it speaks to individuals.”