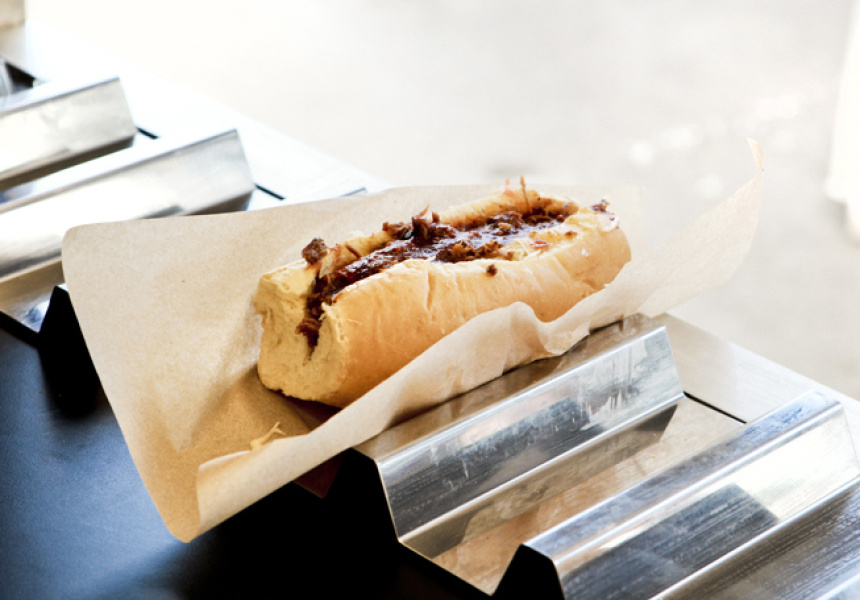 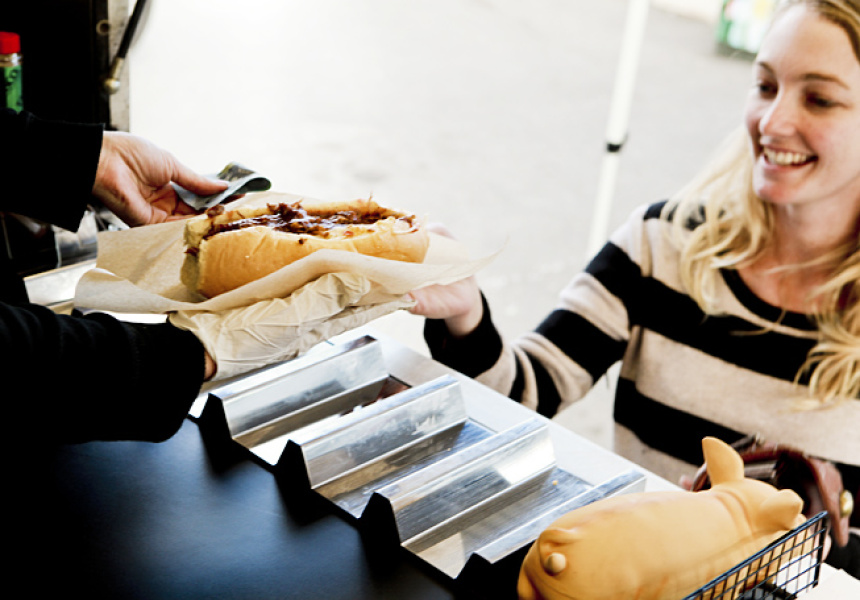 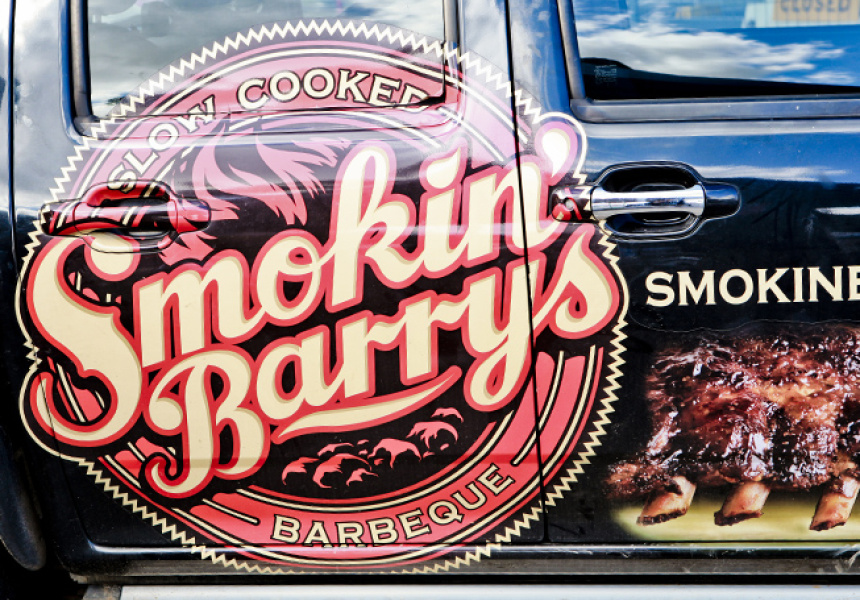 Smokin’ Barrys, the latest player on the Melbourne food truck scene, has a motto that caught our eye: ‘You Don’t Need Teeth to Eat our Meat!’ and they’re right. With some cuts slow cooking for 16 odd hours, Smokin’ Barrys robust chow is tender and succulent.

Think pork, lamb and beef rubbed in special sauces, marinade and spices, hickory-smoked brisket and more-ish sticky ribs cooked at a glacial speed until it all falls apart when it hits your lips.

Smokin’ Barrys has been an enduring festival favourite since their inception in late-2011, rolling up the wheels at Springfest, Midsumma and Moomba. After doing some time at Barkly Square in Brunswick, the truck is now free to wander Melbourne’s streets. Simply track their location at wherethetruck.at or Facebook next time the stomach grumbles.

While vegetarians get a brief look in with barbecued corn on the cob with paprika seasoning or freshly tossed green mixed leaf salad with fresh cucumber and French dressing, Smokin’ Barrys is unmistakably aimed at the meat-mad.

It’s clear that Barrys southern-style meat banquet is trading off on the American food craze that is sweeping the city, but it seems we can’t get enough of that Texan vibe.

Go on an empty belly because this gear is certainly substantial.