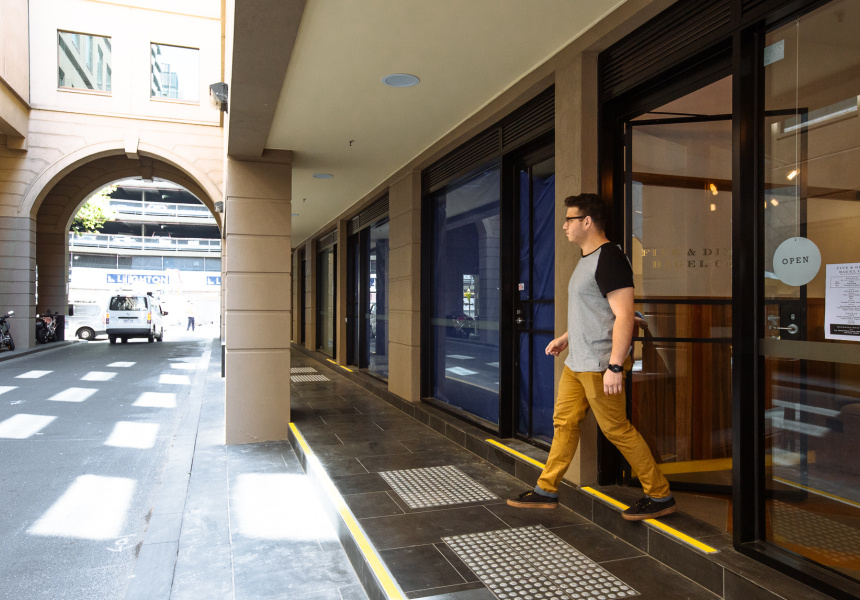 Australian bagels just weren’t cutting it for Zev Forman. The New Jersey native grew up with the good stuff, so the local interpretations left something to be desired. “As a Jewish New Yorker, we had bagels for everything,” he says, warning that he doesn’t want to spark an international incident. “I remember going down the Shore with my grandparents, and during the summers, every day, we’d have a huge spread of bagels and cream cheese and lox.”

So a couple years ago the now proudly Melburnian chef began baking his own and selling them at markets such as Flemington and Coburg Farmers’ Market. Turns out people liked them. “The response with nothing like I expected,” he says.

For research, he travelled to the States to work with the most celebrated bagel-makers in New York. He hung out at Baron Bagels in San Francisco, where he developed his signature technique. “Barons took more of the new sourdough, long ferments approach,” Forman sayss. “That’s really where I developed my recipe.”

Fast forward two years. Just open this week, 5 & Dime now has a dedicated bakery and a snappy, deco-style cafe to boot. Fitted out by Brand Works and Beyond the Pixel, Forman was careful not to stray into Yankee clichè. “I brought them pictures of buildings in New York that I love,” he says. “But I didn’t want it to be like a Hard Rock Cafe – there were to be no pictures of the Empire State Building.”

True to its American origins, 5 & Dime serves batch-brewed filter coffee – though it’s made to Australian standards. Offering rotating single origins, the coffee’s taken care of by Collingwood up-and-comer, Promised Land. “The primary focus has been the filter coffee,” says barista Patrick Montelongo. “There’s no customer-wait time, it’s immediately available to serve, and it tastes better, honestly, than a lot of filter coffees I have around Melbourne.”

But really, 5 & Dime’s all about the bagels. It begins with a starter that sits for 24 hours, then they’re rolled into rings and fermented for another 24 hours. Finally they’re boiled, baked and served fresh in plain, onion, rye, poppyseed, sesame, cinnamon and raisin, dill, or salt varieties.

While the menu is under development, Forman’s all about quality: he’s smoking his own salmon, curing his own gravlax and using Goldfields real cultured cream cheese. “The only real big commercial product we have is the Vegemite, and that’s never been opened,” he says.