Best of the Week on Broadsheet

Been busy this week? Our editor fills you in on all the good stuff that happened. 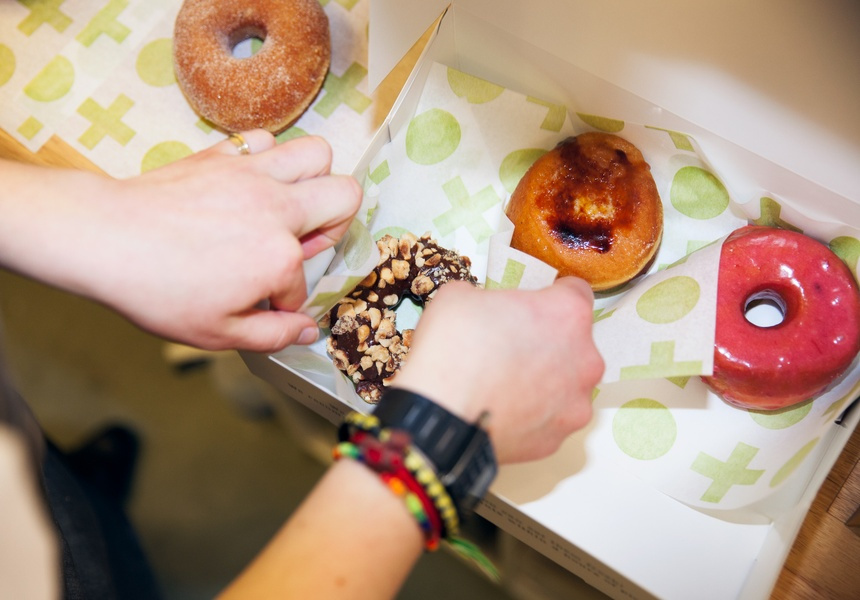 What’s going on, Melbourne? We can go a few months without a decent bar opening in the city, but the past week or two has really been one those ‘when it rains’ situations.

First, The Black Market pop up is open on Smith Street and we’re really hoping it doesn’t pop down for a good while. Food is by Raph Rashid (good), wine by Blackhearts & Sparrows (good). It’s a winner.

In other drinking news, Forester's Hall has replaced A Bar Called Barry and is everything it promised – big, noisy and more craft beers than you (and all your friends) could get through in a night.

Neighbourhood favourite Carwyn Cellars in Thornbury has opened the rear entrance to reveal the Back Room Bar, a warm and friendly place for locals to drink – but with a truly impressive and vast selection of craft beers. Polepole also opened in the CBD, and is offering an unusual set of African beers and East African-inspired bar snacks.

Other major news on the openings front? Doughnuts. Shortstop Coffee & Donuts lifted the shutters early this week next to the health-conscious Raw Trader (really strange bedfellows) and – despite the hype in the lead up – could not have been prepared for the crowds. By the second and third day, wait times for a doughnut were up to 45 minutes, and today they were unable to sell any through their physical store to make sure they filled their online orders. If you didn’t get in, don’t forget– there are more doughnuts in the sea.

In fashion, we only just wrapped Melbourne Spring Fashion Week to jump to the runways of New York – Caroline Clements was at New York Fashion Week to track the Australian designers representing us on a world stage.