It’s been more than a year since our last doughnut roundup. Eighteen months on, one thing’s for sure – Melbourne is still dough-nuts about ‘em. 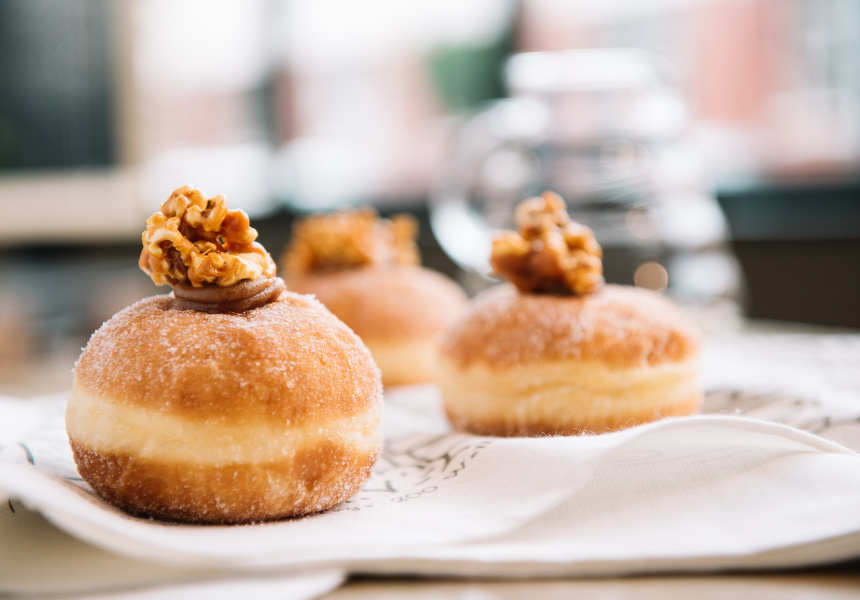 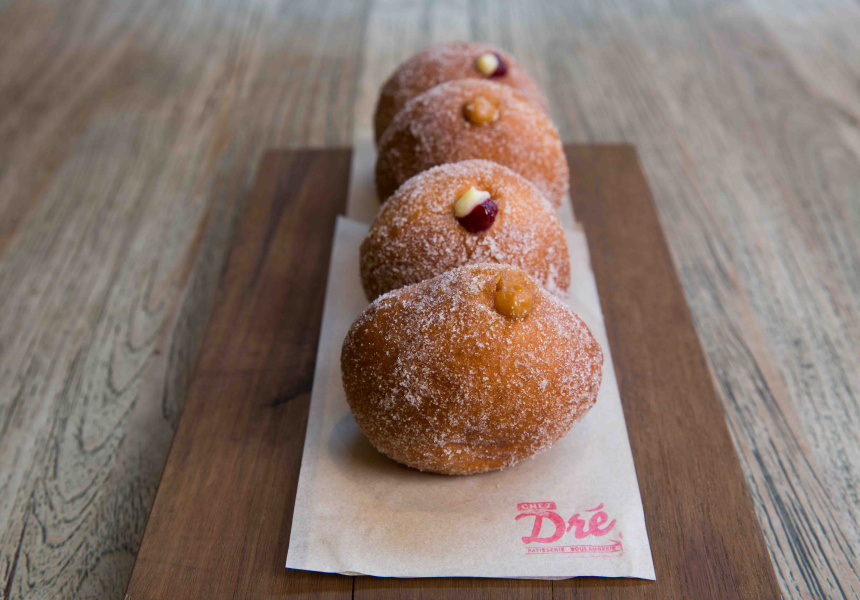 Cronuts may have had their 15 minutes, but the demand for doughnuts remains intact. Quality, creativity and abundance are on the rise, so it’s time to get you up to speed with what’s out there.

Since our last doughnut crawl, we found nostalgia to be a recurrent theme, with makers stirring up memories from Iced VoVos to blue-heaven milkshakes. We reckon we’ve found the best around town.

For more of Melbourne's best doughnuts, find A Doughnut Crawl: Part One here.

Shortstop Coffee & Donuts
Shortstop had 16,000 Instagram followers when it opened in September last year. Now more than 36,000 people scroll through its feed of #doughnutporn and organise their day around a visit to this laneway doughnut sanctuary. There are four varieties including raised dough with a hole, raised and filled, cake crumb and a classic French choux pastry cruller. Specials draw a crowd on weekends but the signature fresh apple pie – springy dough filled with stewed apple-spiked vanilla cream and sprinkled with spiced crumble – is a reliable choice.
12 Sutherland Street, Melbourne

Aunty Peg’s
Not everyone knows that there’s a giant kitchen above Aunty Peg’s. That’s where head pastry chef Gad Assayag and Beth O’Loughlin make doughnuts so good they wholesale to places such as Archie’s All Day, Three Bags Full and Barry. You’ll find them at Proud Mary and Stagger Lee’s, too, owned by the same crew. The salted-caramel with sticky popcorn on top is a revelation. The secret behind the most indulgent doughnut filling we’ve tasted is that the sugar is caramelised before being turned into custard. Decadent is an understatement.
200 Wellington Street, Collingwood
(03) 9417 1333

Easey’s
Easey’s scores bonus points for being the only place in Melbourne where you can eat doughnuts in a train carriage on a roof, but the little balls of nostalgia it serves aren’t too shabby, either. They’re fried to order and then piped with a milkshake-inspired custard, so that each bite is a wonderful contrast of hot and cold. Flavours change weekly, but the novelty factor in the blue heaven is unbeatable. Have a napkin nearby to wipe the custard and cinnamon sugar dusting off your face.
48 Easey Street, Collingwood
(03) 9079 5942

All Day Donuts
Doughnuts, all day, erryday. Or at least Friday to Sunday, since Raph Rashid, the guy behind Beatbox Kitchen and Taco Truck, put All Day Donuts at the front of his Brunswick warehouse. You’ll want to bring a couple of mates so you can try them all, but our personal favourite is the Iced VoVo; pretty in pink, sprinkled with desiccated coconut and with a well of tart raspberry jam in the middle that balances out the sweetness.
12 Edward Street, Brunswick
(03) 8060 6664

Sweet Evelyn
These classic custard doughnuts are baked until golden brown to create the slightest exterior crunch and contain a generous piping of vanilla-flecked custard in the centre. If you’re feeling adventurous, it’s also been known to offer passionfruit, chocolate, cinnamon and bacon-and-maple varieties. Add a side of house-made blueberry jam for 50 cents, but maybe not to the bacon option. If there’s a special occasion coming up, put in a custom-flavour request with the team; they’re more than happy to whip up a whacky batch on your behalf.
128 Union Street, Brunswick
(03) 9078 3734

Chez Dré
It might come as a surprise to learn that South Melbourne’s favourite cafe and patisserie, Chez Dré, only started making doughnuts last weekend. The catalyst was the opening of Bibelot, the European-inspired dessert bar next door. Chez Dré has moved its much-loved petits gateaux and macarons there and is now focusing on artisan bread and baked goods, such as doughnuts. The dough is textbook (a result of the co-owner and chef pâtissière having Michelin-Star experience), while the cream-cheese filling that accompanies the raspberry jam prevents the combination from being overly sweet. There’s also a vanilla and caramel option that looks a lot like the one from Aunty Peg’s, also crowned with popcorn.
285–287 Coventry Street, South Melbourne
(03) 9690 2688

Ascot Food Store
Get here early if you’re keen to sample the doughnuts. The first time we visited it had sold out by 11am. Maybe it’s the flavour combinations that make Ascot Food Store’s doughnuts so popular, ranging from salty Snickers and s’mores to white chocolate with freeze-dried berries, Froot Loops and cereal-milk anglaise. Or perhaps the fact each one comes with a sweet syringe of homemade custard wedged in the hole is the clincher. Doughnuts don’t come much more Instagrammable than this.
320 Ascot Vale Road, Moonee Ponds
(03) 9370 2649

Dandee Donuts
The doughnuts in this list are all newcomers, but we thought we’d include a classic to demonstrate how enduring the doughnut really is. Dandee Donuts has been selling its famous, fluffy spheres piped with hot jam and rolled in sugar for 40 years. It has a permanent spot at Dandenong Market, but you may have seen the gold-and-purple truck at events and festivals, too. The colours pay homage to the Oakleigh Football club – the current owner’s parents started the business in their Oakleigh backyard. Fun fact: the first van was affectionately known as Snoopy.
39 Clow Street, Dandenong Market
(03) 9796 5249

If you're hungry for more, find A Doughnut Crawl: Part One here. 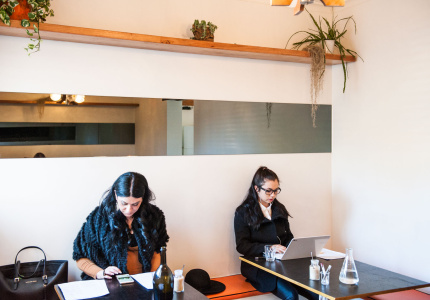