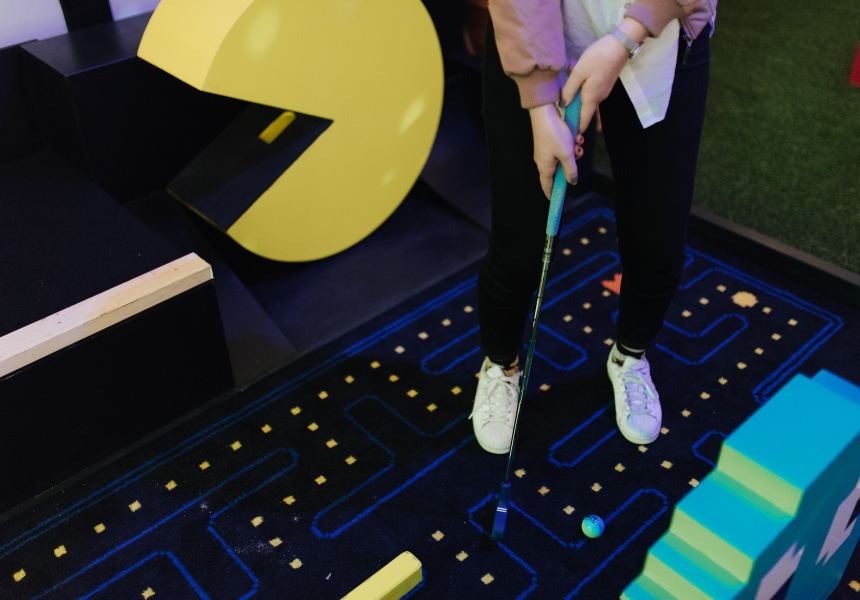 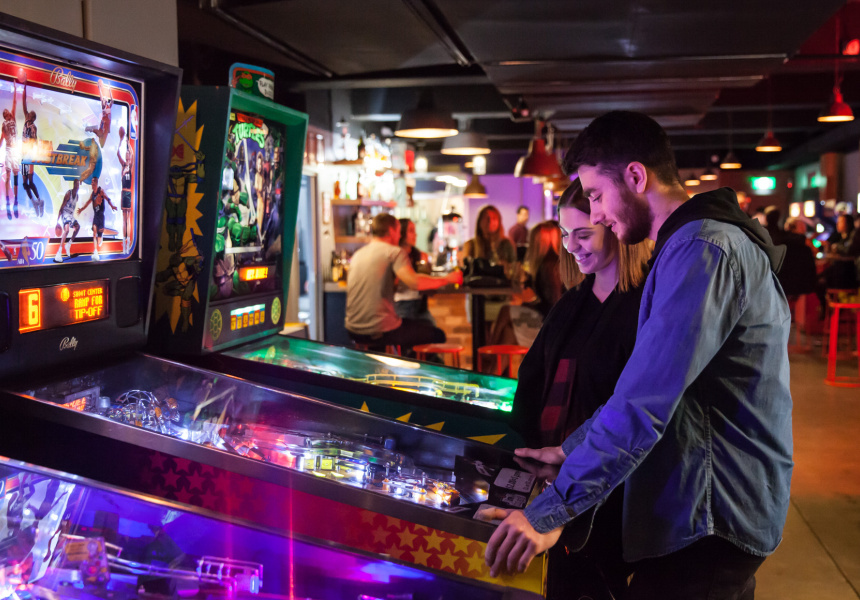 When opposites attract, it’s often to complement each other. But that’s not always how it works out. You’re artsy, they’re all business. You’re ultra social, they’re quiet. You’re an Aperol Spritz, they’re a White Russian. So what do you do? End up on a treadmill of generic dates that don’t offend either of your sensibilities? Forget it.

Melbourne has a swag of multi-purpose places to tickle every fancy. Here’s a few selections to make everyone happy on date night. 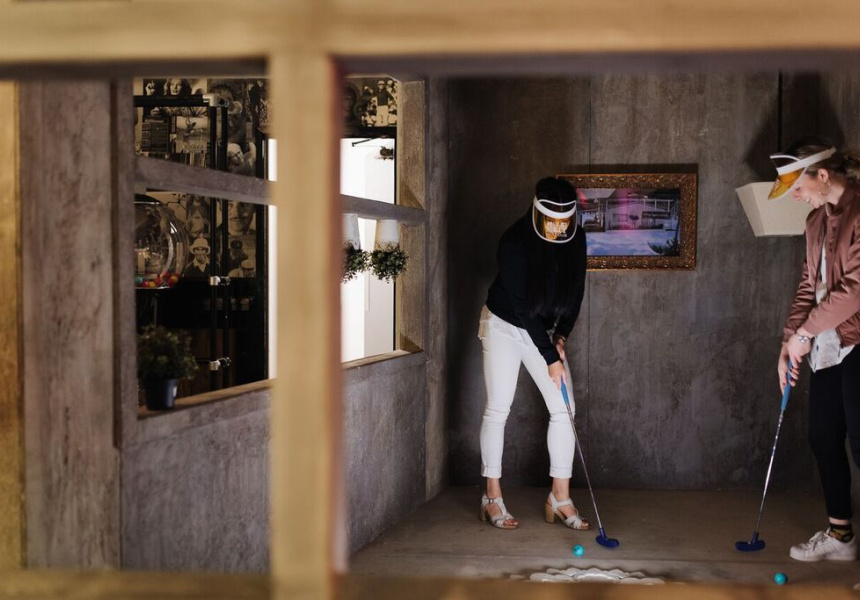 Holey Moly on Little Bourke street in the CBD can’t decide if it wants to be a novelty bar or mini-golf course. So it’s both, which makes it perfect for the passive-aggressive couple. Competitive types get to test their mettle across the courses 27 holes, each made that little bit harder by countless props, neon colours, and, as CEO of parent company Fun Lab Michael Schreiber put it, “more about luck than skill.”

While one curses the greens, the other can chill with a drink while laughing at both their date’s rage and the pun-laden cocktail menu, which features items like Happy Gilmoreos, Long Island Iced Tees, The Heavenly Hazelputt, and Teeyonce Holes. 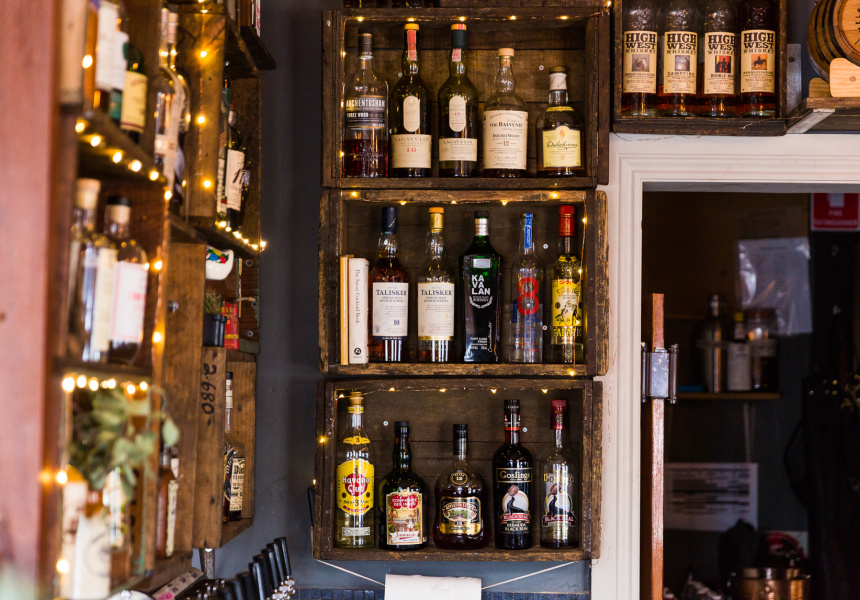 Some folks love the feeling of a juicy cut of red meat sliding down the gullet. Other folks prefer the artisanship of well-mixed liquor. The two don’t usually go together: smoked meats pair with best beers or red wine, cocktails pair with pencil-moustaches, frocks and more cocktails. But not at Bluebonnet Barbecue.

The Fitzroy North haunt stacks golden oak-smoked chook and Berkshire pulled pork out the back, but the front bar, Loretta’s, hinges on a seasonal cocktail menu and liquors like Yarra Valley shiraz grapes steeped in dry gin and Belgian stout brewed with vanilla pods, hazelnut and cacao nibs. But chef Chris Terlikar and cocktail caretaker Oscar Eastman have made an art of complementing each other’s craft perfectly, meaning no matter where your tastebuds and romantic decisions lead, here you’re in good hands. 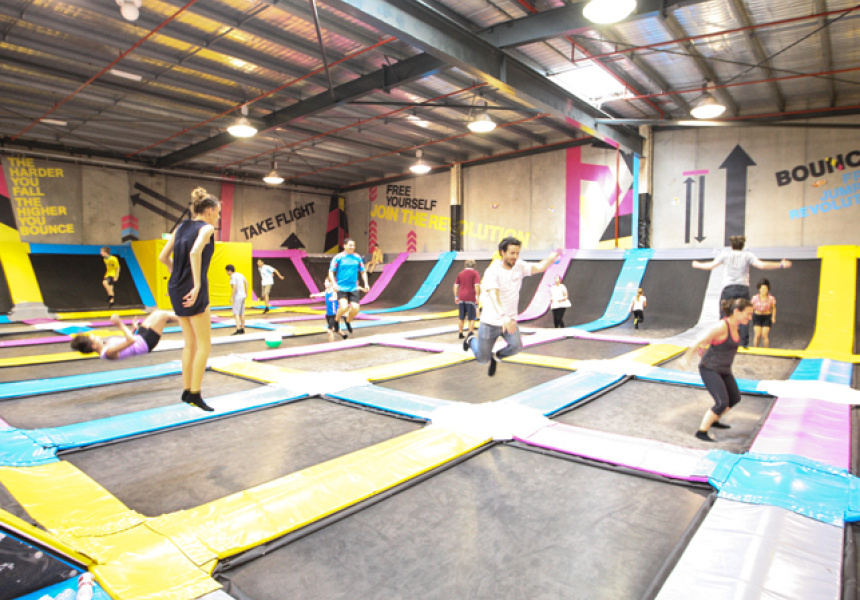 They have energy to burn, you burn only to compete

Regular dodgeball was once such a hallowed pastime Vince Vaughn made a movie about it. But trampoline paradise BOUNCEinc has amped it up to make it look like child’s play.

With several warehouse locations around Melbourne (Essendon, Glen Iris, and Blackburn North) BOUNCEinc is a company hell-bent on turning trampolines into massive all-ages playgrounds. SlamBall is its dodgeball-trampoline crossover. The dodgeball part will satisfy one partner’s craving for victory, while the trampoline part is bound to tucker out anyone chasing that energy high. Level it up by going on an octuple date: two teams of four competing to see which couples can be king of the bouncy castle. 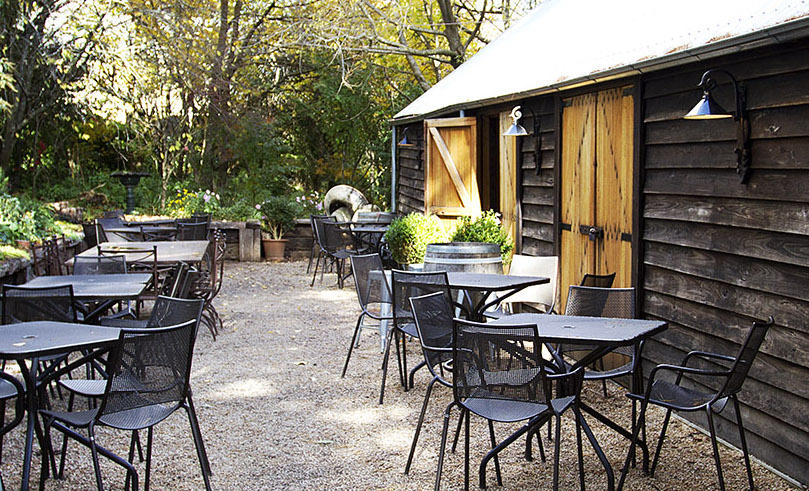 You enjoy scenic drives to quaint country pubs, they like fine art

The Cosmopolitan is in Trentham, an hour north-west of Melbourne. Established in the 1860s, the pub retains the charm of a vintage hotel while having a few extras to make it cosmopolitan in both name and nature.

Gutted by fire in 2005 and reopened in 2009, The Cosmo’s fresh weatherboard exterior and tin roof look like they’ve been freshly transported in from last century. But inside, connoisseurs looking for more than a cosy atmosphere can find works of art like the portraits of Rose Wilson, whose weathered faces and rugged, textured clothing pay homage to the beauty and character of rural Australian life.

Elsewhere on ground there’s lush paths to walk through an acre of heritage garden and regular live music from the locals. If you’re angling for a tree change but worried you’re leaving too much culture behind, The Cosmo makes that decision a whole lot easier. 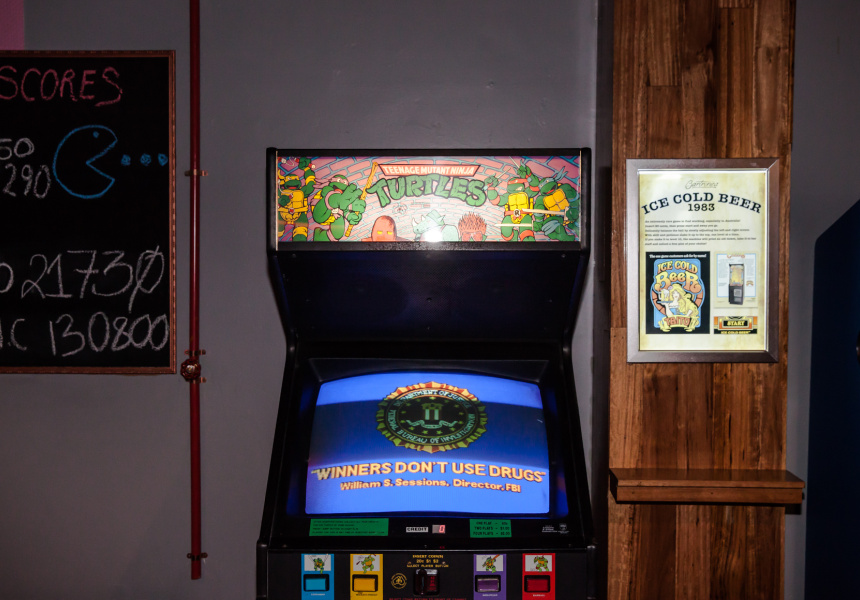 This inner-city bar is a perfect middle ground for your classic extrovert/introvert couple. Sequestered in a Flinders Lane basement, Bartronica unfolds into a true arcade-style open plan layout, with just about every inch of the walls taken by some kind of video game.

From vintage goods like Street Fighter II and the original Donkey Kong to N64 classics like Mario Kart and Pokemon Stadium, the more introverted half will have plenty to disappear into.

For the extroverts, the bar has room for big groups amid the cacophony of the bar as well as the quieter but chatty outdoor area. And if you really want to bridge the difference, it hosts regular tournaments over the likes of Crash Team Racing and Pokemon Stadium. And let’s face it – after a couple of drinks, even the staunchest anti-gamer can’t resist Galaga. True love waits.