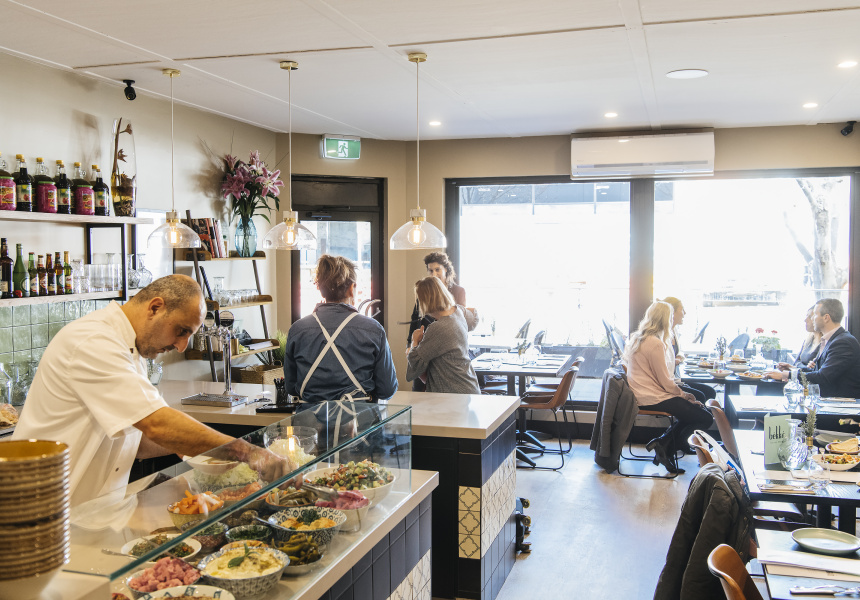 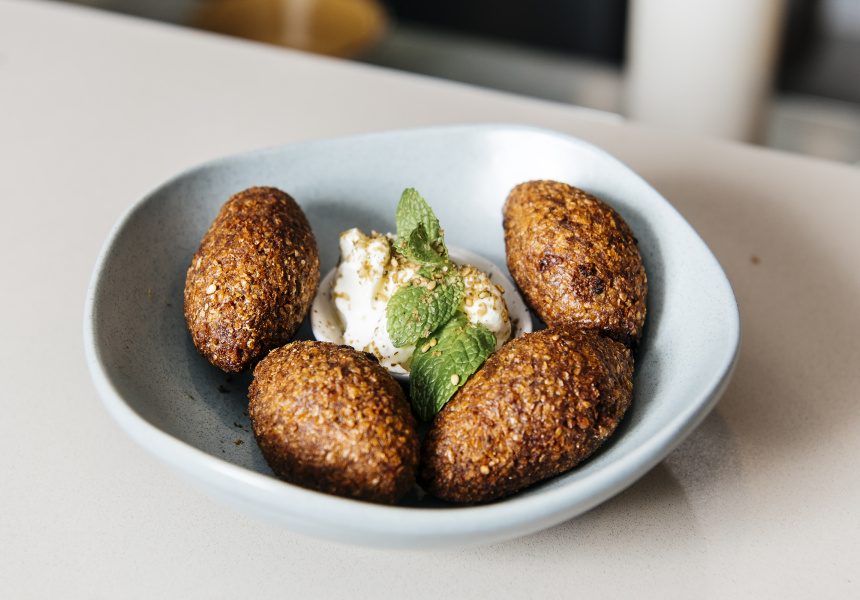 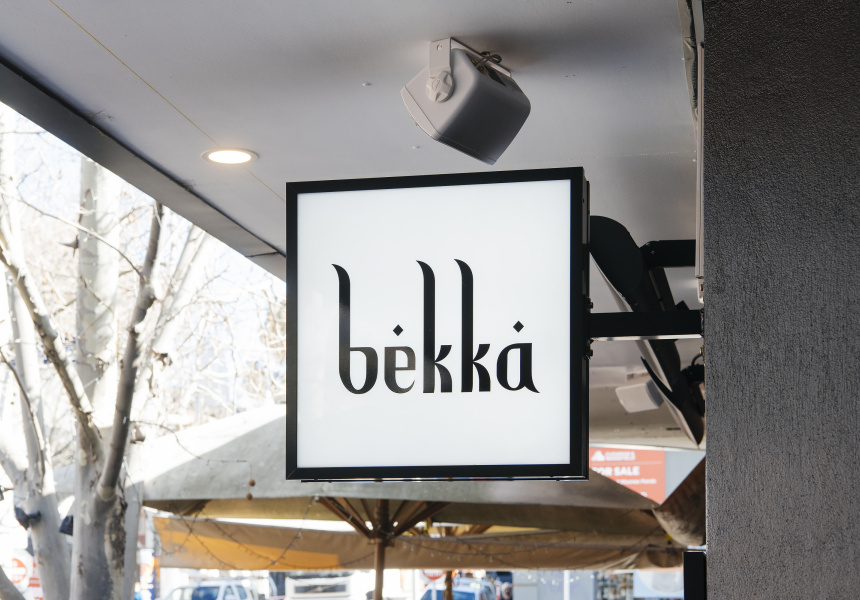 If you walked into Richard Pavlov’s mother’s house right now, it’s likely you’d find milk and yoghurt boiling over the stove. A second batch would be straining through a pillowcase tied around the tap over the laundry trough.

“They hang it for a day or two. By the time it’d all finished dripping … it’d feel thick and heavy and they’d turn the pillow case out,” says Suzy Pavlov, who owns the eatery with her husband.

“And that’s your labneh,” says Richard. “I remember even letting it dry for another few more days and it became shanklish (an aged Middle Eastern cheese texturally similar to feta) – we’ve got that on the menu as well.”

That labneh is served with triangles of soft pita, or you can scoop it up with some of the fried, spice-dusted pita that Suzy delivers to every table on arrival – no charge. Vinegary pickled vegetables are complimentary too.

The second-generation Lebanese-Australians sold their eatery Brunswick Food Store in March 2017, going back to their roots and opening Bekka last month.

“It’s all very traditional, but I’ve had my input as well,” says Richard. “The moujadara [a Lebanese dish of lentils, rice and fried onion] … it’s pretty much served like a risotto on a plate – it’s not very attractive. It’s sort of like a dark green, really dull colour, so I thought, ‘How can I make that a little more appealing?’ So, I’ve made it into croquettes.”

The restaurant experience is all about mezze. Alongside Richard’s homemade falafel, share battata harra (fried potatoes with garlic, coriander and chilli), grilled barramundi with fattoush, makaneek (spiced beef and lamb sausages) and fried cauliflower with tahini.

Suzy remembers Lebanese traditions from her childhood, and she’s passed them down to sons Oscar, Leon and Lewis.

“Growing up I’d say to mum, ‘I’ve got a sore tummy,’ and she was like, ‘Oh, I’ll make you some za’atar,’” explains Suzy. “If we used to get a sting or a puffy eye, Mum used to put rosewater on a cotton ball.”

The lemonada (house-made lemonade with rosewater) was another home remedy for stomach pain. “If you’re sick – don’t have Panadol, have lemonada,” Suzy says, laughing.

For dessert, there’s kanafeh, an oven-baked cheese with kataifi (shredded pastry) and rosewater syrup; baklava with vanilla-bean ice-cream; and muhallebi, a milk custard with berries and orange-blossom syrup.

The name is a nod to Lebanon’s Beqaa Valley, a region thick with olive groves and cultivated wheat fields, dotted with vineyards, fig and pomegranate trees.

Interiors are by Trish Khoury of Grace Interior Designs. Camel-saddle-style seating, arabesque tiles and large, leafy pot plants are inspired by the contrasting desert, mountains and lush greenery of the Lebanese landscape. Outside, planter boxes of oregano, mint and rosemary double as ingredients.

This article first appeared on Broadsheet on August 16, 2018. Menu items may have changed since publication.