On a leafy residential street, this homey neighbourhood cafe might be “new”, but the beautiful old building it inhabits has been a hub for the Parkville community for more than a century. 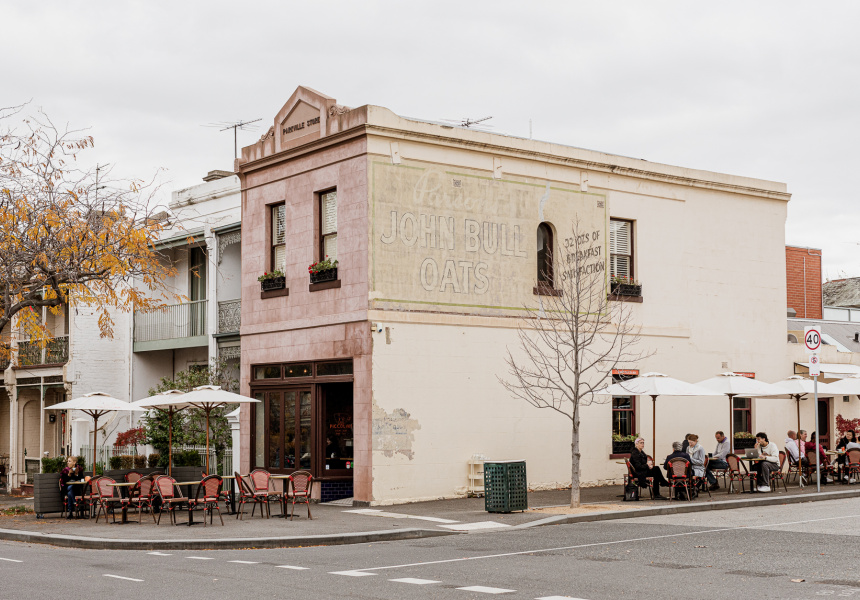 With a history dating back to the late 1800s – and a ghost sign for John Bull Oats (by the company that became Uncle Tobys) painted across one wall – the building that now houses Cafe Piccolina is part of the furniture in Parkville.

Many would argue that so too is owner Alex Wright, who was a bartender at neighbouring pub Naughtons before taking the reins here – at the suggestion of her boss.

“He approached me as I was literally pouring beers and polishing glasses asking if I wanted to own a cafe,” Wright tells Broadsheet. “I don’t think I would have done it if it wasn’t this place, but [there’s] such a beautiful sense of community here in Parkville.”

While the Naughtons owners are also involved in Cafe Piccolina, Wright is the brains behind (and the face of) the operation, along with her dog, who inspired the cafe’s logo.

It first opened as a little corner grocer in 1884 and was, until recently, still operating as a cafe. “When I took over and people found out it was me, they were overjoyed because it’s not someone new and scary,” she says. “I’ve got such great relationships with the customers at the pub who are also customers here.”

Those regulars directly influenced the menu, which features a smattering of cafe classics; you might find skillet-baked eggs with sourdough; mushroom and taleggio toasties; and creamy poached chicken sandwiches peppered with capers, cornichons and herbs.

The counter is lined with platters of baked goods, from banana bread to vegan lamingtons to date scones, which Wright says have developed a following. Coffee comes courtesy of Kensington’s Rumble Coffee Roasters.

Its faded pink facade stands tall on Morrah Street, but the interior hasn’t changed dramatically. Wright has hung some paintings and added a handful of Italian-inspired statues to the fit-out – a nod to her heritage and the cafe’s name. “Piccolina means ‘little one’,” she says. “It’s a term of endearment in Italian.”

Though she has big plans to eventually expand the space and the menu, Wright’s main goal is to ensure that her customers’ needs are considered first and foremost.

“I think hospitality is so underrated in terms of the connection that we have with people,” she says. “I’m not just here giving you a chicken schnitzel; I'm here for you to talk to if you want to come in every day. My main concern is making the community feel welcome.” 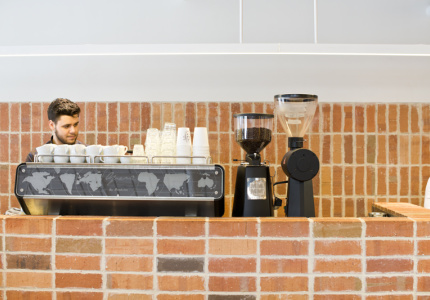