We might think of it as a simple mixer, but bourbon deserves recognition as a premium spirit. Charles Ainsbury, an Australian World Class Champion bartender, explains why. 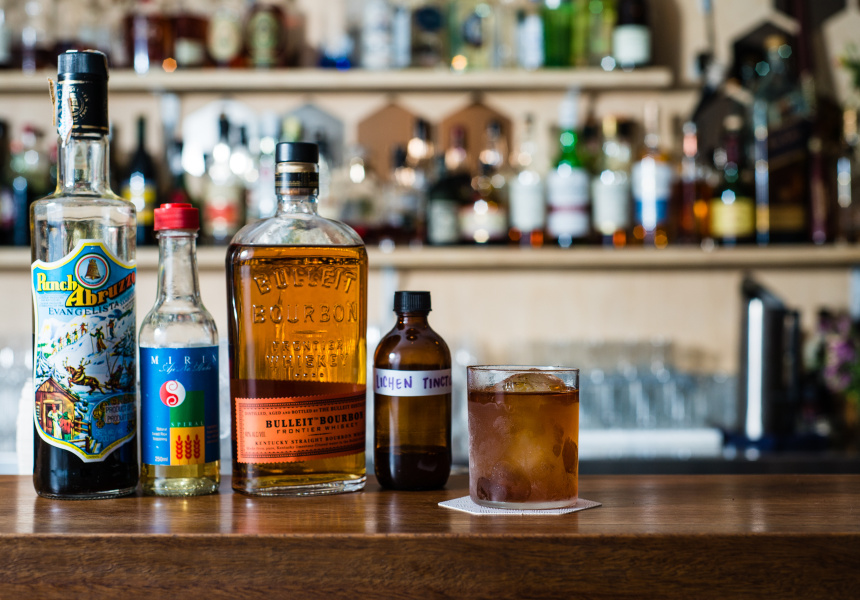 “I imagine this stigma has simply derived from the Australian drinking culture … or lack thereof,” says Charlie Ainsbury, Diageo’s World Class Australian Bartender of the Year winner in 2014, Ainsbury says despite bourbon being a sophisticated drink, the public’s general perception of it still leaves something to be desired.

Ainsbury himself is doing a lot of work to turn this around. Having previously managed one of Australia’s best bars, Eau Da Vie, in February he opened, This Must Be The Place, with 2013 World Class Champion, Luke Ashton.

“My prize for winning the Australian Final of World Class was to visit three distilleries in the Diageo Reserve Portfolio,” Ainsbury says. Ainsbury went to Kentucky, the heart of America’s bourbon-belt. Originally founded in 1935, The Stitzel-Weller Distillery is just outside of Louisville. Last year it re-opened to the public, providing a home for The Bulleit Frontier Whiskey Experience.

“Visiting a distillery is a completely different ball game,” Ainsbury says. “It gives so much colour to the craft of bourbon production, and for all spirits in general.” By visiting the Stitzel-Weller Distillery, Ainsbury learned about Bulleit’s folklore. In 1987 Thomas Bulleit Jr revived his great-great-grandfather’s recipe, thought to be lost 120 years prior. Today, the spirit is still aged in Kentucky according to the Bulleit family traditions.

“There are many rules and regulations associated with creating a 'Kentucky straight bourbon whiskey’,” says Ainsbury. “At first I saw it as a hindrance, but I learnt that it's a good thing – it keeps the distillers honest with their product and it challenges them to create something incredible without straying past the boundaries.”

These distinctions separate Bourbon from other whiskies. “Bulleit bourbon has a higher rye content than most. This allows the bourbon to take on some dry, spicier and peppery notes,” Ainsbury says. Bulleit is filtered through Kentucky limestone, then aged in charred oak for at least six years. This endows the bourbon with a long finish and slight toffee flavour.

If you’re interested in experiencing bourbon at its best, Ainsbury suggests a Manhattan or Gold Rush. Then, of course, there’s the mighty Old Fashioned. At This Must Be The Place, Ainsbury serves a twist on the Old Fashioned, called a Backwoods. Created by Ashton, it combines Bulletin Bourbon, hay smoked honey, mirin, amaro, lichen, and ginger wine with grated coffee on top. "It's an Old Fashioned variation of sorts," says Ainsbury. "But it uses an array of ingredients that, when read, is hard to understand how it would taste. Luke was able to find an incredible harmony between the ingredients resulting in a bold, umami driven cocktail."

Whichever way it’s shaken, to dismiss a good bourbon is to deny yourself some serious drinking pleasure.

This Must Be The Place's Blackwoods recipe
Approximately 2 standard drinks.

Method:
Stir and strain over a large block of ice. Garnish with a grated coffee bean.