The gin here is made using locally foraged ingredients, distilled at a winery and served at its cellar door. And it’s just an hour’s drive from Melbourne. 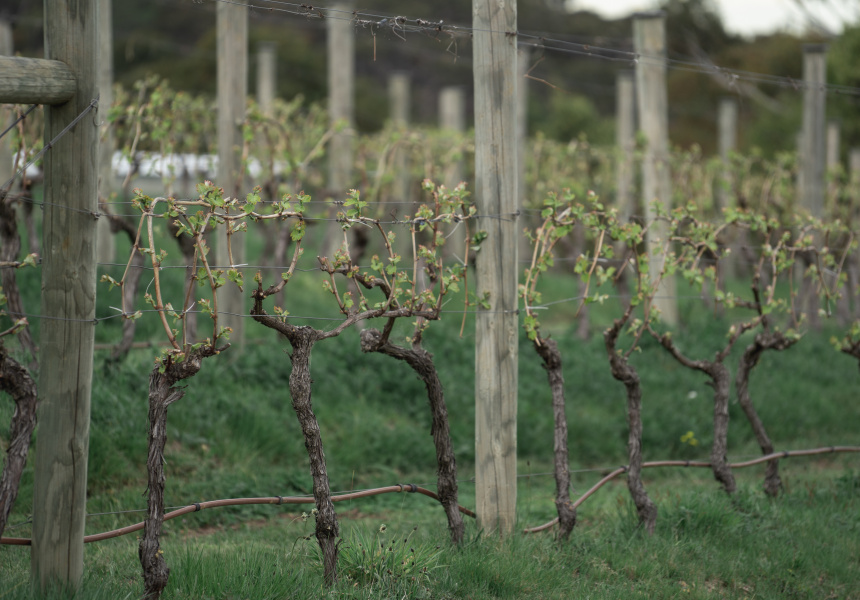 When a beer salesman and a winemaker sat down to taste beer, the result was something completely unexpected: gin.

Mountain Distilling Company co-founder Michael Harris says it all began when he was working in sales for Holgate Brewhouse. He paid a visit to Mount Towrong Vineyard in Mount Macedon to meet its owner George Cremasco.

“I thought, ‘I’ll go up and do a tasting with a great local winery, and try get the beers on at the cellar door’,” says Harris. “While we were there, we were having a few beers and thinking it was such a great area but there are a few things the area was lacking. One of them was a good distillery. At the time there was nothing.”

To Harris’s surprise, Cremasco had always planned a distillery. “He walks me around the back of the property and shows me this area that he built over a decade ago that was purpose built for a distillery.”

Now, two years later, Mountain Distilling has released its first gin, named Mountain. It features pine needles and pepperberry foraged nearby, and is available at the Mount Towrong cellar door where you can try it in a riff on the Hemingway Daiquiri. White rum is substituted for gin, then mixed with lime, grapefruit and maraschino liqueur. It’s served on tap, with nitrogen gas giving it a creamy texture.

For home drinkers, pick up a bottle at Carwyn Cellars or Welcome to Thornbury, and mix with a light tonic or sparkling mineral water. Harris suggests adding a slice of orange to highlight the vibrant and super fresh flavour of the spirit.

“The smell comes through like you’re literally standing on Mount Macedon,” he says.

For now the pair uses a combination of small stills, but they’re in the process of commissioning a new one designed by Sebastian Müller from German distillery equipment maker Müller Brennereianlagen.

Like the pine needles and pepperberry, Harris and Cremasco also didn’t need to look too far to find a logo. Harris says they spent “way too much” money commissioning concepts before Brad Welsh from Woodend design studio Büro of Ideas approached them.

From here, the plan is to create a wider range of gins combining native botanicals with more traditional ingredients: juniper, coriander, orris root, angelica root and orange rind. In addition to gin, Harris and Cremasco plan to make grappa (a traditional Italian spirit made from by-products of the winemaking process) and whiskey. And they have plans to experiment with more local ingredients, such as native roots, to create spirits unique to Australia.

“We’re fully prepared to take a lot of risks and we’re full prepared to do things a little different,” he says. “Let’s just give it a go, if it fails miserably, it fails.”