A Beer Revival Out West

Something big is brewing out Geelong way, and it’s leading the city’s cultural re-emergence. 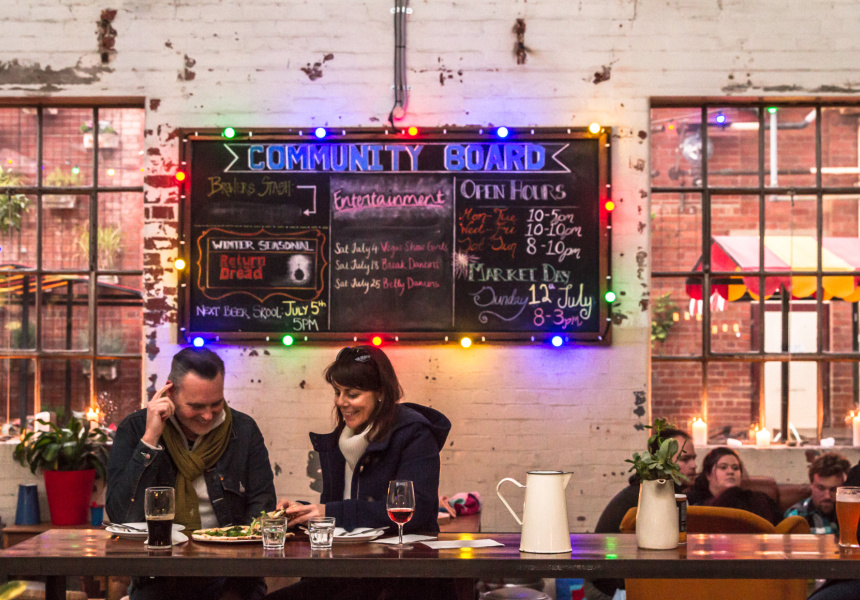 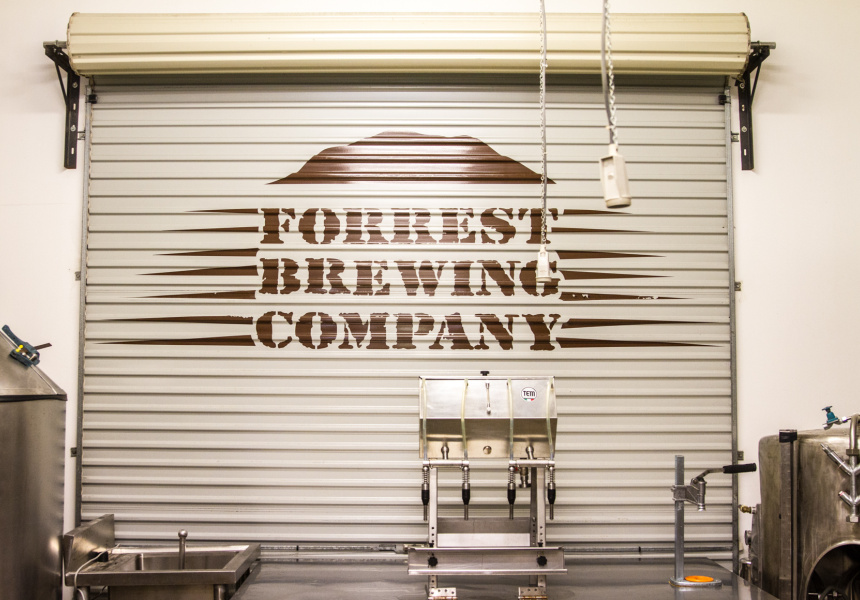 Geelong has had it rough in recent times. While the 2007 recession might have gone largely unnoticed on the main streets of Melbourne, the shopping strips of Geelong tell a different story. A number of shop windows still sport a “For Lease” sign. As much as Geelongites are loathe to admit it, with further closures of manufacturing institutions such as Ford and Alcoa, last year’s viral tourism ad wasn’t entirely wrong in describing the city as a tired, sleepy hollow.

But rather than the suggested wizardry of Geelong’s eccentric-haired mayor sparking the city back to life, it seems better suited to thank beer. More specifically, the breweries and cider houses popping up around the Greater Geelong area in the past five years.

Cracking its first tinnie in 2013, the Little Creatures Brewery is usually the first to spring to people’s minds. The much-needed Eastern Seaboard location for the brewery is a 1920s wool-and-textile mill which looks suspiciously like The Walking Dead’s Terminus. But before it arrived plenty of other places were turning Geelong into a beer-and-cider destination. Forrest Brewing, a sister-brother operation, has been around since 2010 in the Otway region where wild hops grows naturally. And while Flying Brick Cider has been around longer, its cider house in Wallington is new this year. On a smaller scale, Blackman’s down in Torquay hosts a tap room, dining room, and a Canadian-made brewery set up out the back. Most recently, White Rabbit announced it was moving in with Little Creatures, too.

The Little Creatures presence has done a lot for these places, creating a rising-tide-lifts-all-boats situation. “Having something like Little Creatures start in Geelong was really important,” says Sharon Bradshaw from Forrest Brewing (the sister of the pair). “We’re a pretty small business, and they’re pretty big business.” She says just them coming to Geelong, “Got the community thinking about drinking craft beer.”

The brewing boom correlates pretty solidly with the growth in craft beer and cider, Bradshaw describing it as having really rapid growth.

“When we first started thinking about opening a brewery, there were about 25 breweries in Victoria, and now I think there’s about 45,” she says. “The audience and the palate of the craft-beer drinker has grown.”

The same goes for cider according to general manager of Flying Brick Cider, Ross Ebbels, who says it continues to be, “The biggest growth within the alcohol industry at the moment.” And when it comes to Geelong, “New [places are] popping up every day.”

With a pleasing symmetry, a couple of these places are taking up residence in the disused and derelict buildings of Geelong’s manufacturing past. These bricks and mortar ghosts, once a symbol of decline, are now a shining beacon of renewal within the community.

The mill Little Creatures has made its home was found after a long search up and down the east coast. Searching near their malt supplier in North Geelong, the directors had almost given up hope of finding anything they liked when they stepped out of South Geelong’s Barwon Club and spotted the red brick chimney of the mill.

“[They] saw the chimney and said, ‘What’s that?’” Little Creatures Geelong brewery ambassador, Matthew Burns, says. “So they come over the hill and there’s a ‘For Sale’ sign out the front of the fence.”

The previous owner, Ian Ballis, who owns the Mill Markets in Geelong and surrounding regional centres, refused to sell to developers, wanting the site to be of benefit to the community. “When he found out Little Creatures wanted to buy the site he was really happy,” Burns says. And when it came to the city, the feeling was mutual for the directors: “They really liked Geelong and that Geelong was about to reemerge and recreate itself.”

“As far as layout goes, I sort of refer to it as purpose-built a hundred years before we needed it. It just all fits in beautifully … It would have been a lot cheaper to build what we wanted – a purpose-built, state of the art facility – but you also lose all of that character, [and the] history. It’s just beautiful and it would have become just a derelict old building full or squatters and pigeons.” As a bonus, most of the flooring is original thanks to, “all the lanolin over the years.”

Down the coast, it’s a similar story. Forrest Brewing Company occupies the old general store of the township of Forrest.

“Forrest used to be a timber town … a very thriving industry that employed a lot of people,” says Bradshaw. “That was the lifeblood of the town, that’s why people lived here.”

“The building that we’re in at the moment was the old general store in Forrest and when we took it over it was just … unbelievably awful. With only possums and blackberries, everywhere. It was really important to us to rebuild the building rather than just knock it down and put up a shed. And we’ve actually bought a second site in Forrest, the old Timber Mill.”

While Flying Brick has a purpose-built Cider House, Ebbels recognises how important repurposing old Geelong buildings is: “Godfrey Hirst takes over a little bit of the Ford Factory, and then Little Creatures takes over the Godfrey Hirst Factory; it’s the big wheel and it’s good to see that these big factories and warehouses aren’t going to waste.”

Other buildings being revitalised include the Powerhouse, an old power station which has been turned into Australia’s largest legal street art space (curated by the previously mentioned Ballis), and the Federal Wool Mills in northern Geelong slated to be transformed into creative working spaces. Burns mentions in passing that Little Creatures’ success in the mill has potentially encouraged others to put faith in the area and see new opportunities, and Bradshaw agrees:

“It will be interesting to see what happens with all those old manufacturing facilities in Geelong there, because there’s so many of them. That creates a good opportunity in the long run.”