Handmade local jerky. Is there a better beer snack? 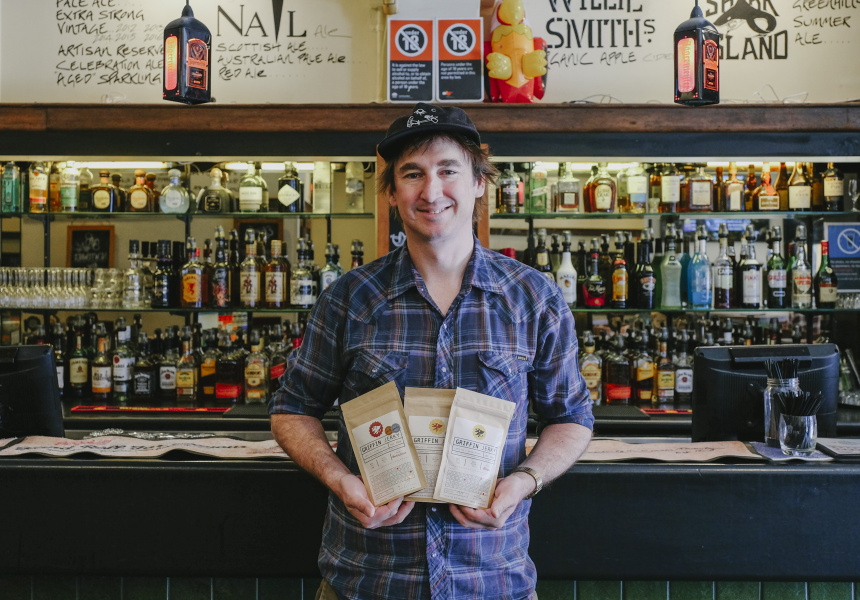 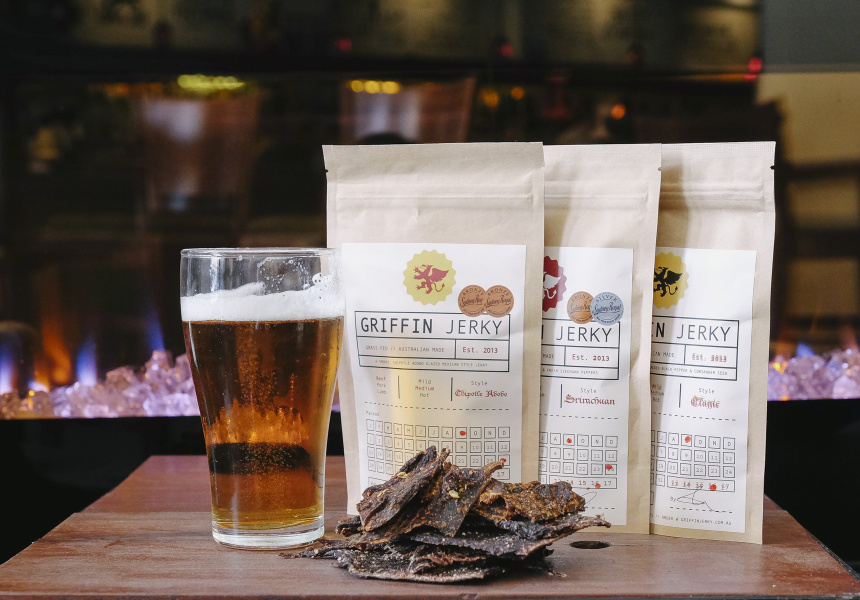 Beer drinkers have heard this story before. A visit to the US leads to an encounter with the country’s small-batch producers and the community that has sprung up around them. Inspired, a Sydney man returns home and sets about trying to create his own product, eventually becoming good enough to see it stocked at a local bar. From there he pursues collaborations with brewers, coffee roasters and chocolatiers.

But Brent Griffin isn’t a brewer. He makes beef jerky.

Griffin’s first taste of quality jerky was on a road trip through the US. When he chanced upon a roadside buffalo-jerky place in Colorado he stopped to try some. What he tasted blew him away.

“It was incredible,” says Griffin. “I’d never had anything like it.”

When he returned to Sydney and began trying to recreate what he had tasted in Colorado, Griffin was encouraged by his friend Pasan Whiteside, co-owner of Earl’s Juke Joint. Whiteside asked Griffin to make jerky for his bar. He did, and three years on Griffin Jerky is available in bars around Sydney and Melbourne. Making jerky has become his full-time job.

All of Griffin’s jerky is made from grass-fed beef. He marinates it in organic, gluten-free tamari and uses the best quality herbs and spices he can source. The end product is an ideal beer snack – something he believes is missing from most Australian pubs. If they do have jerky, he says, most of the time it tastes like “tree bark”.

“Jerky and beer is a no brainer,” he adds. “The hardest thing about making jerky is not eating so much of it.”

Griffin believes his Classic jerky, finished with freshly ground pepper, is best paired with a full-bodied beer, something heavier than a standard lager. He says the Classic jerky’s milder flavour helps the beer standout without overwhelming.

His Asian-inspired Srirachuan, a mix of Sriracha sauce, Szechuan peppers and chilli flakes, is ideal for contrasting with a refreshing lager. “Srirachuan works really well with light-style beers,” he says. “Light lagers that are really crisp.”

Griffin’s third core product is the Mexican-inspired Chipotle Adobo. The flavour comes from mixing ground chipotle peppers in adobo sauce. Griffin describes it as having a smoky but sweet heat, which pairs well with a dark, porter-style beer. It “matches the richness” of the brew’s chocolate and coffee flavours, which, when combined with chili, are reminiscent of classic Mexican mole-style sauces.

Griffin says those kinds of collaborations prove the public is embracing homegrown products.

“People have become more interested in locally produced stuff,” says Griffin. “It works well for us because we can focus on making a better-quality product [rather than needing to sell big quantities].”

His background is in music, but Griffin has found the career change to small-batch jerky-maker an easy one. With the oft-said line that chefs are the new rock stars, maybe brewers and snack makers will soon make a claim on that title.

“A lot of my friends from bands have made the same transition,” says Griffin. “There’s not a tonne of money in music. So starting out in food you think, ‘Well, at least people buy it’. All the struggles of a small business don’t seem that bad when you’ve been working in the music industry.”