Beachside Contemporary Indian With a Touch of Australiana

Black Rock welcomes a new eatery from the man behind Babu Ji and Piquancy. 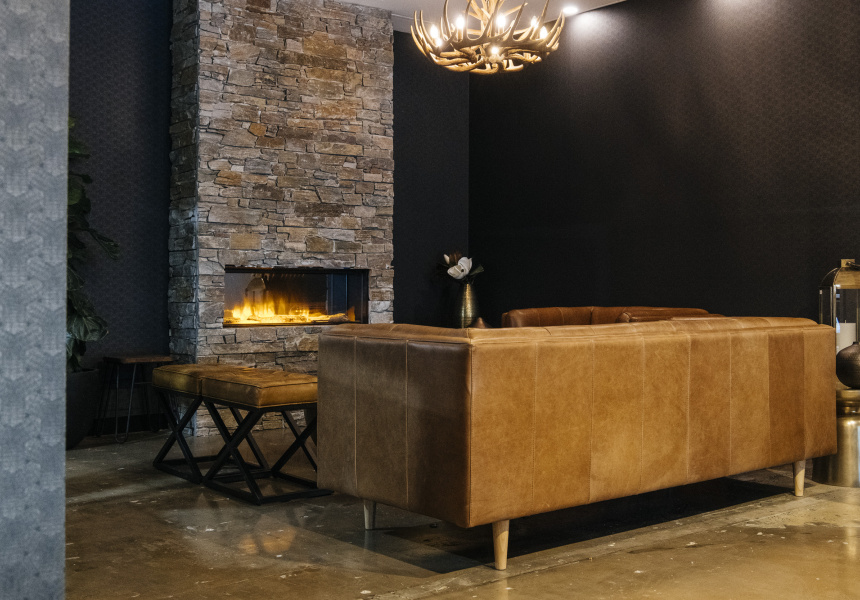 Indian-inspired Elichi is sibling to Babu Ji in St Kilda, and Hawthorn’s Piquancy, all by restaurateur Mani Waraich.

The eatery resides on a relatively quiet shopping strip, just over the road from the beach, among suburban staples – a grocer, butcher and bakery. It takes the space over from an all-day diner and takeaway shop.

Waraich says the push for the new venture came from Babu Ji and Piquancy customers who travel to St Kilda and Hawthorn from suburbs further south, who want this food closer to home. “I let my loyal customers tell me where I should go next,” he says.

While Waraich’s previous two venues shared a lot in common – both serve beautifully presented but familiar Indian dishes with a few contemporary additions – at Elichi Waraich hopes to change diners’ opinions of the cuisine.

“In Babu Ji and Piquancy we did how Indian food can be presented differently,” he says. “But now, we want to [see] what else can be added.”

Head chef Punit Fernandes (Rockpool, Mesh, Merrywell, No. 8 by John Lawson, Mantra Group) moved to Melbourne from Mumbai 10 years ago. In 2015 he was an Australian-Pacific finalist for the San Pellegrino Young Chef of the Year Award. Here, Fernandes draws on Elichi’s (pronounced "eh-lychee") Punjabi meaning: “cardamom”.

“In India it is actually produced as a mouth-freshner,” Waraich says. “We want people to have that feeling when they come and eat our food. We don’t want them to feel like, ‘Oh, I shouldn’t have gone there. I’ve eaten too much. It’s too heavy’.”

Fernandes’s menu takes conventional Indian and lightens it, bringing in Australian herbs and flavours. The panipuri (traditionally a fried, crisp shell filled with flavoured water, tamarind chutney, chilli, chaat masala, potato and onion) is lifted with finger lime and mint. Lamb ribs are roasted with saltbush and cumin. A cold dish of whipped-garlic labneh and roasted Jerusalem artichokes is another standout.

There are crowd-pleasers too: beef masala, butter chicken, Otway pork vindaloo – borrowed from Elichi’s predecessors, but Waraich implores his guests to try everything but the obvious.

The sundried tomato and mozzarella naan is reminiscent of a toasted sandwich, and a black garlic butter naan is sweet enough to pass as dessert. On the dessert menu itself, a rich cardamom-flavoured dome of cheesecake, with Old Monk rum (an Indian dark rum, aged for a minimum of seven years) jelly, pineapple sorbet and toasted almonds.

The Australian-heavy wine list is crafted by sommelier Jeff Sault, or you can BYO.

As at Elichi’s siblings, a Grab Your Own beer and cider fridge encourages you to get up and choose from 40-plus local and international labels for $10 a bottle, some you might not have come across before. “It’s very hard to pick something [from a drinks menu],” Waraich says. “You tend to order one you know. Like butter chicken.”

Waraich is proud that at-a-glance it’s hard to decipher what cuisine you’ll get beyond the doors of his eatery. “I don’t like obviousness,” he says.

Inside, the 70-seat space is moody without pretention. Concrete floors, black matte seating and dark wallpaper are softened by the storefront’s full-length windows, and wave-like corrugated timber accents that match the tables.