Be Sure of a Big Surprise at The Woodlands Hotel

Despite its bustling Sydney Road location, one could be forgiven for getting lost in the woods at this quirky Coburg newcomer. 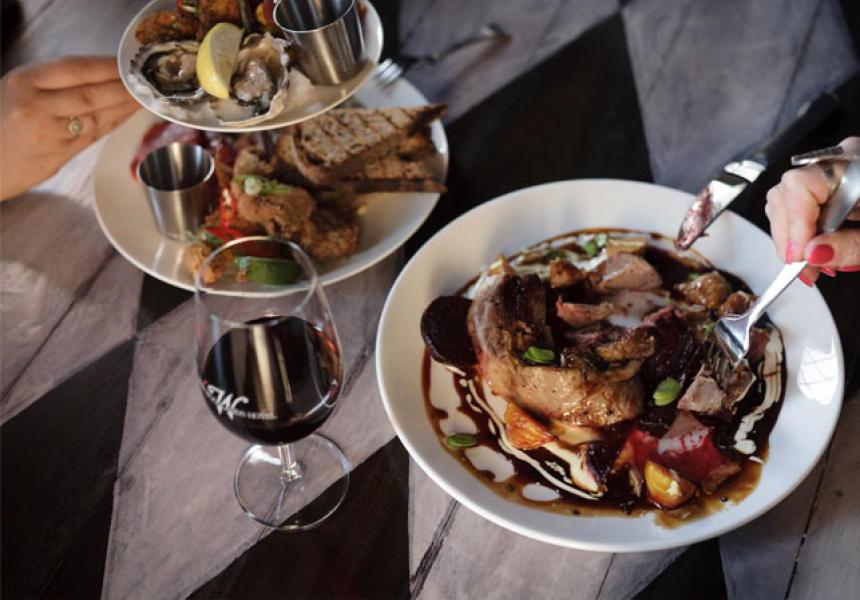 Taking a rather sharp detour from the strip’s typical workingman pub scene, The Woodlands Hotel is attracting a new breed of beer drinker thanks to its impressive list of micro-brewed craft beers and eccentric fit out.

With several local beers on tap and another 60-plus bottled varieties, it’s safe to assume that these guys take the beer thing pretty seriously. And given that Victoria now has more microbreweries than any other state, the team behind The Woodlands has had a swell time sourcing some of the state’s finest brews for their newly opened venture.

Owner Hayden George and bar manager Warwick Coleman spent several years exploring all things porter, pilsner, stout and cider when working together at the Belgian Beer Café. At The Woodlands, the pair have eschewed old-world tradition and bland, big name producers to instead focus on flaunting high-quality, small-batch producers to a broader Melbourne public.

Brewers from as far afield as Gippsland, Mount Beauty, Mildura and Bright are featured and tap beers rotate regularly to keep things interesting. Wines, too, are a local-only affair and prices are refreshingly decent.

The pub’s unique interior is another very distinct point of difference and is itself well worth crossing town for. Originally built in the 1850s, the space now showcases the distinctive work of local artist Blokk, also responsible for designing the CBD’s Carlton Hotel. At The Woodlands, he has created a fantastically whimsical refurb that is best described as Mad Hatter’s opium den meets gothic churchy farm shed – definitely something that has to be seen to be appreciated.

It’s also the new home of Mauritian-born chef Jocelyn Riviere, best known for his time spent winning chef’s hats and accolades at North Melbourne’s Courthouse Hotel. Though the menu here is classically mod-Oz, you’ll see hints of Riviere’s heritage in dishes such as the goat curry and the gateaux piments, spiced split pea fritters with aioli and curry leaf oil – a Mauritian street-food classic. Many of the dishes are designed to be shared and prices are kept pub-appropriate.

The soon-to-open upstairs cocktail lounge will no doubt play host to many an animated pre-Christmas celebration; the décor alone is enough to inject some spice into laborious small-talk should a night with the office crew start getting tedious.

Whimsy aside, we’re thinking The Woodlands will be warmly welcomed by Coburg’s rapidly shifting and increasingly savvy local demographic.