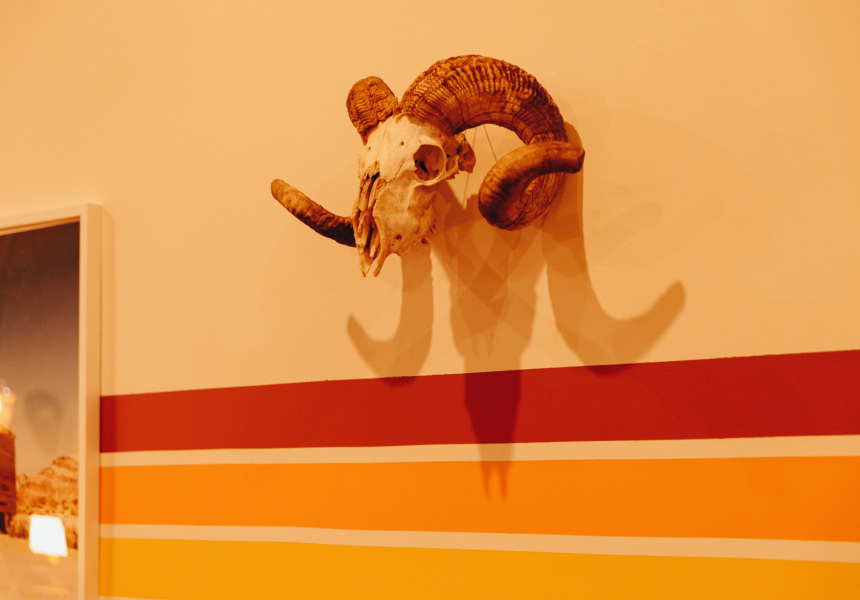 On October 10, 2016, our lizard overlord Mark Zuckerberg appeared in his backyard to show off his newest baby, Facebook Live. Staring at the camera for 90 minutes straight and blinking approximately twice, he rambles about manual cars, AI and other topics. But mostly, he can’t stop talking about all the meat he’s going to extract from the two smokers sitting behind him.

The bizarre video has been parodied and remixed hundreds of times. My favourite version autotunes Zuck’s monotonous voice into this insanely catchy song.

Smoking these meats
Meat like a brisket
I’m making meats now
Someone asked me, do I smoke meats?
Yeah I smoke meat
That’s what I’m talking ’bout, yeah

This is what I would like to listen to, on endless repeat, every time I eat American-style barbeque. Unfortunately for me, but fortunately for everyone else, Brunswick’s Bar Texaco has a whole playlist of more suitable tunes, such as Apache, The Shadows’ twangy 1960 hit.

This is one of a few ways the new diner eases you into the Tex-Mex headspace. Another is the framed photography hung about the place, depicting vintage motorbikes, sombrero-clad horsemen, dusty frontier towns, lonesome motels and clusters of cacti. And, for some reason, a painting of Keanu Reeves as Jesus. He’s behind the bar, seemingly blessing the ample collection of tequila, mezcal and bourbon below him.

Good beer and wine are available, but these gutsy spirits are the thing to sip as you plough through Texan-style brisket with a simple salt and pepper crust; pork belly that’s soft and melt-y rather than brittle and crunchy; smoked half chicken; jalapeno kransky; and typical sides such as coleslaw and mac’n’cheese.

The Mex flavours are on display in four tacos on house-made corn tortillas: carne asada (beef); al pastor (pork and pineapple); sweet potato; and Baja fish with chipotle mayo. There are also burgers and veg-heavy sides. Except for the burger buns and mac’n’ cheese, everything is gluten-free.

Kevin Dick, who previously cheffed at Andrew McConnell’s Three One Two and Cutler & Co, runs the business with his partner, Sheree Dylan. They’ve been working up to Bar Texaco for about four years. “I had quite a big junction in my life around 2014,” Dick says. “I thought, ‘I’m going to take some time off being a chef.’”

Looking around for a cuisine or technique he hadn’t yet explored, he hit upon American barbeque and responded to a Burn City Smokers ad searching for casual staff. After a summer there, he was ready to launch his own business, Limp Brisket, and imported a Lang 84-inch Deluxe smoker, “Betty”, from Georgia.

After a stretch catering events, Limp Brisket moved onto extended residencies at Port Melbourne pub The Hack and Collingwood icon The Gem.

Now on Sydney Road, not far from Bluebonnet, Que Club and Bluestone, Limp Brisket feels right at home. Betty is parked discreetly behind the tables in Texaco’s back courtyard. She’s fed almost daily, from a neatly stacked pile of ironbark logs.

“It [barbeque] was meant to be a hobby,” quips Dylan, who put aside her career in logistics to work front-of-house.

I’m glad it didn’t turn out that way: we might have ended up watching Dick ramble on Facebook Live, rather than actually getting to eat his splendid smoked meats.