From Belarus to Balaclava, Bread 84 Years in the Making

Two Jewish refugees use physics to make what might be Melbourne’s best loaf of rye. 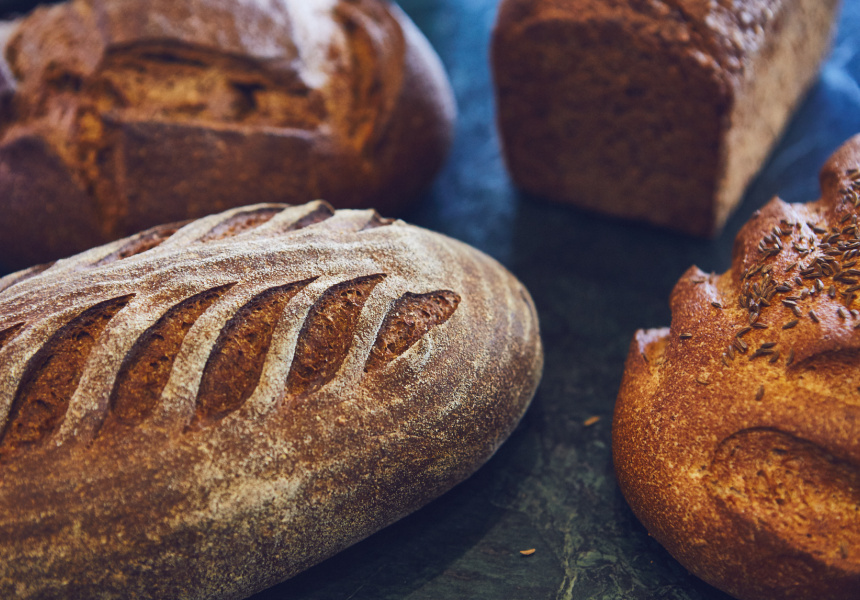 Balaclava’s a long way from Belarus. And that’s exactly what attracted Mara and Michael Rakov in the first place.

Born in 1933 and raised in Minsk, the young Michael survived the Holocaust and the Nazi occupation of the city that began in 1941. Mara and Michael suffered further under Soviet rule, which systematically discriminated against Belarusian Jews from 1944.

So, in 1976, with only $240 to their name, the couple applied for a refugee visa, packed their luggage full of books, and made their way slowly to Australia. “It was far away from Communism,” explains Mara. “That was our preference.”

But life in Australia wasn’t easy. Though Michael was a highly qualified radio physicist in the USSR, and Mara a mechanical engineer, job opportunities were scarce for refugees with limited English. To eke out a living they took on odd jobs; selling cabbage rolls at the Queen Victoria Market and helping build the West Gate Bridge.

“I was a scientist back in Russia. When I came to Australia I was 45 years old. We came at a time when there was a crisis, everything was down. To find proper employment in my field was difficult,” Michael says. “I decided to go into a teaching profession, which was more accessible at that stage. I started a career as a teacher and I worked at Ivanhoe Grammar for 23 years.”

The Rakovs both retired in 2002 but, true to their knack for radical reinvention, the pair decided on a career change. So they bought a bakery.

Most bakers begin their careers as teenagers. Michael Rakov began his at 70. After buying Golden Rye International, an Eastern European bakery on Carlisle Street, a crash-course in bread was in order. They changed the name to Baker in the Rye (Golden Rye International was confusing some customers looking for a Chinese restaurant) and started reading.

Michael had no background in bread making, but he did have one in physics, which he believes gave him a head start: “I think it gives a good understanding of the chemistry and biology involved in the bread-making process … I know what’s happening inside the bread,” he explains. “I’m sure most bakers have an approximate understanding of this. There are plenty of very good bakers. But unlike the other guys, I understand it on the molecular level.”

To prove his point he gives a detailed exposition on the science of bread in terms that are mostly comprehensible: “When you mix the bread, you not only bring the ingredients together, you also develop an inner structure. Inside the dough, you bring oxygen. The more you mix, the more oxygen you bring in,” he says. “Oxygen helps, in one way, the dough to develop, but in another way it harms the dough. Too much oxygen will break the connections inside the molecules, and will affect the taste of the bread.”

Michael’s specialty is rye sourdough, a European delicacy that’s fundamentally different to what many Australians grew up on. While rye is growing in popularity here, the stuff was scarce until recently. The pumpernickel loaf most commonly found was wet and sticky, a travesty to the tastes of Michael and Mara. Pumpernickel’s very different at Baker in the Rye: light enough to eat as a sandwich; moist but evenly baked and definitely not oily. The Rakovs bake 14 other varieties of rye-based breads, from the 100-per-cent-rye-flour Bavarian Borodinsky, to the 50–50 Ukranian, Polish and Vienna loaves, and the San Francisco-style light rye.

While rye is part of the Rakovs’ culinary heritage, their attraction to the grain might have more to do with its technical challenges than a connection to the old country.

“Rye’s a very difficult product to work with,” Michael says. Essentially this comes down to the structure of rye versus, say, white bread.

White bread “develops inside itself” with a structure that resembles a bee’s honeycomb, and “when the bread starts growing, you have yeast in there, which is eating the flour and burps away carbon hydroxide,” he explains. “Because it’s a gas, it expands. In rye bread, that doesn’t happen. To develop volume, it’s enormously difficult. You have to have a very sour environment, otherwise it becomes mushy and sticky.”

At 84 Michael is still intimately involved in the bread-making process; he regularly experiments with new flours and starters and comes up with new pastries and loaves. During our interview he darts downstairs to check on the sourdough he’d begun that morning. “The dough waits for no-one!”

Whatever the Rakovs are doing, it’s working. When they took the bakery over their clientele was 80 per cent Russian immigrants and, while they’re still coming, that number is now inverted. Eighty per cent of Baker in the Rye’s customers are Australians of other backgrounds. With the help of their daughter they’ve recently remodelled the store, bringing in Fiona Lynch Design and Lucky One Creative to fit it out in rich green tiles and a very schmick new logo. Along with the range of rye they’re serving Niccolo espresso, Reuben sandwiches and cloudlike little pirozshki (pockets of dough) stuffed with cabbage and spiced beef.

While Australia might not have been the promised land the Rakovs dreamt of from their kommunalka in Minsk, it seems they found exactly what they were looking for.

“I’ll tell you a little joke,” says Michael, conspiratorially. “If you say “rye” in Russian, it means paradise.”

Baker in the Rye