Back Alley Sally’s Opens in Footscray 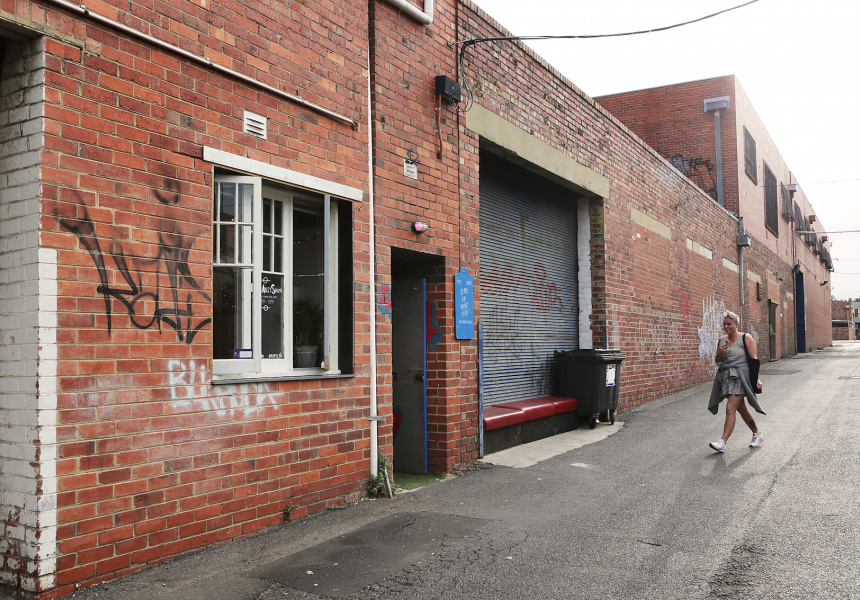 A previously abandoned multistorey warehouse in Footscray’s Yewer Street now houses Back Alley Sally’s. It’s a grungy new bar from the people who brought you 1000 £ Bend; the original St. Jerome’s laneway bar; as well as the St. Jerome’s Laneway Festival.

In a suburb known for multicultural cuisine, it’s one of the few places where locals can grab a beer and a slice of pizza. Its location toward the Maribyrnong River also separates it from the rest of the pack.

“There are some good places out there, but we’re still a bit of a lone solider in our area,” says owner Jerome Borazio. “We’re the first venue within that Footscray entertainment precinct. But we know that the area will develop, and we’re looking forward to it.”

Victoria University, Footscray Community Arts Centre and Laneway Festival are all in the vicinity – places and events that will build a bar crowd. Another clear drawcard is cheap rent. Real estate data suggests that the number of people looking at houses in Footscray doubled between May 2015 and January 2016.

Borazio has kept Back Alley Sally’s simple. Hyper-local beers such as Footscray Ale, Two Birds and Sunshine Lager are on tap. The bar sits above Slice Girls West – a pizza joint serving nachos, toasties and pizzas named after Spice Girls songs, which can be ordered from downstairs. It’s the same kind of set-up that 1000 £ Bend enjoys with Slice Girls City.

The warehouse is fitted with industrial lights, cosy booths and fake grass. It’s a relaxed place to kick back after work, sparing Westside locals the trauma of being shoehorned into a CBD bar before a long ride home.