The Carlton North cafe is going all-in on takeaway, serving Turkish-style fried chicken sandwiches, more varieties of flaky borek than ever before, and syrupy choc-hazelnut baklava. 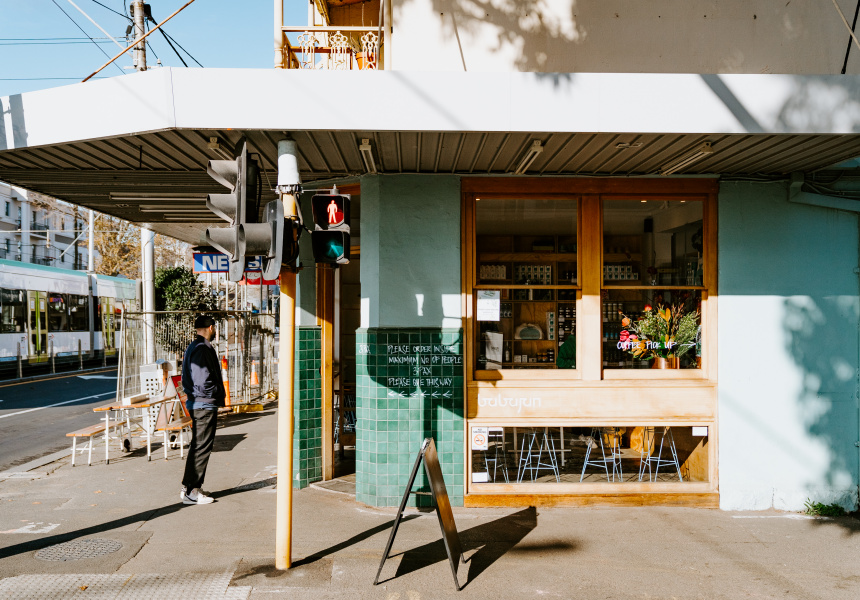 Weeks before dining in was banned in March, Kirsty Chiaplias pre-emptively flipped her rustic Turkish corner cafe Babajan to takeaway-only.

“I didn’t think it was gonna go back to dine-in any time soon,” Chiaplias tells Broadsheet. She was right and after nearly six months she’s decided to ditch dine-in service for good.

Part of the Babajan charm was its tiny dining room, where you’d sit almost shoulder-to-shoulder with brunch-loving strangers. But it’s not a space for the social-distancing era. “Other venues can social distance and still make money – we can’t,” says Chiaplias.

Going all-in on takeaway means that a handful of menu mainstays had to be sacrificed, such as the cheesy aleppo (spicy pickled eggplant) toastie and the crab omelette. “I just can’t put a crab omelette in a box,” Chiaplias says. Unlike their worthy replacements, which are made for grab-and-go.

On the new menu there’s a stellar line-up of Turkish-style sandwiches: crisp fried chicken (marinated in saffron, paprika and yogurt) with apple slaw; pulled lamb shoulder with mint-y pistachio tabouli; and a riff on balik ekmek, a traditional Turkish fish sandwich, that subs in za’atar-spiced calamari.

Also expect a ton more borek, the flaky Turkish pastry generally stuffed with minced meat, or spinach and soft cheese. “Before we’d have one type a day. Now we’re pretty much a borek shop,” Chiaplias says. Options include lamb and potato; pumpkin, ricotta and baharat (a Middle Eastern spice mix); silverbeet and feta; tuna, carrot and the saganaki-like keflagraviera; and more.

Lacking dinner inspo? A new range of family-sized meals – which you can bake (or heat up) at home – include eggplant moussaka, pastitsio (a baked pasta dish), and 12-hour-braised lamb shoulder. For dessert? Syrupy choc-hazelnut baklava, each layer dusted with cocoa powder and ground hazelnuts.

Post-lockdown, while you can expect some outdoor bench seating, and the odd brunch special, Chiaplias says one thing’s for sure: “We’ll never have an à la carte menu again”.

Some menu items are available to order at Babajan’s online shop for pick-up or delivery.