The Carlton North cafe has condensed the best of its counter and brunch menu into a retail shop, stocked with Turkish and Middle Eastern-style baked goods, takeaway meals, and everything you need to make its spicy, cheesy eggplant toasties at home. 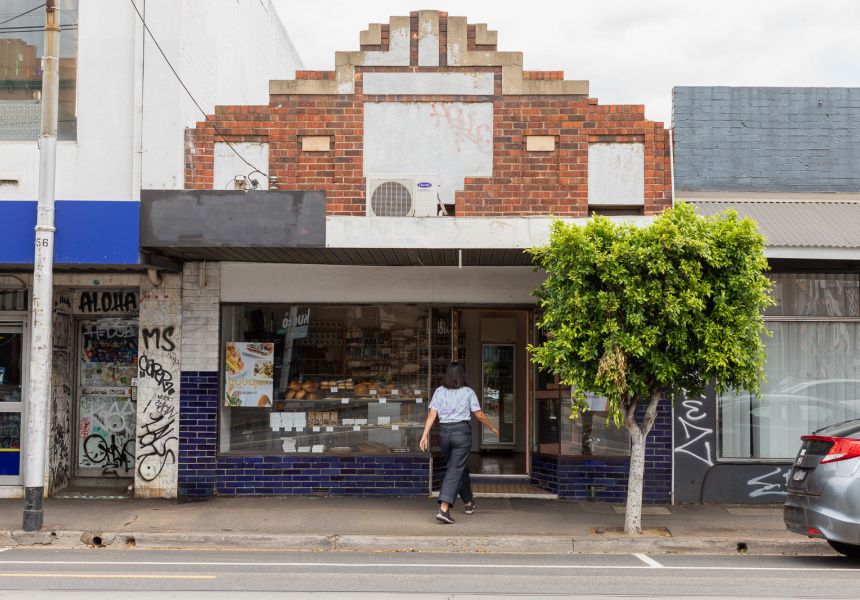 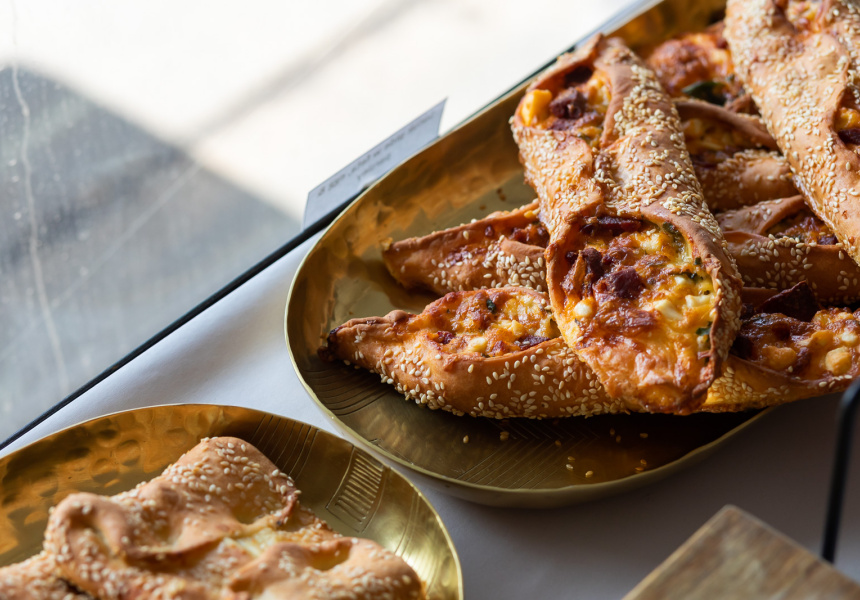 Over the course of a typical morning at Carlton North cafe Babajan, the counter is steadily stacked with oven-fresh baked goods and colourful salads, only to be reliably emptied over lunch.

Such is the popularity of the ready-made fare at the four-year-old Turkish and Middle Eastern cafe, owner-chef Kirsty Chiaplias has now opened a takeaway-only pop-up a suburb over, on Lygon Street, Brunswick East.

“The pop-up is basically all the things we love at Babajan – the retail and counter stuff, and the popular dishes – condensed into a little retail shop all packaged up, ready for people to take home,” says Chiaplias.

It also means spice mixes, dips (such as hummus and baba ganoush), grain-based pilafs, and a rotating selection of salads, all ready to grab’n’go.

“Today I did roasted honey carrots, fenugreek braised greens, and a turmeric and eggplant pilaf with crispy onions,” says Chiaplias. “There’s always a broccoli, kale, avocado and dukkah [salad], and one of our potato salads is really popular.”

Chiaplias opened Babajan in mid-2016 with Turkish-Australian chef Ismail Tosun. He has since departed, but his influence is still felt on the menu.

Aside from its jam-packed counter, the cafe is perhaps best known for its brunches, with dishes such as eggplant Aleppo (spicy pickled eggplant) cheese toasties with fried eggs, fermented chilli and sumac onions; and menemen (Turkish-style baked eggs) with tomato, spinach and pistachio dukkah.

At the pop-up, ambitious home cooks can find everything they need to replicate their favourites without leaving the house.

“We’ve jarred those items up so people can grab a sourdough, grab some of the cheese we use, grab the eggplant Aleppo, grab some Turkish chillies and make [the toastie] at home if they want to,” says Chiaplias.

“Same with the menemen – we’ve got the harissa, the dukkah, the feta cheese – they can make their spicy menemen eggs at home to resemble what they have at Babajan.”

The pop-up also mimics the lean design of the original, with white walls, a little bit of timber and hanging plants, but there’s no kitchen and no seating, aside from a long bench. Nor is there a coffee machine.

There will be Proud Mary batch brew, though, as well as traditional Turkish coffee and Turkish iced tea, plus soft drinks. Chiaplias is also hoping to secure a liquor license, “so people can grab stuff for lunch or stuff for dinner and they can get a bottle of wine or a case of beer,” she says.

“We want to make it a whole package for people.”

The Babajan Pop-Up opened on Thursday January 23, 2020, and is expected to run for at least six weeks.

This article first appeared on Broadsheet on January 29, 2020. Menu items may have changed since publication.