While we’re loving the US hamburger’s migration down under, it’s all Aussie at Jus Burgers, which prides itself on local suppliers and fresh produce. 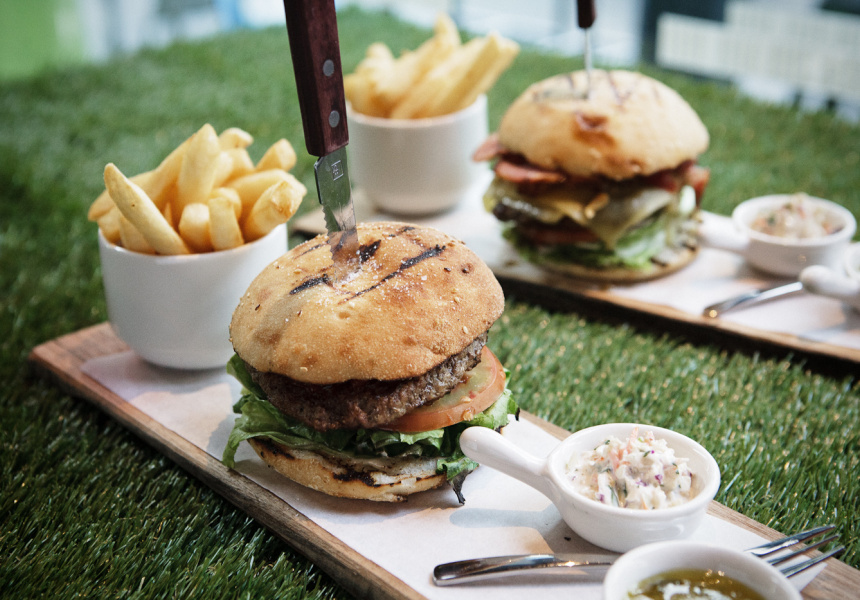 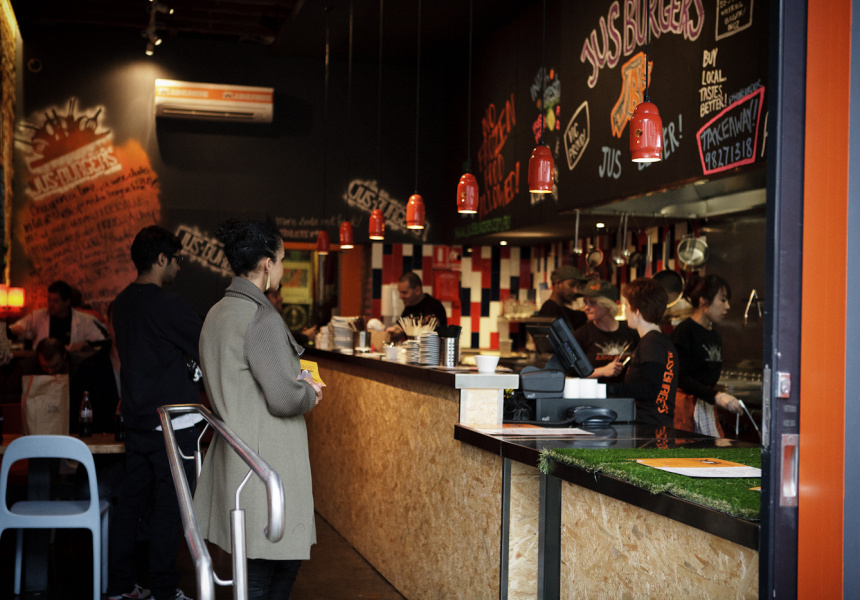 If you are craving a return to the traditional Aussie burger amongst the craze of brioche, pickles, mustard and mayo, then take your tuckerbag and head to the latest burger joint in town, Perth-born Jus Burgers.

Having already established quite a profile out West, Jus has come to town and settled in South Yarra. They’re dishing up traditional, high-stacked, relish, beetroot and lettuce-filled buns. The meat and produce is all Victorian and if that’s not Aussie enough for you, try their kangaroo special.

While co-owner Justin Bell (the Jus in the name) makes no claims to supplying health food, he prides himself on making an honest Aussie burger that is fresh, simple and relies on good working relationships with local farmers.

“All our food is sourced locally, using suppliers that we have formed a mutually rewarding working relationship [with],” says Bell of the meat, which is sourced and butchered by suppliers before being directly delivered to Jus.

But it’s not just about meat. Vegetarians will also be pleased to know that they won’t simply be greeted with a token unidentifiable veggie patty. Jus take their vego burgers pretty seriously. They offer a kind of DIY veggie burger, wherein you pick four items of produce and they’ll create a burger just for you. There’s also a falafel burger and the delicious sounding ‘The Pumpkin’, filled with roasted panko-crumbed pumpkin and goat’s cheese with basil pesto. All the veggie burgers are cooked on a separate, vegetable-dedicated grill, meaning no meat will ever touch them.

“I would be very surprised if there is another Jus Burgers out there,” says Bell. “I would like to think that our product is driven with integrity, lots of research and many ‘cook-offs’ to get to where we are now.”