Attica’s New Dessert, “The Pavington”, Is an Aussie-New Zealand Hybrid That’s Half Lamington, Half Pavlova

The bottom is sponge cake covered in coconut and the top is a classic pavlova. In the middle is a thick layer of Yarra Valley raspberry jam. 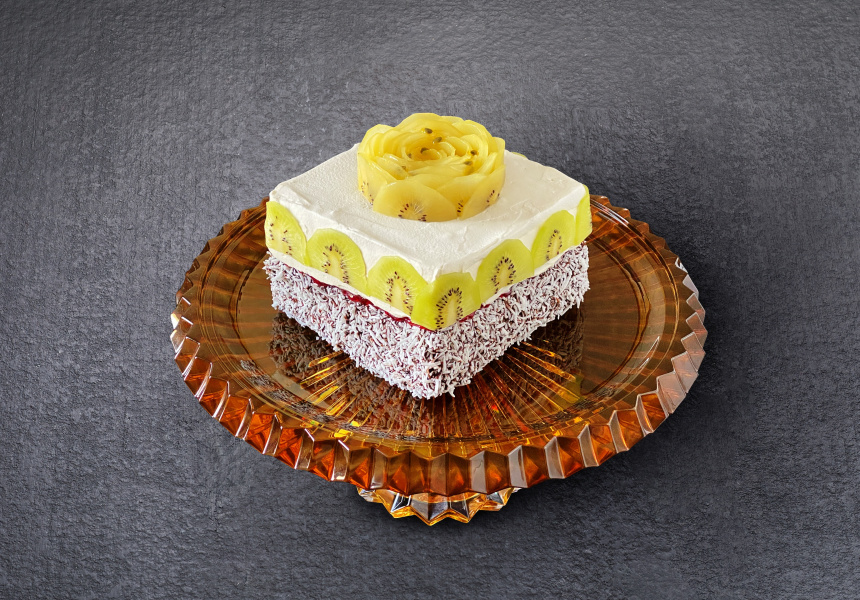 In May, Attica’s Ben Shewry and Lune’s Kate Reid introduced us to Dave – a fruity croissant-pastry pudding brushed with finger-lime jam and topped with creamy custard.

Dave will soon be retiring from the Attica at Home menu, handing over the role of head hybrid dessert to a new Shewry original: The Pavington.

The double-decker cake is lamington on the bottom and pavlova on the top, and big enough for six to eight generous serves.

“It’s a bit of fun, and they’re two delicious, classic, iconic Australian sweets that are better together than separately,” says Shewry. “That’s my opinion.”

Shewry, who is head chef at the Ripponlea restaurant considered to be Australia’s best, says he spent nearly two months figuring out the logistics of the cake, which took more than 30 attempts to nail.

“It’s basically a sponge with chocolate icing and coconut,” he says. “[The] pavlova part and lamington part are sandwiched together with a thick layer of Yarra Valley raspberry jam and the actual pavlova is traditionally iced with whipped cream. Then, sitting on the top of it, is a flower of kiwi fruit glazed with a little bit of passionfruit.”

Each Pavington is made from scratch on the day it’s ordered. The sponge is moist enough to be refrigerated for two or three days and, according to Shewry, tastes even better after some fridge time.

One thing the New Zealand-born chef wouldn’t be drawn on is whether the pav is originally a Kiwi or Aussie creation.

The Pavington is available now from Attica at Home. It costs $65 and serves up to eight people. Delivery to select suburbs is available.