This time, globetrotting chef Charlie Carrington swaps the Thermomix for a mortar and pestle, taking influence from street stalls. 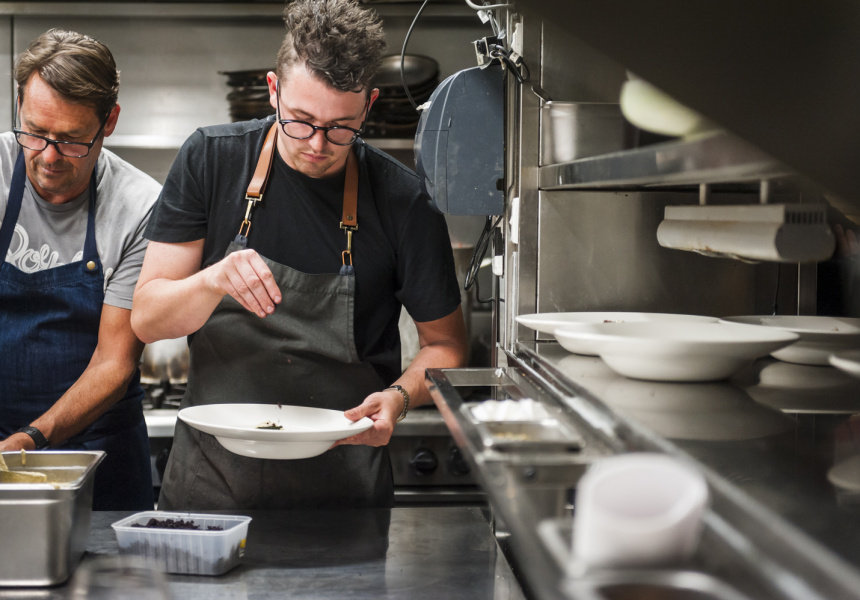 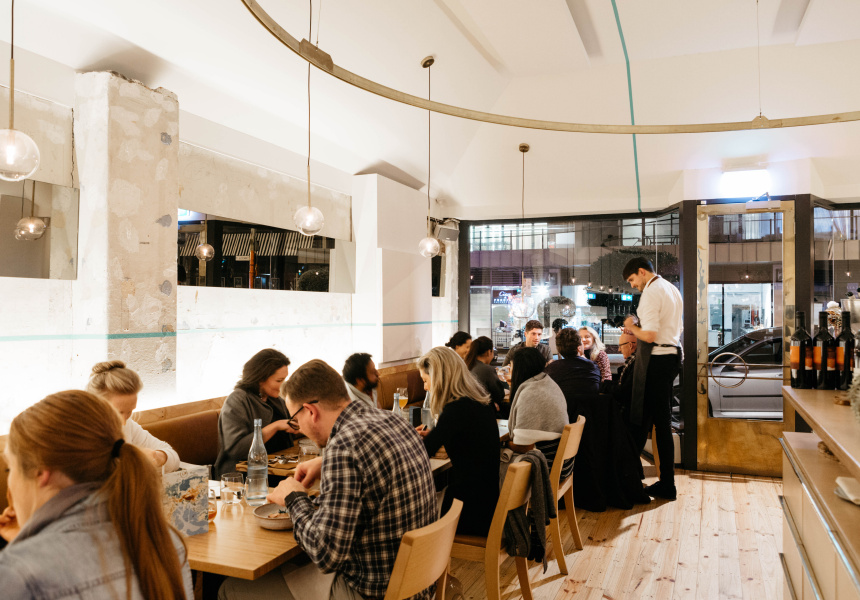 Charlie Carrington returned from his latest international research trip just two weeks ago. At his South Yarra restaurant Atlas Dining, the chef reinterprets a different country’s cuisine every four months. Destinations so far have included Brazil, Israel and Peru. This time he’s taking on the vibrant, punchy flavours of Thailand.

For once, Carrington – who's spent a lot of time in Thailand – is in familiar territory.

“I knew about 80 per cent [of] what I wanted to serve. When I got there it was more just refining,” he says of his most recent trip, the majority of which he spent in Bangkok. He's also spent time in the south and Chiang Mai.

“This time I really went hard on hitting the local street-food vendors and not [going] too crazy on all the high-end places,” says Carrington. “I think that really made it, because some of the best Thai food is just on the street. They're almost like mini restaurants – it’s like this lady is the spring roll person, this person does fried bananas, this person does incredible juices. You can just eat all day, and they’re open until 5am.”

As far as savoury courses go, mastering the art of the perfect curry paste – huge piles of which are seen at roadside stalls all over Thailand – has been a priority.

“The curries we ate were flawless,” Carrington says, adding that grinding curry paste by hand is crucial to bringing out the its flavour. “There are so many little steps to getting a curry right. We’ve swapped out our Thermomixes for mortars and pestles ... When you blend something it emulsifies it, it becomes one … You can taste each individual element of the paste better.

“All the great Thai chefs, they’d turn in their kitchens if you planned on using a blender. The manual labour has gone up for sure, but so has the flavour.”

Carrington’s friend Palisa Anderson – of Sydney's Chat Thai, Boon Cafe and Jarern Thai – uses an electric mortar and pestle as a compromise, but due to the four-month life span of the menu, the Atlas team isn't able to invest in the equipment. About three hours a day goes into hand-grinding the pastes.

The resulting dishes include a red quail curry – fragrant, and boiled not fried, which pushes the spice to the front – and a massaman curry with a grilled pork-neck skewer.

“[The massaman] almost has Middle Eastern flavours. Cinnamon, cloves, a lot of peanuts. It’s my favourite, but it’s probably the hardest to get right,” says Carrington. “A lot of ingredients, a lot of balance. When you start incorporating things like peanuts and other fats beside coconut so that it’s not too fatty, but sweet, salty and sour … it becomes a real challenge.”

As in Thailand, almost every dish is eaten with a spoon and fork, too. “The only dish we serve a knife with is the quail. A lot of people would think you use chopsticks, but that’s really only for Chinese-Thai food.”

Some of Carrington’s experiences in Thailand won’t be reproduced at Atlas, though, despite how fun they were. He and his travel buddy had a particularly long, beer-fuelled wait for a table at Raan Jay Fai, a Michelin-starred street-food restaurant.

“There’s one 70-plus-year-old lady who does the cooking. It’s the most insane food but she does it all herself. So she has a brigade of cooks handing her whatever she needs. It’s really out of this world,” says Carrington. “We put our names down at 2pm, ordered at 7pm and by the time we ate it was 8.30. You want to wait in line with somebody you’re good mates with ... I’m not sure how well that would go in Melbourne.”