Where in the World Is Charlie Carrington? 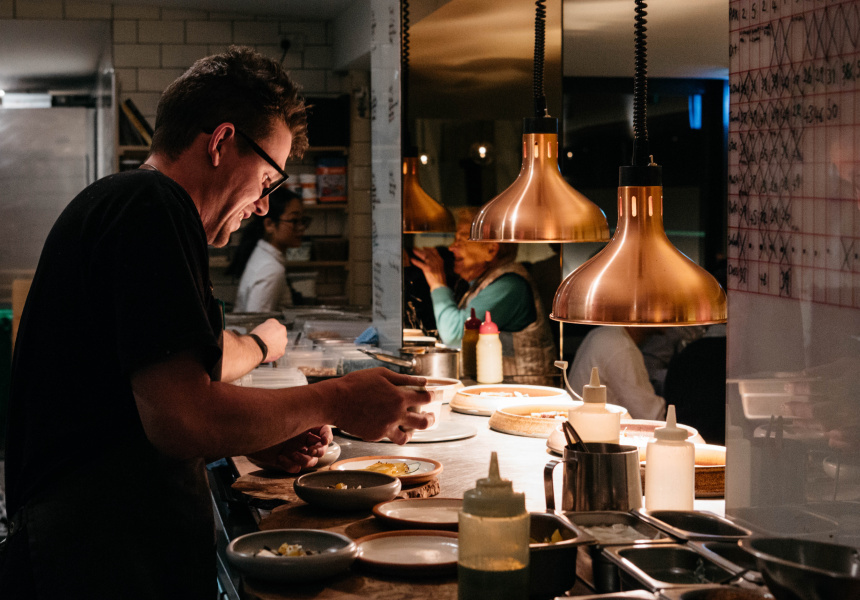 Anyone crushed by team Canarinho’s early exit from the recent FIFA World Cup will soon have something to celebrate. South Yarra’s Atlas Dining, which showcases a different nation’s cuisine every four months, has announced Brazil as the inspiration behind chef-owner Charlie Carrington’s new menu.

So far, the eatery has celebrated Vietnamese, Israeli, Korean, Mexican, Peruvian and French cuisines. A recent research trip to Brazil was Carrington’s second.

“I didn’t really give it a fair go the first time. I didn’t quite understand how big the place is and the diversity of the ingredients,” Carrington tells Broadsheet. “But I really thought the food this time was exceptional.”

Brazil’s cuisine varies greatly across regions, representing the country’s diverse array of immigrant communities. São Paulo, for example, has the largest population of Japanese diaspora in the world.

To narrow things down, Carrington chose to focus on the state of Bahia. Flavours stem from both Portuguese colonists and African slave labourers who were shipped to the country from the 16th century onwards.

“It’s quite spice heavy,” says Carrington of Bahia’s food. “It’s very colourful, very tropical. Things like coconut and a lot of seafood. It’s going to be fun coming into spring and summer with that menu.”

Carrington visited the state’s capital, Salvador, which was the first slave port in the Americas and is considered a centre of Afro-Brazilian culture. He also visited the small island of Morro de São Paulo where he met celebrated Brazilian chef Aldaci Dada dos Santos – popularly known as Dadá – who’s known for championing the cooking of Bahia.

“She’s like the coolest African mother you’ve ever met. Dancing in the kitchen, just hilarious. Full of energy, full of life,” says Carrington. “Even though we didn’t speak the same language, we were just talking through the food.”

“It was one of the most inspiring kitchen moments I’ve had because she was just throwing stuff together like you’ve never seen. Just mixing it, no tasting, just rough, rough, rough. But then the finished product was so well executed.”

A morning cooking with dos Santos provided inspiration for Carrington’s twist on the Bahian dish vatapá – a prawn and capsicum salad with grilled whiting, cashews and peanuts with a thickened custard-like curried sauce.

Other changes include a shift to a set $95 five-course menu, and added experiential elements for diners including a kitchen tour where diners can learn about the cooking techniques and flavours behind each dish.

“We want to focus on the experience and really try to take people to Brazil with us,” says Carrington.