Another Round of Bagels

Sesame seed, poppy seed, rye, onion, cinnamon, blueberry, everything? Melbourne has a new generation of bagel makers you need to get around. 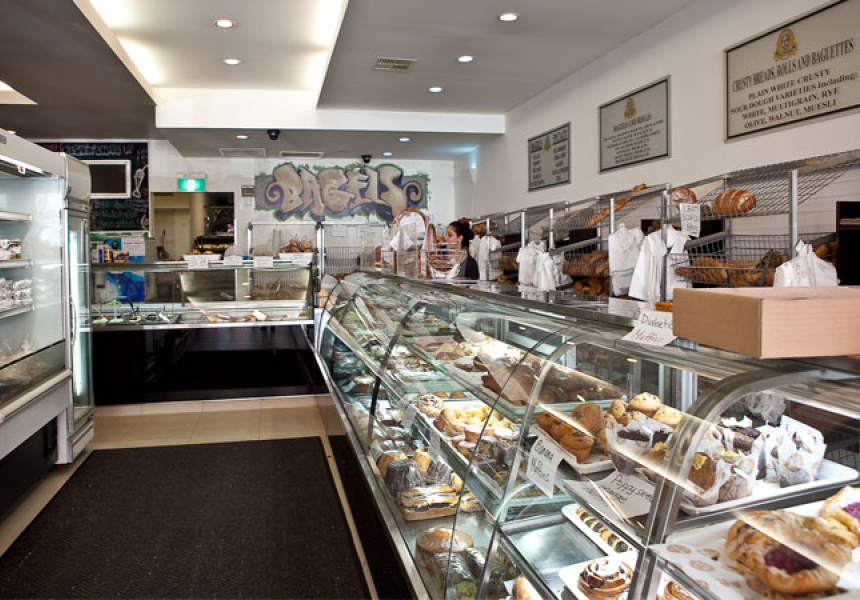 Thanks to Melbourne’s Jewish community, bagels have never been too hard to come by – at least in the south-east. But with the continuing American food boom – including all things New York – the boiled, baked and delectably chewy rings are enjoying something of a renaissance with a new set of nostalgic bakers and cafe owners. Start plotting your bagel map now.

Zev Forman grew up eating bagels on Jersey Shore (yes, that Jersey Shore). When he came to Melbourne, he couldn’t find any that measured up, and 5 & Dime was born. At first, the brand was only available at markets and some cafes. But in November, Forman finally opened a permanent shop in the CBD.

Following two 24-hour fermentations, 5 & Dime bagels are boiled and baked on site. They lean towards traditional, with varieties including plain, onion, rye, poppy seed, sesame, cinnamon and raisin, dill or salt. Then, it’s just a matter of choosing a topping. Forman smokes his own salmon, cures the gravlax in house, and uses Goldfields cultured cream cheese. At the end, you can wash it down with a tasty batch brew by Promised Land.

Open since January, Five Points Cafe is just a couple of blocks from 5 & Dime. Its bagels are supplied by the venerable Glick's and its coffee comes from Redstar Roasters.

So what’s the real difference between the two? In a word: tradition. The bagels at Five Points may come in the usual varieties, but the fillings are thoroughly new school. Alongside classics such as smoked salmon or Reuben, visitors can choose from an excellent rendition of Peking duck, as well as pulled pork, avocado and feta, Nutella, and more.

This latest venue (which only opened on Tuesday) from the Balleau brothers (Chingon, Le Bon Ton) is now bringing 5 & Dime bagels to the residents of Carlton. In an opulent Art Deco setting, the team is emulating the style of the famous Katz’s Deli in New York, where pastrami and corned beef are sliced fresh to order in front of the customers.

“Katz’s is a whole show,” says chef Nick Stanton. He says he’ll be starting with four fillings initially, including smoked salmon, smoked turkey, cream cheese and a rotating sweet selection, such as Nutella cream cheese. “We don’t want to reinvent the wheel, we’re just keeping it traditional and doing it properly,” he says. If you come back here at night, it might feel a little different. The deli closes and turns into the rock‘n’roll bar, Longhorn Saloon. If the success of the Balleaus’ first two venues is anything to go by, both should be winners.

As Shortstop Coffee & Donuts proved last year, Instagram can be one hell of a hype-builder. In a similar case, Mile End has amassed over 1500 followers, and it won't open before July. The owners are currently negotiating a lease somewhere in Fitzroy.

The business was conceived after a trip to Montreal’s top-two bagel shops, St-Viateur and Fairmount. Both are located in the Mile End neighbourhood and exemplify the city’s signature sweet bagels, which are dipped in honey water before being cooked in a wood-fired oven. The result is a shiny, fluffy bagel halfway between a pastry and a bread, not unlike soft pretzels. Mile End plans to offer its house-made rings in plain, sesame seed and poppy seed, and pair them with classic New York fillings. Due to a lack of local expertise, the owners are currently trying to source a custom-made brick oven from Canada, or failing that, a pre-made steel job.

This Brunswick cafe offshoot of Rosso Roasting is about much more than bagels – even though it is a bit of a signature item. It seems there’s no limit to what it does in house – sourdough loaves, cinnamon buns, almond scrolls. And then there’s the full breakfast menu, which the locals have been piling in for since November last year.

But let's talk about the bagels. Like Mile End, they’re Montreal-style and made in-house. You get two small but dense bagels per serve, topped with whatever is on the menu that day – maybe a shmear of cream cheese with chives or mustard and pastrami.

This homage to Manhattan’s Bowery subway station has been pumping out 5 & Dime bagels since mid-2013. They’re generally a stand-alone menu item, but for a bit extra, you can score a bagel with pretzels, a pickle and your choice of side, such as coleslaw, tabouli or mac‘n’cheese. Toppings include smoked salmon, cream cheese or beef brisket. Like many of the places on our list, the coffee’s top class, thanks to Padre. But if you’re already at max caffeination for the day, root beer and other Yankee soft drinks make for a good alternative.


Of course, if you want to see where bagels started, it’s always worth checking out Melbourne’s stalwarts. There’s Glick’s, which has been slinging rings since the late ‘60s. Aviv, which is known for its babka as much as its bagels, or Lichtenstein’s, which has even expanded into supplying gourmet supermarkets. There’s a few more on the list to check out too. 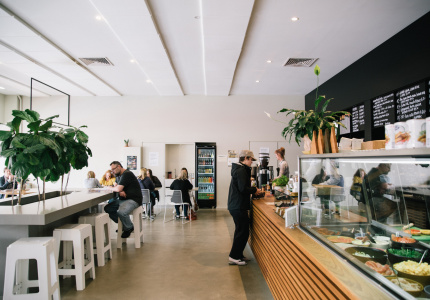 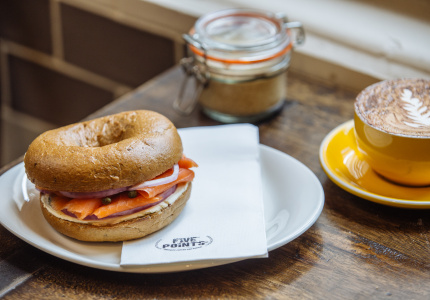 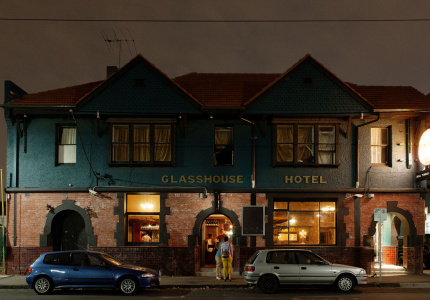