Anada Owners Set to Open in the City

The owners of Añada are set to take over the former site of Barbagallo for a new city restaurant. Añada owners Jesse and Vanessa Gerner are hoping to open the new Lonsdale Street restaurant in September, named The Aylesbury, restaurant and rooftop.

The Aylesbury menu will be built around the ‘locavore’ philosophy, says chef Jesse. It will offer "farm to plate dining with a big emphasis on rare breeds, organic heirloom and heritage produce with a nod to Spain."

"Añada is quite produce-driven in its approach, but I think it just makes sense to reduce food miles where possible, support our local producers, especially the ones doing something special or different,” he continues. “Mainly, food just tastes better the fresher it is and the more naturally it is grown."

Jesse’s commitment to fresh, local produce started young. He grew up with chickens in the backyard and a veggie patch, and later worked at renowned London restaurants River Café and Moro, both of which have garnered a reputation for their dedication to seasonal and local produce.

“The birth of my little boy has really nailed home the importance of a more sustainable way of doing things,” says Jesse. “I've recently just eaten at Thomas Kellar's [restaurant] Ad Hoc in the Napa Valley, California. That was great to see a lot of the same principles I hope to achieve doing so well.”

Zenta Tanaka from Collingwood cafe Cibi is the project’s designer and architect. “He is going to create something really special in the restaurant and rooftop bar,” says Jesse. They are set to take over the premises that previously housed Pietro Barbagallo’s most recent venue, Barbagallo Trattoria e Pizzeria.

The success of Añada and growing interest in ‘locavore’ cuisine bodes well for the Gerners’ new venture. That said, “Opening The Aylesbury won’t be without challenges”, Jesse offers, “like maintaining the integrity of Añada while working on the new restaurant.” 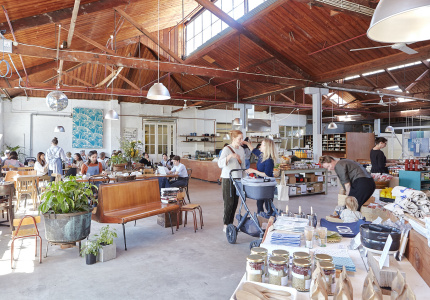 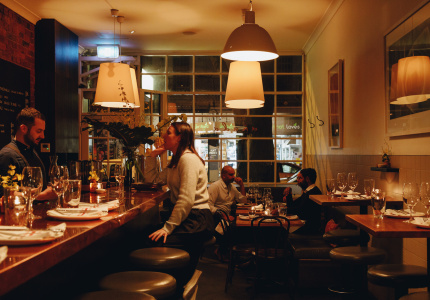