All Men Must Try (Wine)

Game of Rhones returns this winter for its second season. 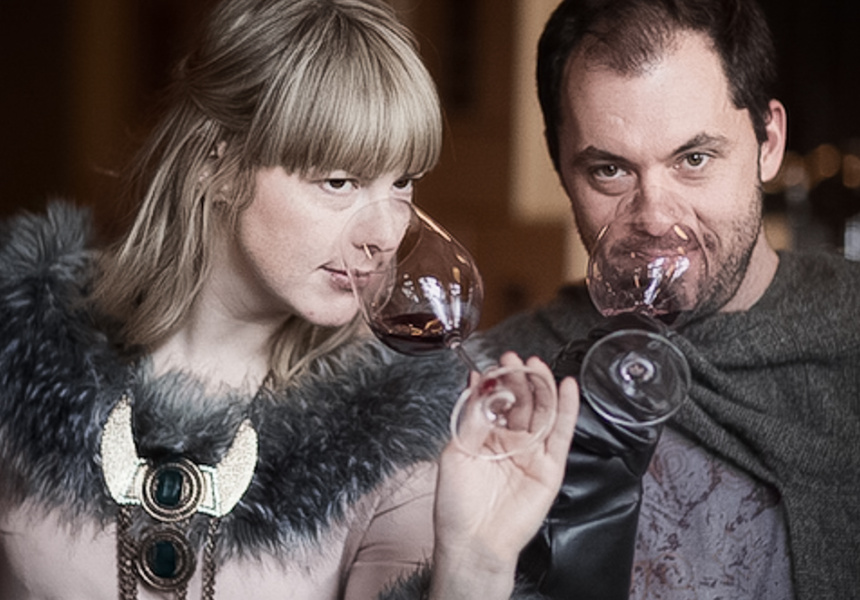 Because spilling claret is so obviously in vogue, it makes sense that last year’s Game of Rhones made such a splash. The 'Rhone' of the title is a wine-producing region in France which grows certain grape varieties – shiraz, grenache, mourvedre, viognier, marsanne – but it’s also a handy homophone for a certain media property.

Now in its second year, and twice as big, Game of Rhones is pitched as a fun and unserious event for the wine-drinking crowd who may be intimidated by the pomp of traditional wine shows. Organiser Dan Sims began the event as a bit of a laugh which snowballed into a successful, themed wine tasting. “Wine can be so boring. Come to Game of Rhones and have some fun. It's possible to go to a wine event, learn something and enjoy yourself. People want to know about wine, but they don't want to go to a boring-arse masterclass or another bloody wine dinner.”

Sims is passionate about this but has a no-nonsense approach. He is interested in wine being about a conversation and a shared story, rather than a technical lecture. “Wine people have a language and assumed knowledge that is often meaningless to the general wine drinker. Wine people get caught up in the process.” Sims has a hardline approach with his tastings, giving yellow cards to winemakers who use overly technical terms.

The lesser-known grape varieties on show offer something outside the usual suspects. “In Melbourne we have every single culinary style possible; that's grown and matured and developed over a number of years, and therefore so have our palates,” he says. “Our palates are looking for something a little more savoury, rather than sweet. If people can recognise a style they like, then they're three quarters of the way there.”

The show features a popular vote via conveniently located iPads, There is an app for rating the various wines, to remove the inconvenience of paper notes. “Wine’s actually a lot easier than people think,” says Dan, “its just that all these wine tossers have made it complicated to justify their own existence.”