All Fired Up: Korean Goes Next Level

As far as food trends go, Korean has teetered on the edge of going Mexican on us for a few years now. With Chris Lucas’ Kong opening soon, we take a look at who is pushing the boundaries of modern K-eats in Melbourne, alongside the traditionalists who have been doing it (and killing it) all along. 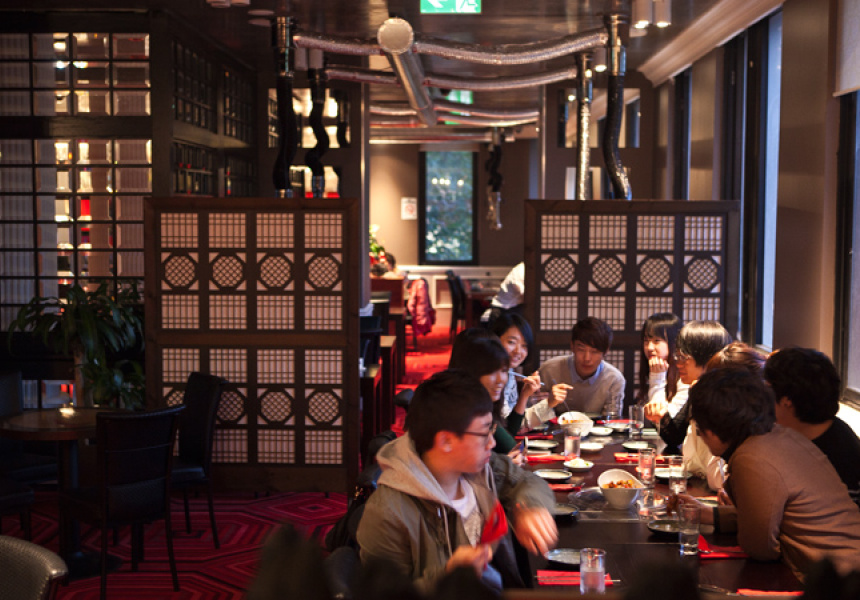 For an ancient cuisine full of fascinating flavour, it’s a surprise that Korean is only now gaining the acclaim it deserves. On his TV show Parts Unknown, US food writer and former chef Anthony Bourdain mused that, “Koreans seem to have been the most unwilling to accommodate Western tastes” and that, “of all the immigrant cuisines, [Korean] has probably been messed-with the least,” which could go some way explaining why it has taken the West so long to come around to loving this compelling cuisine.

Locally, the healthy influx of entrepreneurial expat Koreans over the past few years has acted as something of a gateway for the K-curious – helping us get our heads around these insistent flavours, which can be found at places such as Smith Street’s Bistro K, Bornga in the CBD, Seoul Soul in Abbotsford and St ALi, where the country’s signature dish, kimchi, makes an appearance in scrambled eggs.

When Chin Chin’s Chris Lucas and Benjamin Cooper launch Kong in Richmond, we’re predicting that Korean food will work its way even further into our consciousness. “It’s been a much ignored cuisine in Australia, due in part to the small Korean population here,” says Lucas. “We’re hoping that with Kong, [the public] will start to look at Korean food in a completely different way.” Lucas has long had a soft spot for good Korean barbeque. In his former career as a finance expert, he spent several years living in Tokyo during the early 1990s, and it was there he was introduced to the smoky charms of the authentic Korean grill. “I really love Korean barbeque, I reckon it’s a great way to cook,” he says, adding that “there’s a lot of skill that goes into getting it right, so the product comes out the way that it’s supposed to. This is especially so with the meats, which need a lot of time. It’s very traditional and quite labour-intensive.” Lucas is serious about getting the concept right at Kong, so in the lead-up to opening, the restaurant’s resident ‘pit master’, chef Daniel Briggs, has been spending time in Korea and Japan in order to understand the nuances of these countries’ traditional barbequing processes.

Flip across to Melbourne’s more established Korean operators, and the focus is more tightly fixed on authenticity and a quiet sense of pride. Known as much for its disco-like interiors and superbly coiffed young staff as for its exemplary bibimbap, Bornga (formerly known as Myeong-ga Madang) is one of the city’s most popular real-deal Korean eateries. Diminutive owner Gi Bong Choi first arrived in Melbourne in 1989, a time during which she says Korean cuisine was wholly foreign to locals here. In the early days of her first restaurant, Hodori in Clayton, she says the clientele consisted almost exclusively of expat Koreans and “many Korean students”. Later, she noticed a wave of Chinese expats beginning to trickle through, but it wasn’t until the late ’90s that non-Asian crowds became regular.

Now, she says non-Koreans make up a much larger chunk of her clientele. Speaking through her son Dee, who translates our conversation, Choi tells us the dishes Australian customers like most “are bibimbap, bulgogi and the barbeque”, and at Bornga, as with the numerous other Korean restaurants she’s run over the years, Choi preserves the authenticity of her native cuisine. This means maintaining its inherent assertiveness and not compromising on the spice and punch. “I try to keep it traditional but I see [other Korean restaurants in Melbourne] matching to Chinese or Western tastes”, which she explains means more sweetness and less spice.

Relying heavily on pickling and fermentation, lots of kochujan (Korean chilli paste), ginger and mountains of garlic, legit Korean is not tame. It’s a bold, colourful mashup that’s full of surprises. The very best of it sings with an addictive combination of tang, fire, crunch and pungency. Something that can’t be dumbed-down is kimchi, and for Choi, a meal without kimchi would be like a meal without rice. “If I don’t have kimchi with my meal I feel … uncomfortable inside”, she says, rubbing her belly by way of expressing the profound cultural importance of the fiery, fermented accompaniment. When quizzed on the secrets to the best kimchi, Choi says, “It’s all about the ingredients and the ratios”, which, she adds, is something that takes practise. “The other important aspect is the salting stage. Too much salt means too soft” – suitable crunch being just as crucial an elemen to good kimchi as the spice and tang.

Back in Richmond, in the lead-up to Kong’s opening, chef Benjamin Cooper has been experimenting with a range of kimchi variations and is keen to make use of seasonal ingredients, such as Brussels sprouts, to mix things up. “It should be authentic, but there’s no reason why you can’t be creative within those traditional techniques,” says Cooper. Describing Kong’s appeal as “hardcore barbeque with lots of fun ways to eat it – mostly with your hands,” Lucas is positive about the concept’s crossover potential and the Melbourne dining public’s readiness for Korean flavours. “We’re going to have a bit of fun with this place,” he says.

Melburnians’ appetites for cheap ethnic eats that bypass the ho-hum has steadily grown, and first-timers and puritans alike have never had a better spread of Korean options. Thanks to the cheap, accessible frat-house fun of favourites such as Gami, the culture of rowdy Friday night fried chicken and beers now wields broad appeal, while traditional heroes such as Bornga, Hwaro and Hallah continue to fly the flag for the classic smoky barbeque experience. This is going to be the year for Korean in Melbourne. Bring it on. 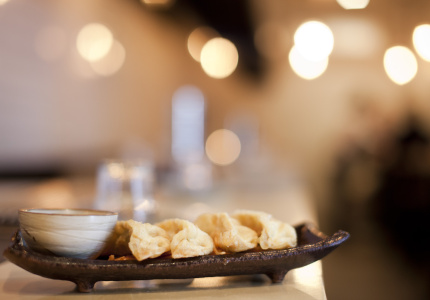 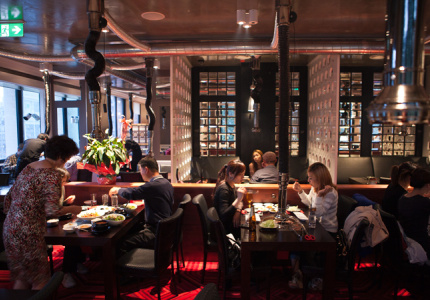 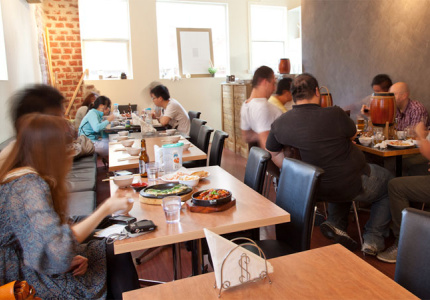