A petite restaurant showing off grilled meats and vegetables, with an Australian and European wine list to match. 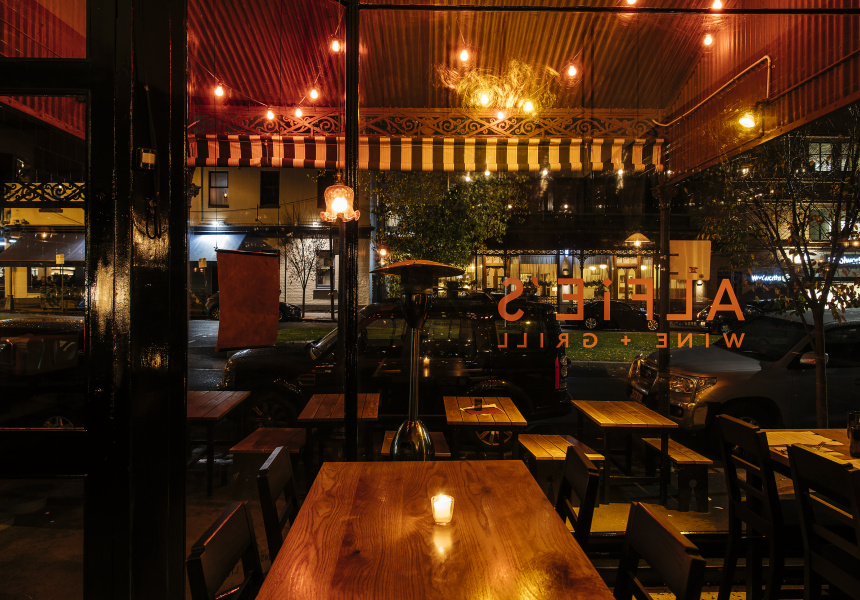 The owners of Alfie’s Wine and Grill were given the keys to what was The Town Mouse on Saturday April 16 and opened 11 days later. It could be one of the quickest venue turnovers in history.

“It’s such a beautiful space we didn’t need to revamp it, we’ve just livened it with some new lighting,” says owner Alf France says. France and longtime colleague Jeff Green, who is also the head chef, run the restaurant. France also owns Beau Kitchen and Cellar in Beaumaris, where Green is also chef.

“This section of Carlton is obviously a hub for food and beverage – Italian more specifically. So we’re trying to distinguish ourselves through a grill-based menu, with dishes prepared with our Japanese-style Hibachi grill,” France says. “Many of our dishes are cooked in a sous vide and then grilled.” A grilled quail dish is one, served with smoked eggplant puree, capers and shallots.

Where there’s a grill, there’s steak, and Alfie’s offers a hanger and an eye fillet, as well as a veal T-bone with salt-baked celeriac, jus and crème fraîche. Vegetables also star in the form of grilled cauliflower (topped with Milawa blue-cheese cream and a parsley crumb), or grilled king oyster mushrooms (with poached egg, grana padano and bread sauce).

Carlton confidently has pasta covered, so diners won’t find any on the menu here. There is a grilled butternut pumpkin, goat’s curd and chamomile oil risotto, but it’s made with black barley as opposed to the traditional Arborio rice.

If the tastebuds call for dessert, know that the house favourite is the baked cheesecake with rhubarb jelly, rhubarb sorbet and white-chocolate crumble.

Cam Moore, the sommelier at Beau, has curated the 80-odd wine list that is predominantly Victorian but also leans on bottles from France and Italy.

It’s a handy spot to eat prior to a session at nearby Cinema Nova, or for a post-film debrief with a drop from Italy and snacks such as Tuscan olives or anchovies on toast.

“We want people to know that they can come in to Alfie’s for a full meal, or just a glass of wine.” France says. “If you want something small, the croquettes go notably well with wine.”

Menu items may have changed since publication. 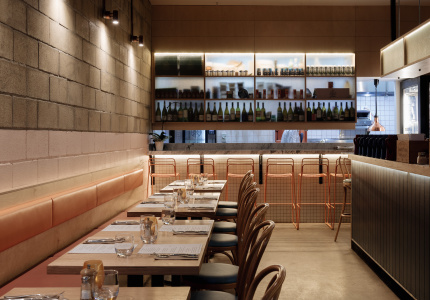