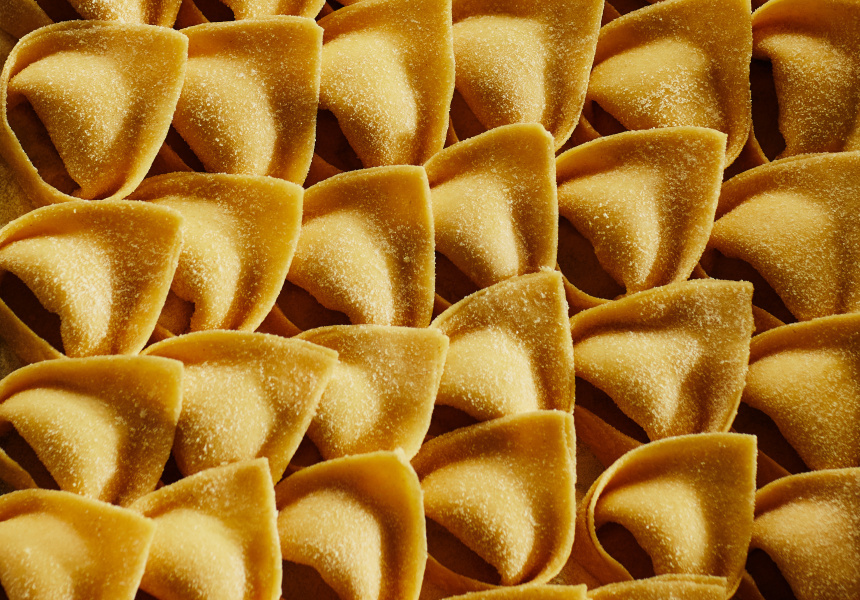 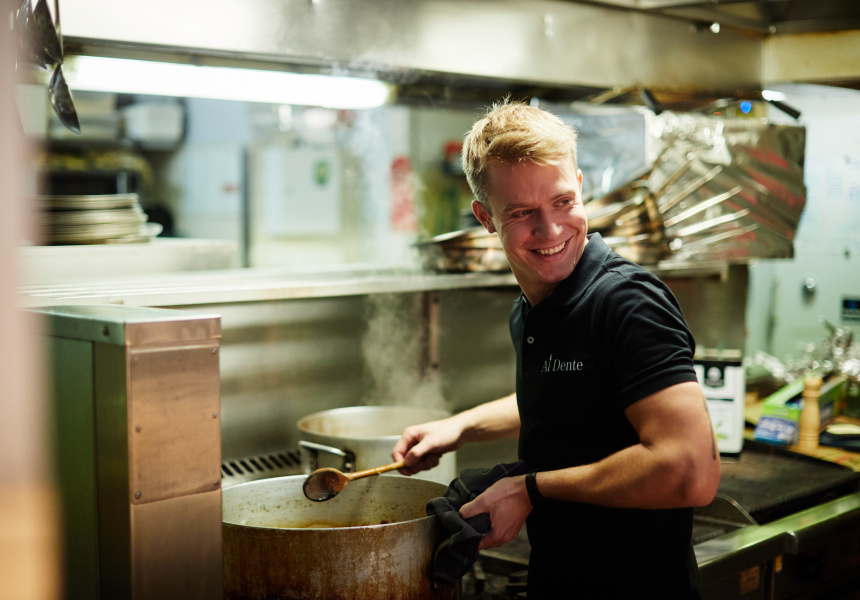 Italian chef Andrea Vignali’s story mirrors that of many in Melbourne’s hospitality industry right now: a turbulent mix of highs and lows, silver linings and quick pivots amid an ever-changing lockdown landscape.

In May, after Vignali was stood down from his role as sous chef at Italian dining institution Grossi Florentino, he found he was ineligible for government welfare payments due to his status as an international visa holder.

So he launched pasta-delivery service Al Dente to help keep him financially afloat.

The young chef quickly gained a following for his tortellini with creamy cacio e pepe filling. In his first week, he took around $400 worth of orders. That figure leapt to $10,000 by week four.

But just as he was hitting his stride, Vignali was called back into the Grossi kitchen. Restrictions were easing. People were venturing to restaurants with cautious optimism. For Vignali it was bittersweet, but he was glad to be working with the Grossi team again.

Now, as lockdown continues, Al Dente has been resurrected.

“I’m really happy to be back. I was worried I was going to get bored – after all the stress of last time, because I was doing so much – if things got quiet,” Vignali says. “But we have been so busy already. This makes me so happy, because I know I worked for something.”

New to the menu is a pork-sausage ragu (big on thyme and rosemary); a cremoso (a spherical dessert of silky lemon mousse with a lemon-curd centre, encased in a thin layer of white chocolate); and Italian wines.

“It’s been harder than before in many ways, because the menu has a lot more items, there’s fresh cannoli, we’re working out delivery – it’s a lot,” says Vignali. “And because I am a visa holder, I can’t run my own business. So my best friend – who is Australian and has an ABN – he’s running it. I’m managing without taking a profit at the moment. I have enough money to survive, but mostly I just want my business to keep running.”

Al Dente has also just hired its first employee. “He’s on a student visa and doesn’t have any support. He was running out of money and was close to going home. Now he’ll be our delivery guy,” says Vignali.

The Coopers Inn, which has provided cooking space for Al Dente, has also hired an international worker to help manage collections.

“What we want to do is not really make money. We more want to serve food that makes us happy,” Vignali says. “And support visa workers – so many don’t have any support at all. If every business employs just one person on a visa, maybe we can make a difference in the world.”

Al Dente’s menu is emailed to subscribers every Monday (sign up here). Orders placed here by 5pm Wednesday can be picked up at The Coopers Inn (corner Exhibition and Little Lonsdale Streets, Melbourne) on Thursdays and Fridays. Delivery is now available to most inner-Melbourne suburbs.

This article first appeared on Broadsheet on July 20, 2020. Menu items may have changed since publication.