Tequila gets a bad rap, but its classier cousin is changing attitudes towards Mexican spirits. 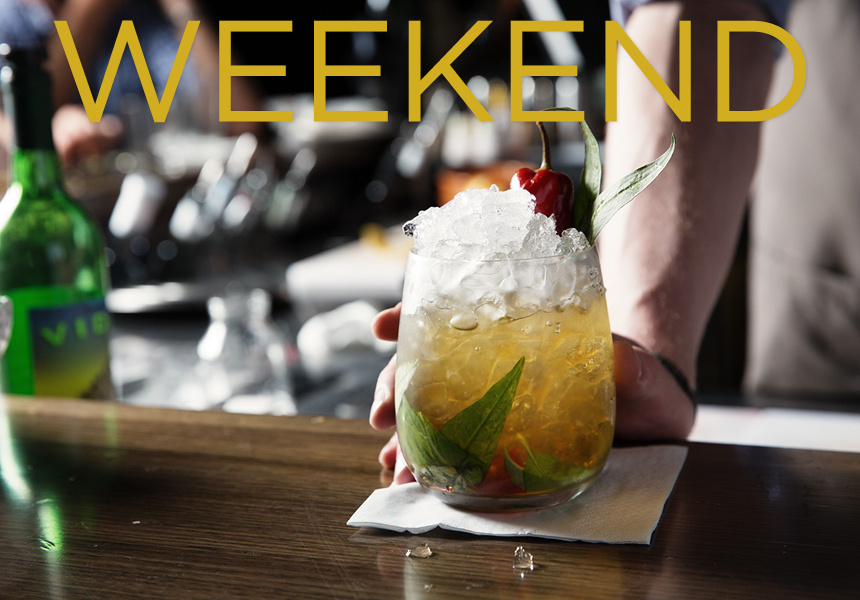 Negroni with mezcal at Nieuw Amsterdam

When Mexican cuisine pulled into town several years back, it brought a lot of things with it – white-corn tortillas, new types of chillies and so on. But mezcal, Mexico’s answer to single-malt whisky, has been much slower to catch on – perhaps because so many people have had a bad time with tequila, its scrappier cousin.

Typically, Melbourne’s bartenders are changing that. Carlton’s Popol Nah serves mezcal with candied habanero, White Oaks Saloon mixes it with beer, while Mamasita and Los Hermanos offer the smoky spirit in tasting flights. Even Go Go Bar has added it to the menu, despite the Thai leanings of Chin Chin, the restaurant it’s attached to.

“I love mixing with it, and I know other bartenders do, too” says Nieuw Amsterdam’s Sean McGuire. “The flavours are really unique and interesting.” He created three very different cocktails to highlight them.

There's the Jose Collins (mezcal, gin, lime, agave syrup, soda, celery), a Negroni (mezcal, vermouth, campari, celery) and the piece de resistance, the Pho King Julep (mezcal, habanero and grapefruit marmalade, Vietnamese mint, rice-wine vinegar). “Mezcal is really versatile,” he says. “You do get smoke in it, but there can also be citrusy and fruity flavours such as grapefuit.”

As Islay whisky gets its smokiness from burning peat, mezcal gets its from wood, a similarity not lost on spirit hounds. “Islay single-malt whisky is our most popular category,” says Ben Duval, the manager at Carwyn Cellars in Thornbury. “At the moment, mezcal is a close second.” He likes to drink it in combination with a plain, palate-cleansing lager, a trick he picked up in Mexico earlier this year.

Mezcal is made by harvesting one of 50 species of agave, which is then wood-roasted, crushed and distilled in small batches, taking up to 30 days to produce. This isn’t a drink to have a nasty experience with.

In contrast, tequila is made only with a single species of agave: blue. While the spirit’s history goes back much further, the majority of tequila is now produced using accelerated industrial methods developed in the 1950s, and often, the cheap stuff is cut with poor-quality grain spirits.

Most mezcal fiends value this clean taste above all, rejecting those versions aged in oak barrels. “With whisky, 70–80 per cent of the flavour comes from the oak,” McGuire says. “With mezcal, you start off with something quite flavourful. A lot of purists don’t like to tamper with that.”

There are a few ways to select a good mezcal off the shelf. First, look for those which are 100 per cent agave (ie. not “mixto”) and 40 per cent ABV or higher. Make sure details such as batch number, distiller name, agave variety and state or region are clearly spelled out, indicating a trusted small producer.

Finally, good mezcals are often noted to be “single village”, a term roughly akin to single malt, meaning the spirit hasn’t been blended with that from other regions. Enjoy neat in a wide-mouthed glass, or mixed in any of the cocktails above. Either way, the sweet, earthy aromas won’t fail to please.