The owner and chef of South Melbourne’s Lûmé is not only brave when it come to pushing boundaries in his cooking, he’s pretty upfront about what makes him tick, too. 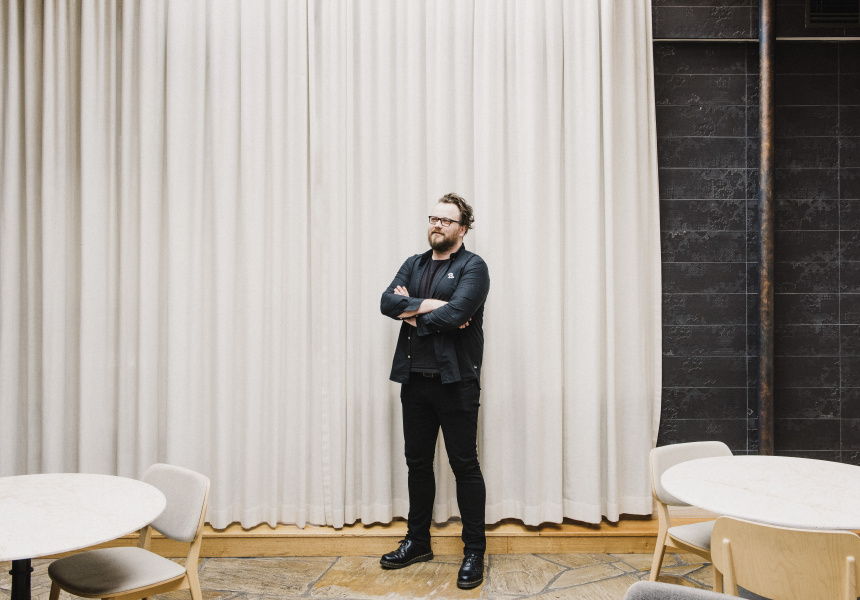 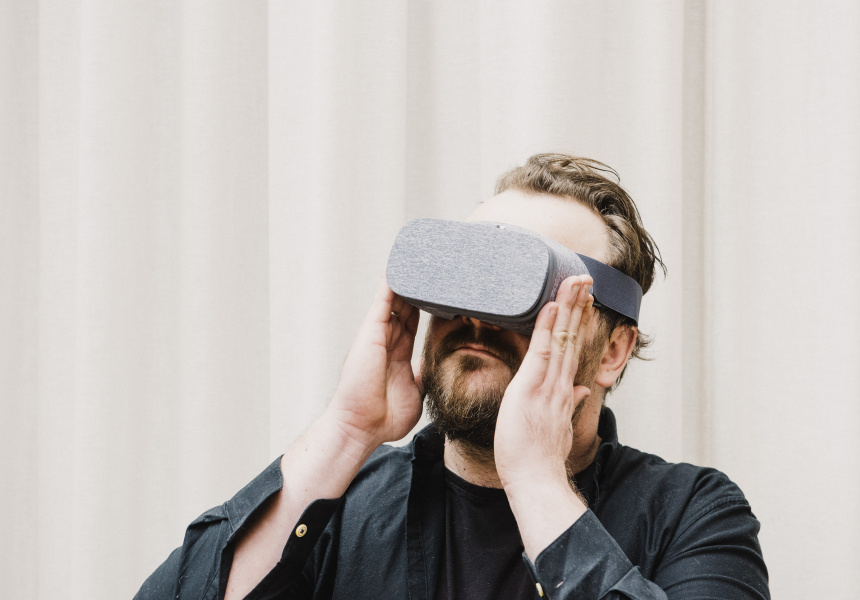 Shaun Quade, owner and chef of Lûmé in South Melbourne, worked as a pastry chef before opening his ambitious Coventry Street restaurant. There’s a clear translation of the rigour learned in that discipline to his fine diner, which is a place of precision and meticulousness juxtaposed with pliable boundaries. There’s also a generous whack of humour in his imaginative, drama-filled dishes. Quade is intense and life hasn’t always been easy for him, but this chef is fun, clever and very honest.

Quade didn’t set out to be a pastry chef, or a restaurateur, but he was laying foundations for his scrupulous trade since high school. The Queensland boy, originally from Toowoomba, began his hospitality career in a house of structure and systems: McDonald’s.

“It’s the best training there is for a kid. I was 14,” he says. “If you can manage to get a bunch of teenagers to all do what they have to do, time and time again, that’s amazing.”

He learned priceless lessons there, not least the mantra: clean as you go.

“It’s the first thing they teach you, and it sticks. I’ve had Michelin chefs in here who are pigs,” he laughs, pointing at the restaurant kitchen. “It’s so important to be tidy.”

“I’d do the close shift, finish at midnight and be back up for school the next day,” he adds. “That was good training for the sleep deprivation in hospitality.”

Quade worked for McDonald’s for three and a half years. He finished high school, and became a drummer in a band for a year and a half.

“I was still living at home but made enough money to buy new drum heads,” he says, smiling. “I had different priorities then.” But music remains an essential part of his life, and Lûmé’s culture.

“The playlist for Lûmé is about 15 hours long,” he says. He handpicks every song himself. “There’s a lot of Nick Cave, Sigur Rós – people can relate to it.

“Anything that people can relate to in a setting like this – especially when we’re messing with their head a little bit with food and wine – is really important.”

Lûmé’s high-concept, highly technical food often sets out to surprise and deceive, with dishes such as air-dried emu that looks like burnt eucalyptus; duck liver that looks like quince (and vice versa); and huge cocoa pods that burst open to reveal petit fours.

It’s a long way from his days as an apprentice in a fish and chip shop.

“It was a ‘gourmet’ fish and chip shop,” he laughs. “We’d make our own spring rolls and beer batter from scratch, it was fancy for Toowoomba.”

He stayed for just over a year there and honed new hospitality skills – better time-management, and composure – before moving to the kitchen at the now-closed Burke & Wills Hotel.

“By this stage, I’m 22 and I’m running a kitchen with two weddings every weekend,” he says.

He was evolving and learning, but he was also angry. He had been for years, and didn’t know why. Today, the 34-year-old chef is refreshingly frank about his mental health, and how he manages it.

“I have bipolar disorder and schizophrenia,” he says. He takes medication for it now, but as a teenager his conditions were undiagnosed, and remained so for more than a decade.

By the time doctors confirmed Quade’s illness, he had already worked in Sydney with Peter Gilmore at Quay, where he found himself hanging around the pastry section. He then joined Dan Hunter at the Royal Mail in Dunkeld before returning to Melbourne to take a job at St Ali North (now Park Street Dining), where he realised he was becoming increasingly manic, more insular and “out of control”.

“I was making all the cakes and breads for both shops from 6pm to 6am by myself. That was definitely a catalyst to my realising my behaviour wasn’t right. I was in my late 20s, I had worked in great restaurants, understood the long hours but I needed to fix my mental health and learn how to make it work.

“I struggled with myself for a long time … It’s made some parts of my career really hard but I also believe it’s why I’m sitting here today in my own restaurant.”

He channelled that energy and intensity into his work and the building of his audacious fine diner. He admits he can be “super obsessive compulsive” and has “a really bad temper”, but at Lûmé, he’s transparent and frank about his health with his staff.

“It doesn’t make sense that we don’t talk about it,” he says. “The stigma attached to it is stupid, and I think we should change it.”

“There are some days I don't come in to work,” he says. “The guys know that if I came in, I’d just be an arsehole.”

He walks into the Lûmé kitchen: tasting food, talking to his staff, making people laugh.

“I’ve been told by psychiatrists that I shouldn’t be a chef. They tell me the stress is too much and I’ve just thought ‘fuck off, you don’t know me, this is what I want to do."

"I now know how to handle myself."