Attica’s sous chef is quietly forging his own identity, and is on his way to creating one of the best dining experiences in the city. 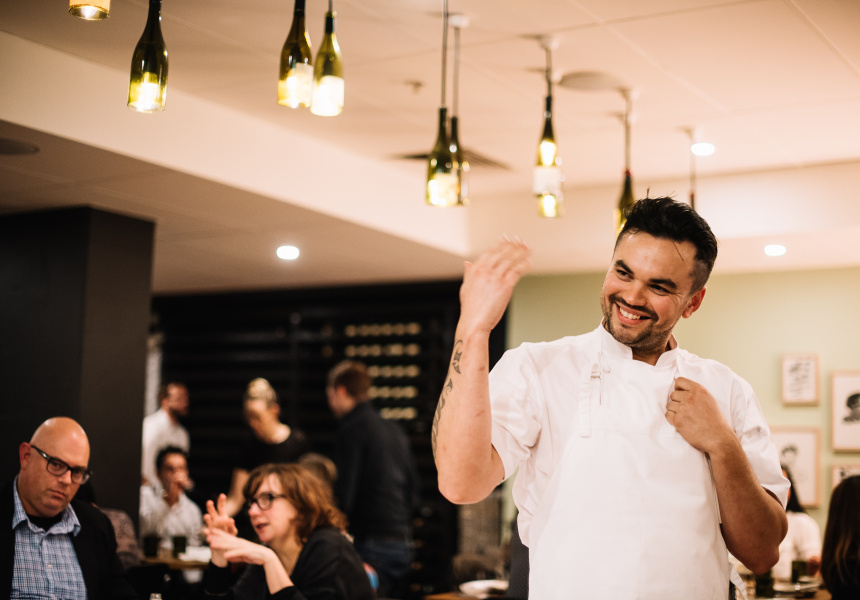 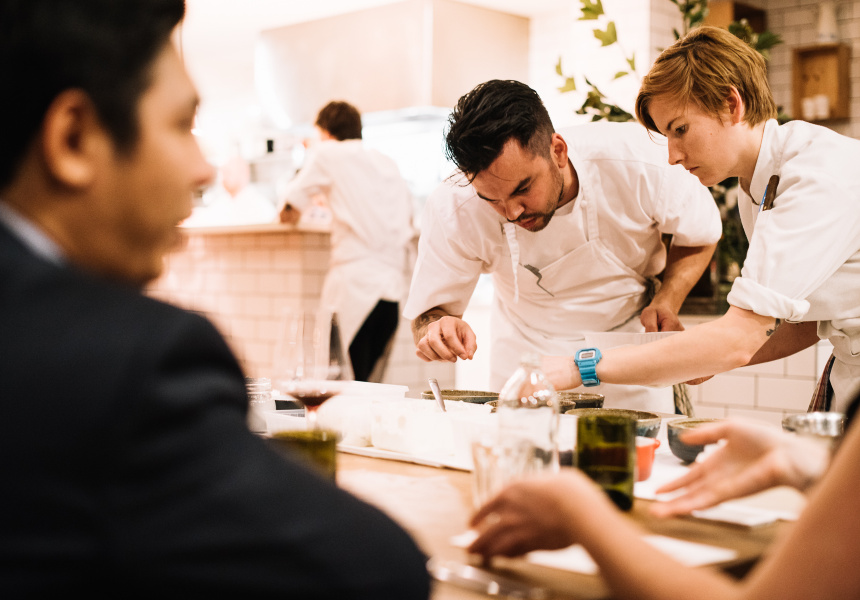 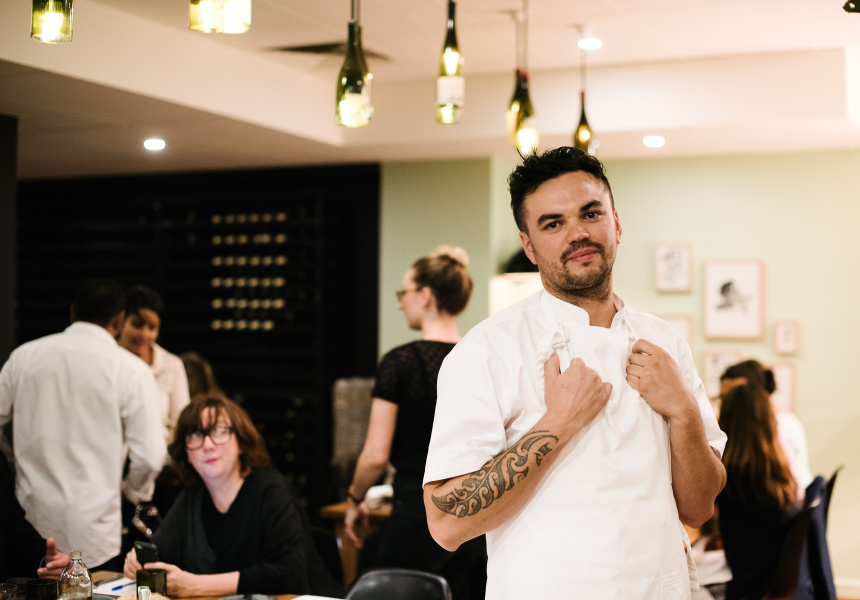 What’s the collective noun for chefs? A murder? A gang? By the serious and coordinated rigour of the chefs I see as I arrive to the Ides dinner at Persillade, East Melbourne, I’m thinking a battalion would be most appropriate.

I’m lucky enough to be given a seat at the Chef’s Table, an intimate vantage point from which to observe the discipline, furrowed brow and understated instruction of head chef and Ides founder, Peter Gunn.

Ides is a once-a-month event. Gunn has a full-time job as Ben Shewry’s sous chef at the multi award-winning Attica. Although he helps lead one of the best kitchens in the world, on the side he’s quietly developing his own brand. The plan is that in the future, it will be a bricks-and-mortar establishment of his own.

After service, we take a seat at the back of the dining room and debrief.

“I think it was a good night,” he says. I ask about keeping a cool head in the midst of a pressured service, especially with an open kitchen. “I think I’m pretty calm, the guys have been around me long enough to know what I expect. I have Mal on the pass and Zack doing the cooking, if anything goes wrong I take it out on them.”

Those two are Malcolm Meiers and Zackary Furst, Gunn’s right-hand-men at Ides and part of the culture he’s nurturing here. The Ides ethos is playful and determined, spontaneous and creative – like Gunn himself. His staff help translate his vision to the plate with a menu that is usually decided on the day of service.

As we chat, Gunn is frank, forward and funny. He tells me about when he first started Ides two years ago in a small cafe in Kensington. “I wrote to everyone, all the food media, and no one gave a shit, no one contacted us,” he says. “So I was like, ‘fuck you’, and just got on with it.”

To spread the word, he initially designed “shitty little flyers,” about Ides, going to Coles in Ascot Vale and slipping them into copies of Gourmet Traveller magazine. “I’m a little more savvy about how to market myself nowadays,” he laughs.

Two months ago, Gunn won the San Pellegrino Award for Best Young Chef in the Asia Pacific. Then the phone started ringing. “No one cares if you don’t have a profile, so these competitions are marketing decisions. They help,” he says. “When we started at Ides we cooked for 20, then 22, then 26 – and tonight, it’s 64.”

Rewind to the beginning of Gunn’s cooking career in his hometown of Wellington, New Zealand. It was a humble start but the determination was still evident.

“I dropped out of school, smoked weed, did all that shit kids do,” he says. He acknowledges his community was quite closed. “Those kind of communities, when you’re in them, it’s hard to get out. But once I started working and could make money, I saw that I had to get better at my job to get me out of it and do something else.”

So when it came to cooking, Gunn says, he just started. At 17, he began working in a fried-chicken shop. The owner also owned a strip club, and told Gunn that when he turned 18 he’d let him work there. “I didn’t make it to the strip club,” he laughs. “I got a job across the road in a nightclub that served tapas dishes, and that place inspired me to want to keep cooking.”

Gunn says Shewry has a strong influence on his style, but opening Ides isn’t about being Ben Shewry’s protégé. Gunn wants to put his own stamp on it. He’s looking to open in the western suburbs only three days a week so he can have “four days of life” with his fiancé and young family, while remaining consistently present at Ides. Even for just a three-day-a-week operation, he plans big. “I don’t want to be a wanker, but the goal [for Ides] is to be up the top,” he says. “One of the best in the city.”

Gunn’s committed to Attica for another two years and then will look at setting up Ides. He has a plan and he’s sticking to it. “I want Ides to become its own thing,” he says, “and I’m going to get it there.”

Ides takes place once a month at Persillade at 150 Wellington Parade, East Melbourne. Dinner is six courses at $110. Ides is now fully booked for 2015, although it is possible to join a waitlist. 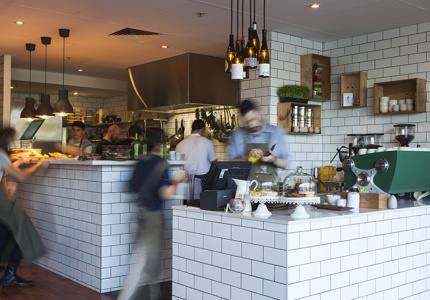