The 23-year-old chef and owner of Atlas Dining on TV chefs, changing the menu every four months and making time for a morning run. 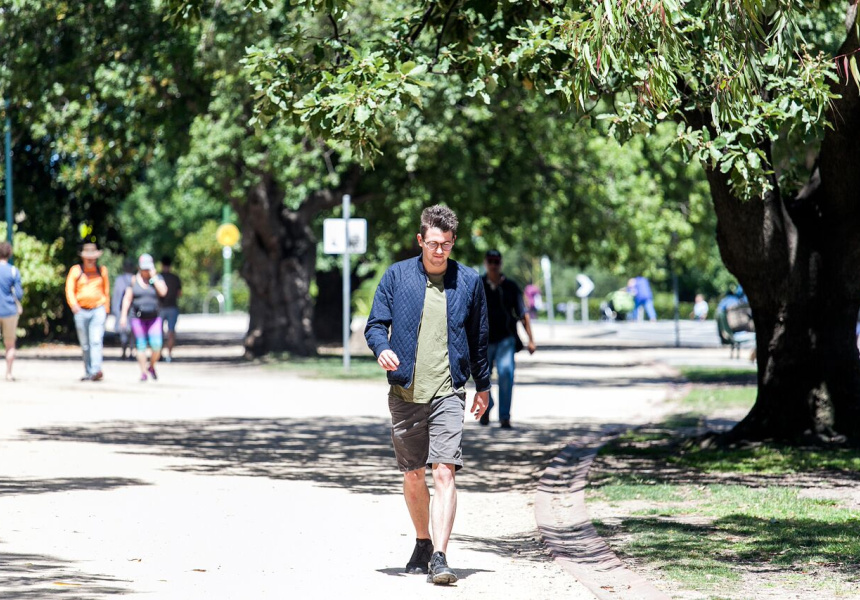 It’s the first time in a long time that I’ve heard a chef say these two things: “I don’t have trouble finding staff” and “I actually have pretty good work-life balance.”

I also don’t often sit on the grass of the Royal Botanic Gardens talking to a chef, but that’s where I find myself getting to know Charlie Carrington, chef and owner of South Yarra restaurant Atlas Dining.

He asked me to meet him at the Tan as he loves a run, and it’s the track here he pounds most mornings. He says it’s “good for me and good for my work”, and it’s his work that’s caught the attention of many food lovers in Melbourne, for a few reasons.

One, his ambitious restaurant focuses on a single cuisine for only four months at a time, changing the menu completely for each round. (He started with Vietnamese cuisine and he’s currently serving an Israeli-inspired menu). And two – he’s just 23 years old.

It’s clear Carrington has something you don’t come across often in someone so young. It’s not just passion; for a certain type of chef, it’s the long hours and busy service in which they thrive. They need people around them who feel the same way. Carrington has found his tribe early.

“I would watch cooking shows on TV, and YouTube things like Gordon Ramsay – he’s an idol of mine. And I loved the intensity of how they worked,” he says.

“I like the energy [of the industry]. It’s hard, it’s tough, it’s challenging and it’s very addictive.”

When he was 15 and still at school, he scored a job at Stokehouse in St Kilda, and after eight months of prioritising the kitchen over his homework, he left school.

“I would try to find ways to leave school early to get into the kitchen,” he recalls. “Mum and Dad weren’t happy at first, but it wasn’t really a question, it was something that just had to be.”

At 16 he sent an email to Gordon Ramsay’s Royal Hospital Road restaurant in London and landed a three-week “stage” – a temporary job where chefs work in a high-end restaurants for no pay, but loads of experience.

He returned to Melbourne and landed a trial at Shannon Bennett’s Vue de Monde, where he arrived early and stayed late, which didn’t go unnoticed.

“Cory [Campbell, the head chef at the time] came up to me, looked me in the eye and said ‘I’m not hiring you because you have any skill at all, but because you want to be here.’” Carrington stayed for 18 months, under both Campbell and chef Clinton McIver. (McIver now owns Amaru in Armadale).

After Vue, he worked in the kitchen at Sydney’s now-closed Marque under Mark Best. Victor Liong (now an owner and chef at Lee Ho Fook), was cooking there at the time and has become one of Carrington’s mentors, popping in to Atlas and offering advice and tips such as “when to serve a particular course to highlight it, rather than have it lost.”

After a stint at Clayton Bowls Club with McIver, Carrington went on “the big trip” – an eight-month journey across South America, North America, Europe and Asia that involved work for six restaurants and eventually laid the groundwork for Atlas Dining. Various cuisines have so much to offer – why not express that in a regularly changing menu?

His restaurant on Commercial Road has been open for roughly six months. He thinks the constantly changing menu is one reason he has no trouble keeping staff as there is “ always something new to learn and think about.”

There were some early-stage hiccups (“we had a few people work with us who didn’t take it seriously in the first couple of months”) but he and his team have settled into a routine. He manages to squeeze in a run or gym session in the morning, which helps clear his head.

Carrington has been in the industry for only seven years, but at the level he’s worked, he’s seen what burn-out can do to chefs and kitchen staff.

“Yep, drugs, drinking, they’re all common. It is a matter of finding other ways to wind down, so running really helps.”

It may also help that Atlas is open for just five dinners a week.

“It might not be the best financial decision but it means we make that one service a day the best it can be,” he says.

He has plans for more venues, including one called Colours of Atlas, which will have more casual versions of the food he serves in South Yarra. (“Why spend all that time learning about a country and its cuisine and not keep cooking it?”) He doesn’t know when he’ll open the first one, but says it will be “within one kilometre of Atlas Dining, and then we’ll open more, eventually around the world”.

Grand, global plans may seem naive for one so young, but for some reason it doesn’t feel that way when Carrington says it. He understands the industry in the way of a seasoned professional. He’s already found balance, and staff, so there’s no reason to doubt he’ll do it.

For the absolute latest on dining in your city, subscribe to Broadsheet's weekly newsletter. 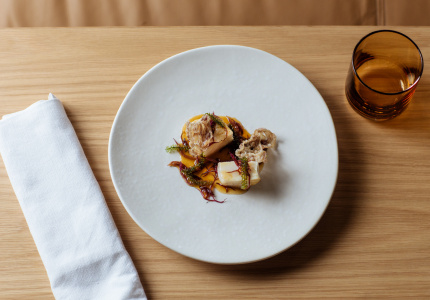