We talk to the boy from Sunshine who gained two-Michelin stars in London and is back in Melbourne cooking at Southgate’s Pure South. 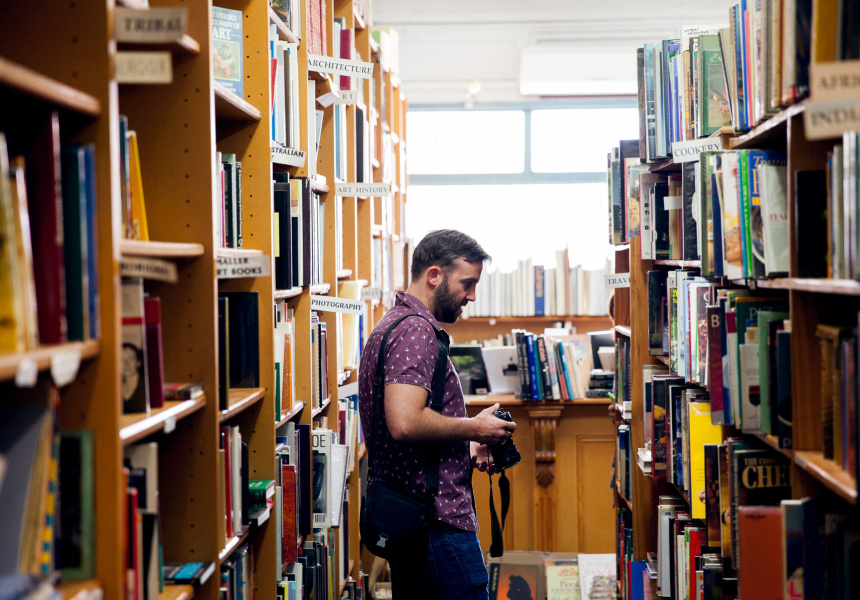 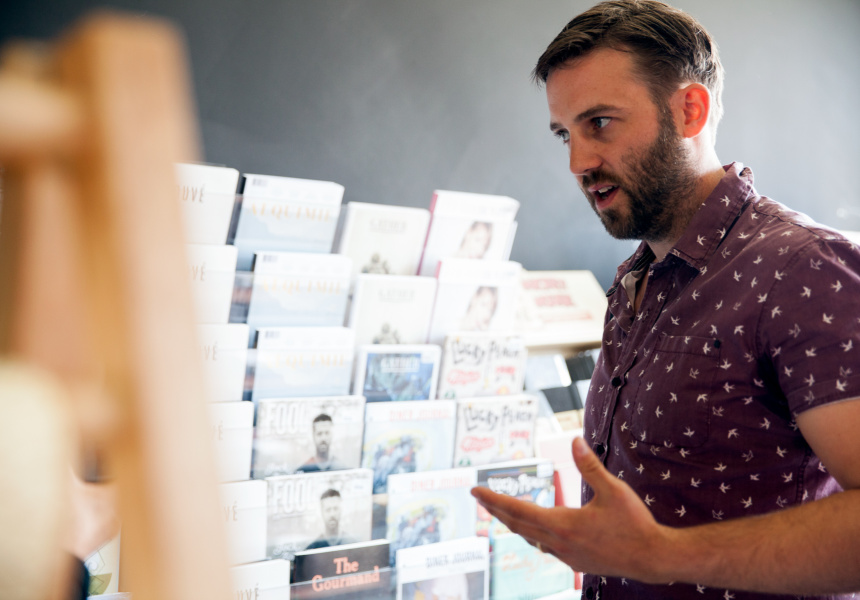 I’ve just spilled water across the table at Grace cafe and it misses Ashley Davis’s fancy camera by millimetres. I am over-apologetic, but he smiles and is completely unfazed by the moment. We quickly get back to the conversation and it becomes clear this demeanour is typical of Davis, the head chef of Southgate restaurant, Pure South. It’s a determined, calm focus from the boy who grew up in the suburb of Sunshine and returned to Melbourne from the UK 18 months ago. It was in London, at the two-starred Michelin London restaurant Hélène Darroze, that as head chef he took the venue to the much coveted two-stars. This is no small feat and while Davis knows it, he is clear and very humble about how he got there.

The cooking bug hit Davis in his teens. “I was at university studying journalism and was cooking at the Hard Rock Cafe of all places,” he says, laughing. He enjoyed cooking while studying, but slowly, “The cooking side of my life started to take over.” Davis started to immerse himself in the culture of the kitchen and decided to leave studies behind and took a job at the Hard Rock Cafe in Sydney in 2000 during the Olympics.

His chef there was an English guy who invited Davis to join him when he left the Hard Rock franchise to open his own place in Manly and Davis says, “That was my first real chef role. I wasn’t yet qualified and he took me under his wing.” The most important thing he learned there was hard work. “He taught me the work ethic that’s required to get the job done well.”

Davis stayed cooking in Manly for four years and his life changed significantly during this time. He was in the middle of a busy dinner service when his sister called with the news that their father had committed suicide. The shock of such news shook Davis’s foundation to the point where he questioned not just his cooking, but where he should base himself. “I was 21 and I’d just lost my father to suicide. I almost packed it all up and moved back to Melbourne.”

While he almost did book a one way to Tullamarine, Davis turned the moment around and decided he wanted to prove to himself that he could do more and achieve more in his life and work. “It sounds stupid, but I wanted to prove to my dad, and to myself, that I could be successful.”

Davis’s father’s alcoholism also opened his mind to the idea that at times, you just have to accept what is out of your hands but take control of what is. “I naively thought that if I just supported dad he would get better, but you can’t help someone who doesn’t want to be helped.” He had always lived with his father’s unpredictable moods and then came to the realisation that he had a new freedom and with it, a determination.

He met his wife, Janine, in Sydney. She was a university student from Germany and not too long afterwards the couple decided to move to the UK. First to Brighton and after three years to London, which is when Davis took his cooking to another level. “I’d been working as a sous chef and head chef in small Brighton restaurants and decided I needed to take one step back to take two steps forward.”

He applied for a job as chef de partie at Arbutus in London’s Soho where he thrived on the high pressure, the expectations and demands. I ask Davis what it is about some people who get a kick out of being pushed to constantly improve. “Having a high expectation of myself makes me want to prove that I can meet that expectation or better it all the time. It stems back to my dad dying and really wanting to prove something to myself. I had become the man of the family and had moved away. I couldn’t come back empty handed.”

He stayed at Arbutus for two years under chef Anthony Demetre, who Davis says was a big influence on his cooking. “He was a very hard man,” says Davis. “You never knew what mood he would be in.” I ask if this was similar to his father’s erratic behaviour, he says, “Perhaps.”

He eventually moved on and started working at London’s Connaught Hotel when French chef Hélène Darroze, who ran the hotel’s Michelin-starred dining room, spotted him. This is where Davis says the French technique he’d been trained in evolved to another level and through his work with south-west French produce his love of working directly with regional producers flourished. It is something he does daily now with Tasmanian produce at Pure South.

Within six months he was running Hélène’s kitchen. He led the team with focus and that calm demeanour. “Sure, I was tough, but we worked together and pushed the standards all the time.” One night, Hélène took him into her office and said, “We got two stars, well done.” I was shocked and thrilled. I had done what I set out to do. Proven to myself I could do it.”

He stayed there for three years maintaining the stars.

His love of books hasn’t wavered since his student journalism days; he’ll read a novel on holidays but is mad for food literature and magazines with great photography. The fancy camera I almost drowned was a wedding present for Janine and him but he says, “I’ve kind of taken it and use it a lot. It’s an extension of being creative. I don’t want to be a writer or a photographer but I think they’re connected to my work.”

Davis has worked at Pure South since he returned to Melbourne 18 months ago. The focus on Tasmanian provenance and the quality of the produce is key to his work. He’s excited about the rock lobsters that were delivered the day before we meet and talks about the oysters, the cheeses and the landscape of Tassie. 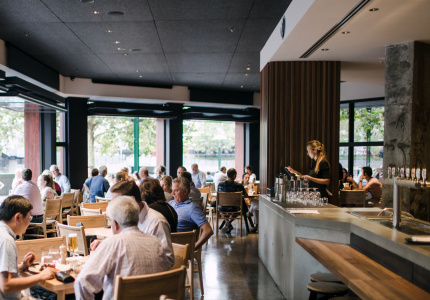